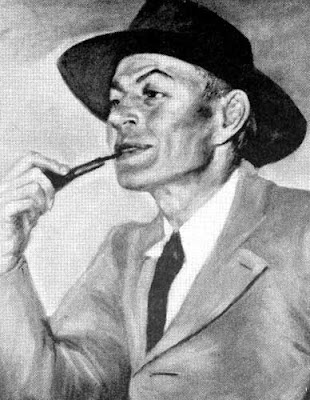 Miles of bare trees, colossal the variance within a band, gray, or the grays interrupted in the low shrubby foreground by the reds and ochres of osiers. (Reverie whilst conducting the Vibe across the gelid plant under yesterday’s storm of yellow sunlight.) Some initial desultory reading of Haniel Long’s Pittsburgh Memoranda (1935) makes me wonder if William Carlos Williams read it. Something Paterson-esque to its way of accreting and juxtaposing anecdote. Here’s a chunk, beginning with Henry Clay Frick, barely two weeks after Alexander Berkmann attempted to assassinate him (23 July 1892) in revenge for the murders, by Frick-hired Pinkerton detectives, of seven steelworkers at the Homestead strike (Long: “Berkmann told about it later: ‘Carnegie selected Frick, bloody Frick of the coke regions, to carry the program into execution. Must the oppressed forever submit? Human life is indeed sacred, but to remove a tyrant is the giving of life and opportunity to an oppressed people . . On and on rushes the engine . . “Pittsburgh! Pittsburgh!” the harsh cry of the conductor startles me . . .”), only to be subdued:

August fifth Frick walked alone across his lawn, stepped upon an open trolley car, entered his office at the stroke of eight, and rang for the morning’s mail. “If an honest American cannot live in his own home without a bodyguard, it is time to quit,” he told the reporters.

Out at Homestead it kept on, about the worst affair ever for strikers and their wives and children.

General Grosvenor called him the arch-sneak of this age.

A London paper said: “Here we have this Scotch-Yankee plutocrat meandering through Scotland in a four-in-hand opening public libraries, while the wretched workmen who supply him with ways and means for His self-glorification are starving in Pittsburgh.”

But Gladstone wrote Carnegie: “. . . simply to say . . . that no one who knows you will be prompted by unfortunate occurrences across the water, of which manifestly we cannot know the exact merits, to qualify in the slightest degree either his confidence in your generous views or his admiration of the great and good work you have done. Wealth is at present like a monster threatening to swallow up the moral life of man you, by precept and example, have been teaching him to disgorge. . Very faithfully yours . .”

A form recalling, in its jagged contours, what Williams called, in the 1927 ur-“Paterson”: the “divisions and imbalances” of the “whole concept, made small by pity / and desire . . . no ideas beside the facts—” (Long himself, in a lovely phrase, admits to putting form to work in a sort of accuracy-taming manner, counter to the wild plethora of “versions.” A paragraph detailing Berkmann’s attack reads:

Colonel Harvey told about it later (everyone told about it but Frick): “The first bullet passed through the neck near the base of the skull and down between the shoulders; the second bullet passed through the right side of the neck. Mr. Frick, in a low voice . . ‘Don’t kill him—let the law take its course; but raise his head and let me see his face . .’ The Sheriff, following the direction indicated by Mr. Prick's index finger, saw that Berkmann had a capsule between his teeth. ‘Remove that capsule.’ It contained fulminate of mercury,* enough to blow all in the room to bits.”

Long’s footnote: “The capsule of fulminate of mercury mentioned by Col Harvey and Winkler does not appear in Berkmann’s detailed account. I had arranged the cadences of my page before I noticed the discrepancy.” See Williams’s own lines at the beginning to the “Preface” to Paterson: “To make a start, / out of particulars / and make them general, rolling / up the sum, by defective means—”)

It’s resemblant cadences though—Williams to Long—that I mostly note. Out of Paterson:

A false language. A true. A false language pouring—a
language (misunderstood) pouring (misinterpreted) without
dignity, without minister, crashing upon a stone ear. At least
it settled it for her. Patch too, as a matter of fact. He
became a national hero in ’28, ’29 and toured the country
diving from cliffs and masts, rocks and bridges—to prove his
thesis: Some things can be done as well as others.

So far everything had gone smoothly. The pulley and ropes were securely fastened on each side of the chasm, and everything made in readiness to pull the clumsy bridge into position. It was a wooden structure boarded up on both sides, and a roof. It was about two o'clock in the afternoon and a large crowd had gathered—a large crowd for that time, as the town only numbered about four thousand—to watch the bridge placed in position.
That day was a great day for old Paterson. It being Saturday, the mills were shut down, so to give the people a chance to celebrate. Among those who came in for a good part of the celebration was Sam Patch, then a resident in Paterson, who was a boss over cotton spinners in one of the mills. He was my boss, and many a time he gave me a cuff over the ears.
Well, this day the constables were on the look for Patch, because they thought he would be on a spree and cause trouble. Patch had declared so frequently that he would jump from the rocks that he was placed under arrest at various times. He had previously been locked up in the basement under the bank with a bad case of delirium tremens, but on the day the bridge was pulled across the chasm he was let out. Some thought he was crazy. They were not far wrong.

Out of Williams’s letter dated 31 May 1951: “I have no recollection when it was that I first began thinking of writing a long poem upon the resemblance between the mind of modern man and a city.” And: “The thing was to use the multiple facets which a city presented as representatives for comparable facets of contemporary thought thus to be able to objectify the man himself as we know him and love him and hate him.” And Long, toward the end of Pittsburgh Memoranda: “A city finds life when a human being / finds life, when he learns how to walk between / forgetting and remembering the self.”