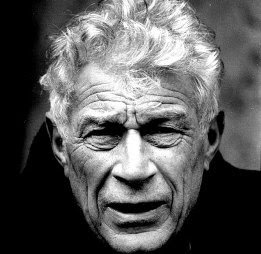 Identified thus: Ethics, Part V, Proposition XIII, Proof. I long to make of that an argument for plethora and welter, clot and burgeon. (Just now I walked under a series of sycamores, each brimming with noisy crows, skirl and abate, splutter and caw.) I long to see in the implacable surge of “mere” incongruous joining a mimicry of worlding. Berger (“The Moment of Cubism”):

The moment at which a piece of music begins provides a clue to the nature of all art. The incongruity of that moment, compared to the uncounted, unperceived silence which preceded it, is the secret of art. What is the meaning of that incongruity and the shock which accompanies it? It is to be found in the distinction between the actual and the desirable. All art is an attempt to define and make unnatural this distinction.

Words, mustered, to placate and measure amorphous desire. (Spell of greasy intangibility ascending into the easy gloom of a fugue state, the air’s “molecules”—invention of my flight—seemingly disporting out of their usual grainy regularity.) Writing seems so unanchored, fraught by its perpetual lambency, its immaterial way of grazing, barely making contact with the world. How writing longs to be drawing. Berger: “When I’m drawing . . . I have the impression at certain moments of participating in something like a visceral function, such as digestion or sweating, a function that is independent of the conscious will. This impression is exaggerated, but the practice or pursuit of drawing touches, or is touched by, something prototypical and anterior to logical reasoning. . . . When I’m drawing I feel a little closer to the way birds navigate when flying, or to hares finding shelter if pursued, or to fish knowing where to spawn, or trees finding a way to the light, or bees constructing their cells.” (Handwriting—execrable, torturous, smeary, wayward—handwriting isn’t writing. Berger: “Write by hand with a knuckle bleeding. Like this blood underlines some of the words.” Again: handwriting isn’t writing.) Berger’s plethora, pilings up, a chrestomathy:

Soft. Medium. Hard. Traces made by the soft graphite are jet black like thick hair, and traces made by the hard are like hair turning grey. Graphite, as skins do, has its own oils. It is a very different substance from the burnt ash of charcoal. Its sheen when applied on paper is like the sheen on lips.

‘Lace is a kind of white writing which you can only read when there’s skin behind it.’

I’m drawing with black ink (Sheaffer) and wash and spit, using my finger rather than a brush. Beside me on the grass, where I’m sitting, are a few sheets of coloured Chinese rice paper. I chose them for their cereal colours. Maybe later I will tear shapes from them and use them as collage. . . .
Irises grew in Babylon. Their name came later, from the Greek goddess of the rainbow. The French fleur de lys was an iris. . . .

The philosopher Baruch Spinoza (1632-1677)—generally known as Benedict (or Bento) de Spinoza—earnt his living as a lens-grinder and spent the most intense years of his short life writing On the Improvement of the Understanding and the Ethics, both of which were only published posthumously. We know from other peoples’ souvenirs and memories of the philosopher that he also drew. He enjoyed drawing. He carried a sketchbook around with him. After his sudden death—perhaps from silicosis, a consequence of his grinding lenses—his friends rescued letters, manuscripts, notes, but apparently didn’t find a sketchbook. Or, if they did, it later got lost.
For years now, I have imagined a sketchbook with his drawings in it being found. I didn’t know what I hoped to find in it. Drawings of what? Drawn in what kind of manner? De Hooch, Vermeer, Jan Steen, Gerard Dou were his contemporaries. For a while in Amsterdam he lived a few hundred metres away from Rembrandt, who was twenty-six years his elder. Biographers suggest the two of them probably met. As a draughtsman Spinoza would have been an amateur. I wasn’t expecting great drawings in the sketchbook, were it to be found. I simply wanted to reread some of his words, some of his startling propositions as a philosopher, whilst at the same time being able to look at things he had observed with his own eyes.

The centre of the city of Dresden was still razed to the ground when I first met Erhard Frommhold there in the early 1950s. The Allied bombing of the city on February 13, 1945, had killed in a single night 100,000 civilians; most of them burnt to death in temperatures that reached 1800° Fahrenheit. 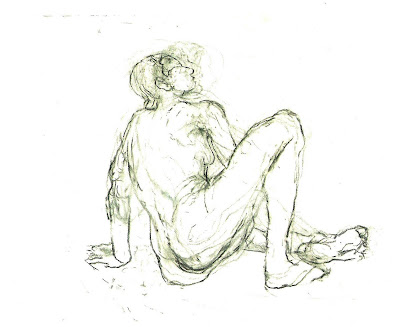 “We call it the Bridge, because our weight is suspended between our left hand palm down on the floor and our right foot also flat of the floor. Between those two fixed points the whole body is expectant, waiting, suspended.

“The paper became grey with alterations and cancelations. The drawing didn’t get better, but gradually she, about to stand up, was more insistently there.” 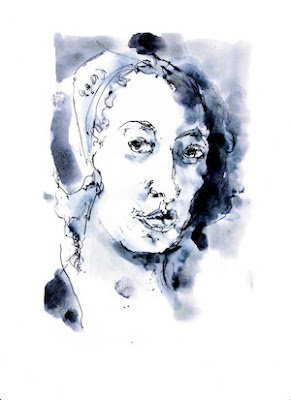 John Berger, “From a Woman’s Portrait by Willem Drost”

“This pupil of Rembrandt was called Willem Drost. He was probably born in Leiden. In the Louvre in Paris there is a Bathsheba painted by him which echoes Rembrandt’s painting of the same subject painted in the same year. Drost must have been exactly contemporary with Spinoza. We don’t know where or when he died.

“She is not looking at the spectator. She is looking hard at a man she desired, imagining him as her lover. This man could only have been Drost. The only thing we know for certain about Drost is that he was desired precisely by this woman.

“. . . To be desired is perhaps the closest anybody can reach in this life to feeling immortal.”