Against the cop morality of regularly used lingo’s own consensus, its wholly sapped and degraded history of routine inconsequence unmitigated by desire, its urban model of public-space-presumed-incontestable (and free) disfigured by the violence of its lack of efficacy, one turns to the guffaw, the measly, the treasonous, the freebie. Some tender doodle picayune re: the red detachment of women ends up deposited in a slot, overlooked by the brokerage boys. And the writing? (Out of a voice querulous with the nullity of its proposed naïveté.) Oh, the usual post-messianic pshaws and hellbenders of a minister caught with smudges of lipstick rouging ‘up’ a detachable inch of ‘collar.’ Writing indiscriminant and thin: the removable stain of ordinary excess, the work of a checker of identity papers. To quote the toybox: ‘To curtly cork up casuistry’s common con, a conk’d out caustic, the collateral cud of concept’s contumely and cack, forth is call’d.’

“For us, art is that which we find under this name: something which simply is, and which doesn’t need to conform to laws in order to exist; a complicated social product.” De Duve quoting Robert Musil, out of the Diaries. What de Duve omits is Musil’s subsequent entry: “Art: expression of a individuality.”


“Sociology . . . butts up against consensus, not as fact but rather as idea, postulate, or presupposition. Sociology doesn’t merely take stock of society’s existence; it posits a concept that it calls the social and whose unity, constancy, and necessity lie beyond empirical investigations. Sociology postulates that there is as us . . .” (Thus, my routine “us,” its inanity justify’d by its poker-faced commitment to vex any assumed need or desire for consensus . . .)


“Art, you say, is everything we call art, but the we is not a given. You have been to the school of suspicion and know that humans rarely say ‘I’ in unison without having been forced to do so. Consensus, when it exists, is always suspect of not having been spontaneous, a cover for power and its abuses. But when it does not exist it needs to, like a horizon line in the name of which the abuses of power may be denounced.” (Consider the meaning of that against the seemingly uproarious consensus re: Ashbery—Bloom’s “Ashbery seems to be to the second half of our century what Stevens and Yeats were to the first”—that sort of thing. Consider it against the case of Rae Armantrout’s recent “ascent” and look for spontaneity’s undergirdings there in the market sector, the corporate-academic-institutional sector, &c. As O’Hara so memorably put it: “I’m not saying that [Ashbery, Armantrout, &c.] don’t have practically the most lofty ideas of anyone writing today, but what difference does that make? They’re just ideas . . .” Look at power grabs and “arrangements” . . .)


“You are facing an abrupt alternative that allows for no neutrality. Either you make the values of the avant-garde your own and you become a militant of the political revolution, or at least of the cultural one; or else you castigate and fight these values and you also become a militant, a reactionary or at least a conservative one. In both cases, you place yourself in an agonistic field which is that of the very practices whose historian you are. In both cases, art—that which, as a convention or a concession, you call art—has a symptomatic value of reflection or of premonition of the state of social struggle. And in both cases, these values are essentially constituted through negation. It is the negativity of the avant-garde that stokes the conservative historian’s resentment at seeing nothing in it but a vast enterprise of dehumanization. It is the same negativity that enthusiastically bloats the utopian historian’s prophecies in seeing in the avant-garde a healthy clearing out before tomorrow’s victory celebration. And it is still the same negativity that sharpens the vision of the critical historian in seeing in the avant-garde a resistance to the one-dimensional flattening of ‘affirmative’ culture. These are more or less the political choices open to you, but nothing stops you from pushing them even further by denying them in their turn, as the most recent avant-gardes do. More radical than the frightened conservative, you could pursue antihumanism, to the point of bestiality or angelism, or toward the reawakening of the superman. More disenchanted than the former utopian avant-gardist, you could proclaim that alienation is a virtue and that the lack of future is the truth of the tabula rasa. More subversive that the theorist of negative dialectics, you could go so far as to negate dialectics and play the game of cynicism, mimetic camouflage, and passivity.” (Strategies assignable amongst the recent “playas” un peu partout, though certain to occasion some arguments vifs.To wit: Is it the “necropastoral” minnesinger or the “flarf” honker who most succinctly fits the anti-humanism-contaminated-with-bestiality prong? Is it the power-accommodating conceptualist “typist” or the mock-geneticist encoder of bacterial DNA whom “we” ought crown with virtuous alienation’s unsign’d “writerly” hat, or bat? Is the post-takeover lockdown of “J2” the prime contemporary example of cynicism and “mimetic camouflage,” or is it the Poetry Foundation’s move to become a kind of literary Disney World?)


“Aren’t you concerned that the dialectical equation of art and anti-art might have congealed into a perverse tautology, now that even the middle class collects its products? Aren’t you bored by the phoniness of a good part of Duchamp’s legacy? Don’t you feel the powerlessness of avant-garde art to elicit indignation from a society that is too liberal but still not free enough, too eager to mask its conflict behind pluralism and too anxious to clothe its consent for cultural illiteracy in the rages of dissidence?” 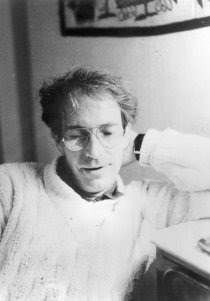