Frank O’Hara, talking about a 1953 Joan Mitchell painting: “It is strikingly vital and sad, urging black and white lights from the ambiguous and sustained neutral surface, reminding one of Marianne Moore’s remark on obscurity: ‘One must be only as clear as one’s natural reticence permits,’ and making its point through deliberate avoidance of specific forms.” Moore’s remark occurring in “Feeling and Precision,” in a restrained palaver regarding “sentence structure” (“One of New York’s more painstaking magazines asked me . . . to analyze my sentence structure, and my instinctive reply might have seemed dictatorial: you don’t devise a rhythm, the rhythm is the person, and the sentence but a radiograph of personality”) and some “aids to composition” three:

. . . if a long sentence with dependent clauses seems obscure, one can break it into shorter units by imagining what phrases it would fall into as conversation; in the second place, expanded explanation tends to spoil the lion’s leap—an awkwardness which is surely brought home to one in conversation; and in the third place, we must be as clear as our natural reticence allows us to be.

My instinct is to proceed with my instinct, so: it occurs to me that the inheritor of Marianne (“we must have the courage of our peculiarities”) Moore’s lovely rhythmic sense—she speaks somewhere, too, of “a naturalness so studied as to annihilate itself” and of “superlatives, and certainties so sanguine as somehow to seem like uncertainties”—is Gary Lutz. The Lutz who says:

I try to be faithful to the way my nervous system handles the world. I can take in only one little thing at a time, and then only haltingly. There’s not much ongoingness, not much of a big picture, in my processing of inner and outer experience; there’s just a stutter of encapsulations, one after another. Maybe that explains why in my fiction the sentence and not the paragraph seems to be the unit and why there rarely seems to be a plot.

And adds: “I like definitions and compressive statements; I like things that sound definitive and compacted and quietingly final. I prefer the concentrated versions of anything.” “Quietingly final” sounds Moore-tinted to me. Or, think of the scrupulous complexity of Moore’s clarity (interviewed by Donald Hall for The Paris Review, she says: “I think the most difficult thing for me is to be satisfactorily lucid, yet have enough implication in it to suit myself. That’s a problem. And I don’t approve of my ‘enigmas,’ or as somebody said, ‘the not ungreen grass’”)—there’s a palpable delight there in the precise engineering of the tumblers of meaning, their apposite timing and release. Lutz:

I can spend large blocks of time within the enclosure of a single sentence, so by the time I get finished with a sentence, there might be a lot of emotional stress on the words. I think there can be a kind of micro-narrative unfolding within a single sentence, and I think that emotions can surge in the tiniest sectors of a sentence; the story, to me, needs to be in the syntax itself . . .

With uttermost randomness, one examines the beginning of Moore’s 1934 “The Frigate Pelican”:

Rapidly cruising or lying on the air there is a bird
that realizes Rasselas’s friend’s project
of wings uniting levity with strength. This
hell-diver, frigate-bird, hurricane-
bird, unless swift is the proper word
for him, the storm omen when
he flies close to the waves, should be seen
fishing, when he cares to fish,
although he seems to wish

to take, on the wing, from industrious cruder-winged species,
the food they have caught, and is seldom successless.

Is it that “successless” that so abruptly, humorously, points to the sentence’s daffy constructedness that makes one think of Lutz? Random Lutz plunk-down (out of the story, “Esprit de l’Elevator,” in the 1996 Stories in the Worst Way):

One morning the supervisor stuck his head into my doorway and, taking in the undeserved spaciousness of the office, asked whether I thought I could maintain my level of performance if an additional employee were assigned to the room. Having always been sympathetic toward whoever has hired me when he discovers by galling degrees the set of fixations I bring to bear on even the most perfunctory of tasks, I said yes. A second desk was presently steered into the office. A man was brought in to sit at the desk with his back toward me. By the end of the first hour, my every movement had become an exact but involuntary belittlement of his swivelings, his head-tossings and hair-sweeps, the flights of his arms. I felt thrown off my body. The accuracy went out of my work.

Isn’t the full-blanch bravado of “the accuracy went out” akin to Moore’s “successless”? (I love how the reader’s allowed to (or must) run through the “by galling degrees” that particular sentence’s own “set of fixations” in order to arrive at the reply, “yes.”) Or, page-turning, Lutz’s Moore-like aside “(Littlenesses, piled high, do not suddenly amount to anything immense.”) Savvy in its obviousness (and good-humoredly oblivious to its savvy), the kind of remark that—oddly, implausibly—repels irony’s constant essay at purchase, and betrays a remarkably just savoir-vivre. See Moore’s own “We call climax a device, but is it not the natural result of strong feeling?” 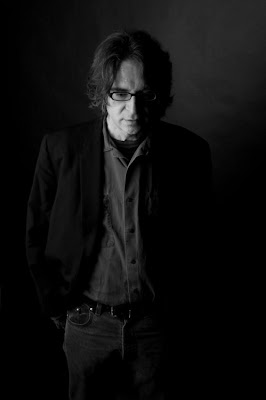