And outtakes of outtakes, the weather’s futile iterancy. Insomniac thrashings and the (hence) dubbed day. Deutschlandfunk. Something accidentally called to my attention (Durs Grünbein, in The Vocation of Poetry): Auden’s lines in “Rimbaud” (1938).

Verse was a special illness of the ear;
Integrity was not enough; that seemed
The hell of childhood: he must try again.

Music, no? (Earlier Auden’s posited it: “in that child the rhetorician’s lie / Burst like a pipe.”) Out and out blotto music to dun the constant will of lingual “sense,” the way the saying lies down in the path of its own saying (and refuses to budge). Music that exists to combat “integrity,” the “lie” of rhetoric. Ah, the happy Traum of out-doing rhetoric, how any move to dodge or break through its regulatory flourish and flush is—like the avant-garde—nimbly and with rout immediacy—“always already”—recuperated: language absorbing (ravished by) its ravaging . . .

Which is not what I found myself thinking in the chamois-colored light of 4 a.m., between trepidatious bouts of my anxiety (that “hoofed geomancer”) climbing the walls. There (meaning then) something festered “within” about the cordon sanitaire of my singleminded-ness, how “settling in” with a book gears the night down to a crawl. Funk oder Äther? The irrelevancy of any ordinary monocular gaze at “Landscape plotted and pieced.” How the trajectory of focus is liable to become no trajectory at all: a regime, a pool’s “pooling” by means of a single re-circulatory pump. So, today, in the dubbed-in light of morning, a v. o. story. Nod off if you know it. Out of Louis Agassiz as a Teacher: Illustrative Extracts on His Method of Instruction, with introductory note by Lane Cooper (1917), an excerpt out of The Autobiography of Nathaniel Southgate Shaler (1907):

When I sat me down before my tin pan, Agassiz brought me a small fish, placing it before me with the rather stern requirement that I should study it, but should on no account talk to any one concerning it, nor read anything relating to fishes, until I had his permission so to do. To my inquiry, ‘What shall I do?’ he said in effect: ‘Find out what you can without damaging the specimen; when I think that you have done the work I will question you.’ In the course of an hour I thought I had compassed that fish; it was rather an unsavory object, giving forth the stench of old alcohol, then loathsome to me, though in time I came to like it. Many of the scales were loosened so that they fell off. It appeared to me to be a case for a summary report, which I was anxious to make and get on to the next stage of the business. But Agassiz, though always within call, concerned himself no further with me that day, nor the next, nor for a week. At first, this neglect was distressing; but I saw that it was a game, for he was, as I discerned rather than saw, covertly watching me. So I set my wits to work upon the thing, and in the course of a hundred hours or so thought I had done much—a hundred times as much as seemed possible at the start. I got interested in finding out how the scales went in series, their shape, the form and placement of the teeth, etc. Finally, I felt full of the subject, and probably expressed it in my bearing; as for words about it then, there were none from my master except his cheery ‘Good morning.’ At length, on the seventh day, came the question, ‘Well?’ and my disgorge of learning to him as he sat on the edge of my table puffing his cigar. At the end of the hour’s telling, he swung off and away, saying: ‘That is not right.’ Here I began to think that, after all, perhaps the rules for scanning Latin verse were not the worst infliction in the world. Moreover, it was clear that he was playing a game with me to find if I were capable of doing hard, continuous work without the support of a teacher, and this stimulated me to labor. I went at the task anew, discarded my first notes, and in another week of ten hours a day labor I had results which astonished myself and satisfied him. Still there was no trace of praise in words or manner. He signified that it would do by placing before me about a half a peck of bones, telling me to see what I could make of them, with no further directions to guide me. I soon found that they were the skeletons of half a dozen fishes of different species; the jaws told me so much at a first inspection. The task evidently was to fit the separate bones together in their proper order. Two months or more went to this task with no other help than an occasional looking over my grouping with the stereotyped remark: ‘That is not right.’ Finally, the task was done, and I was again set upon alcoholic specimens—this time a remarkable lot of specimens representing, perhaps, twenty species of the side-swimmers or Pleuronectidae.
I shall never forget the sense of power in dealing with things which I felt in beginning the more extended work on a group of animals. I had learned the art of comparing objects, which is the basis of the naturalist’s work. At this stage I was allowed to read, and to discuss my work with others about me. I did both eagerly, and acquired a considerable knowledge of the literature of ichthyology, becoming especially interested in the system of classification, then most imperfect. I tried to follow Agassiz’s scheme of division into the order of ctenoids and ganoids, with the result that I found one of my species of side-swimmers had cycloid scales on one side and ctenoid on the other. This not only shocked my sense of the value of classification in a way that permitted of no full recovery of my original respect for the process, but for a time shook my confidence in my master’s knowledge. At the same time I had a malicious pleasure in exhibiting my ‘find’ to him, expecting to repay in part the humiliation which he had evidently tried to inflict on my conceit. To my question as to how the nondescript should be classified he said: ‘My boy, there are now two of us who know that.’

Helen Macdonald quotes the opening lines of Shaler’s excerpt as epigraph in Shaler’s Fish (Etruscan Books, 2001). Source, Shaler is, one presumes, for Pound’s opening gambit in ABC of Reading? Pound:

The proper METHOD for studying poetry and good letters is the method of contemporary biologists, that is careful first-hand examination of the matter, and continual COMPARISON of one ‘slide’ or specimen with another.
No man is equipped for modern thinking until he has understood the anecdote of Agassiz and the fish:
A post-graduate student equipped with honors and diplomas went to Agassiz to receive the final and finishing touches. The great man offered him a small fish and told him to describe it.
Post-Graduate Student: ‘That’s only a sunfish.’
Agassiz: ‘I know that. Write a description of it.’
After a few minutes the student returned with the description of the Ichthus Heliodiplodokus, or whatever term is used to conceal the common sunfish from vulgar knowledge, family of Heliichtherinkus, etc., as found in textbooks of the subject.
Agassiz again told the student to describe the fish.
The student produced a four-page essay. Agassiz then told him to look at the fish. At the end of three weeks the fish was in an advanced state of decomposition, but the student knew something about it.

Notable in Pound’s version: slight contempt for the precision of the binomial (Pound’s crass “Ichthus Heliodiplodokus, or whatever term is used to conceal the common sunfish from vulgar knowledge”) and wholesale avoidance of the anecdote’s tacit argument for systems of difference and classificatory practices determining meaning, as opposed to mere “looking.” (Thus, say, Guy Davenport: “The meaning of the world, said Wittgenstein, is outside the world. Events and values are distinguishable only in relation to others. A totality of events and values, the world itself, requires another.”) As Helen Macdonald puts it in the lovely opening piece of Shaler’s Fish: “which script goes is unrecognised by this one, is pulled by the ear . . .”:

Wren. Full song. No subsong. Call of alarm, spreketh & ought
damage the eyes with its form, small body, tail pricked up & beak like a hair

trailed through briars & at a distance scored with lime scent in the nose
like scrapings from a goldsmith’s cuttle, rock alum & fair butter well-temped

which script goes is unrecognised by this one, is pulled by the ear
in anger the line at fault is under and inwardly drear as a bridge in winter

reared up inotherwise to seal the eyes through darkness, the bridge speaks
it does not speak, the starlings speak that steal the speech of men, uc antea

a spark that meets the idea of itself, apparently fearless.
Ah cruelty. And I had not stopped to think upon it

& I had not extended it into the world for love for naught. 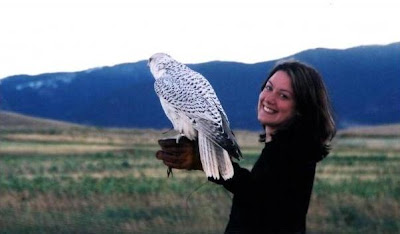