Mull predicament, a collapsing index of sorts, indeterminacy of excess. The plaintive spells tossed out by sheer venal input. Hrabal (Vita Nuova, that “text I wrote in one long inhalation and exhalation” with its “crosswise probe into my subconscious and beyond” likened to “the unexpected discoveries made by Mr. Barrande when he built the Prague railroad . . . trilobites in the diagonal layers of rock”: core samples out of the endlessly working maw the world’s millions, of speech masticating speech . . .): “. . . in one of the rooms I saw dozens of flagpoles streaming with peasant rights written on strips of parchment and those strips were like the fluttering ribbons of a folk costume like the long hair of horse’s tail With every movement and every quiver they commingled to form millions of sentence combinations millions of word variations based on nothing more than an alphabet of a few dozen letters . . .”

Hrabal (quoted in Radko Pytlík’s The Sad King of Czech Literature): “As a rule, I have to wake up for writing unprepared, in a state of weakness, even in a sort of aphasia. Slowly and mechanically, I shave; unshaven I would never write a single line; I even scent myself with birch water and oil, and then, brooding, I sit down for a coffee; I like to drink coffee in the morning and I never eat. If I eat, that’s it for writing and thinking. So I drink coffee and I smoke and I sip Nescafé and that’s how I get myself into that ‘null’ situation, that zero state which the Greeks designated as the beginning of mystical thinking.”

Recalling the days in Libeň on the street called Na hrázi (meaning “on the dyke”) with the painter Vladimír Boudník (who’s quoted in Vita Nuova shouting out “And over there in Paris I even spy Mr. Seufaur who wrote that abstract lyrical graphics are my invention my active graphics my explosionalism! [. . .] Greetings Mr. Pollock all the way from Prague . . . In all the world only two number ones remain you Mr. Pollock and I two focal points of the one ellipse . . .”) and others (out of Pirouettes on a Postage Stamp):

. . . our favourite reading matter was Lao Tzu—just one sentence, a different one every time, and that kept us going all evening. Because the sun could never shine into the flat, I would haul a chair and a little table all round the yard, and I would even seek the sun on the shed roof, which caught its warmth at setting. There I had a divan and a chair with the legs cut down to compensate for the slope of the roof; I even had two chairs because I used one to write on; I wrote on a Perkeo typewriter, a superb machine, a German portable dating back to the Sezession, which had no Czech accents. Because one time my brother left his St Bernard with me, I had the yard full of local boys, and the St Bernard loved kids and they loved him. It was summertime and we would dress him in swimming trunks and the boys would take him across the main road, across the bridge, down to the river, where we went swimming. I even wrote about it, that the street was really on the dyke of eternity, also for the reason that whoever lived in that little house with a yard, in the front part, which had an upper storey, everyone was called Mr Fiala. Because the house had belonged to a Mr Fiala—paints and dyes—so everyone was called Mr Fiala; I too was Mr Fiala, Vladimír Boudník was Mr Fiala, everyone . . .

Out of Vita Nuova: “. . . At first there’s astonishment but then you begin to analyze which in turn leads to a remoteness a certain passivity but not to worry that’s nothing but humility a speak of anticipation a moment prior to the holy announcement when your eyes are wide open and your soul is wide open and suddenly the passivity is turned on its head and it’s not just the you want to take it all down you must take it all down and a writer is one who transcribes what he has seen what has been revealed and the whole thing is a huge kick in the pants knowing there’s something out there other than yourself . . . So my husband blathered on . . .” 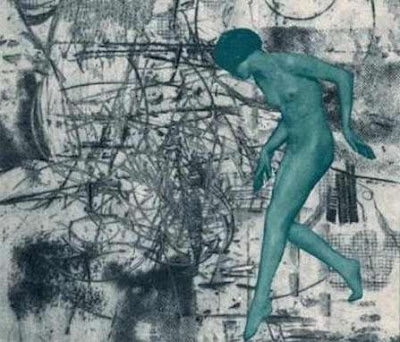 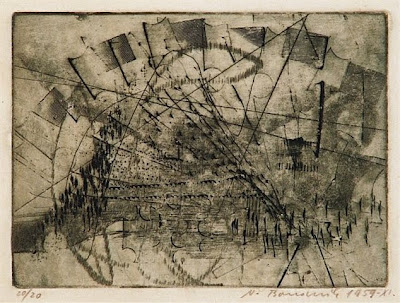 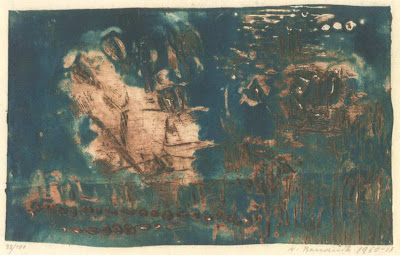 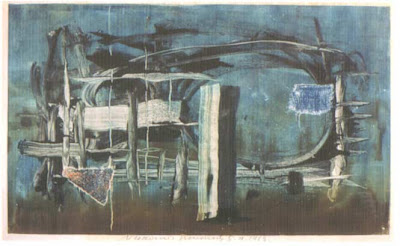 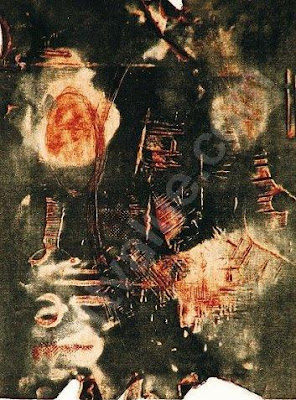 Vladimír Boudník, out of the cycle “Unconventional Calibers” 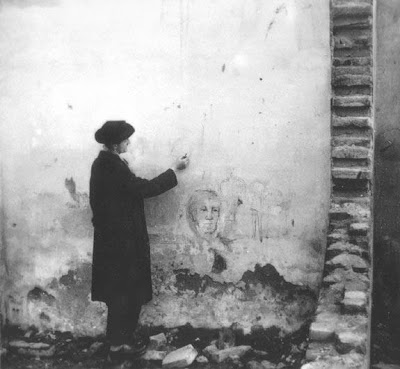