Skeptical of the promissory note prosit (that exiguous saluti deemed the undeniably accoutrement of arrangement) of mere form. Is (plus ou moins) what I think reading Thomas McGrath recalling Pound’s imagist heave (“I remember ‘a new rhythm is a new idea’ (which I don’t believe, but it was a shocker to hear that), and the idea that the poems could be made out of looking at a thing and saying what was there”). (McGrath’s misremembering there Amy Lowell’s “In poetry, a new cadence means a new idea,” out of the Preface to the 1915 Some Imagist Poets.) (I love that line in Abhorrences, in Dorn’s “Handle me lustily . . . ere the blood-rush cease,” where he’s examining a copy of The Collected Poems of Charles Olson, just out (“it’s got California / stiff-as-a-board sensibility all over it. / The dark, threatening, diamond studded / baton of the neo cortex leeches out into the Nowhere. / It smells like eucalyptus instead of cod”), and gently snookers the formal import of the thing with:

But I’m concerned, everybody around here’s concerned.
Therefore we pass it around the table
and for some time thereafter
we throw words all over the page.

Form’s deal’s to make too big a deal of itself.) McGrath (how the “decorative” is inevitably heir to the “new”—a thing plain to see today in the American Hybrid-style works partout . . .):

. . . one of the things Pound . . . taught, and it caught on, was the idea of looking at something and seeing it. The Imagists looked at pretty things or beautiful things—conventionally beautiful—and it got to be like decorative painting, I think, and a little too beautiful, probably. Then, the next group were, first of all, Objectivism—which I think is one of the basic things in poetry. It’s not that I’m mad about the Objectivist poets, because I think they were too tied to whatever their subject was, to whatever they were looking at. But they moved away from the decorative, the beautiful and so on, and out into the street, and looked at what was happening there—like Reznikoff with the lanterns around the manhole, or Oppen, or Rakosi. That was a powerful step, too.

(McGrath seems to elide Reznikoff’s “About an excavation / a flock of bright red lanterns / has settled”—numéro 25 in the 1934 Objectivist Press-printed Jerusalem the Golden—with lines out of one of Zukofsky’s “There are different techniques” sonnets in “A”-7—the stoop-examined sawhorses with their “red lamps”:

Horses: who will do it? out of manes? Words
Will do it, out of manes, out of airs, but
They have no manes, so there are no airs, birds
Of words, from me to them no singing gut.
For they have no eyes, for their legs are wood,
For their stomachs are logs with print on them,
Blood-red, red lamps hang from necks or where could
Be necks, two legs stand A, four together M.
“Street Closed” is what print says on their stomachs;
That cuts out everybody but the diggers;
You’re cut out, and she’s cut out, and the jiggers
Are cut out, No! we can’t have such nor bucks
As won’t, tho they’re not here pass thru a hoop
Strayed on a manhole—me? Am on a stoop.

Under the somewhat limited regime of “works with manholes”—hunh?—there’s, too, one by Karl Shapiro (“Like Mayan calendar stones, unliftable, indecipherable, / . . . notched and whelked and pocked and smashed / With the great company names / (Gentle Bethlehem, smiling United States) . . .”) The hazard of goopy sentiment apply’d to the State is . . .) McGrath continues (in a 1987 interview, out of the Reginald Gibbons and Terrence Des Pres-edited Thomas McGrath: Life and the Poem):

I think what it [Objectivism] left out was that objects exist in a fluid world. They have to exist with people; people put them there. There are reasons for putting something here or there or the other place. And so what they didn’t see was social movement; or probably they did, God knows Oppen knew everything about that. But he had learned a way of working in poetry, and I don’t think he ever came back to the social (he was an old revolutionary, a Communist Party organizer for years before he went to live in Mexico). I think the best of those people are some of the really fine poets of these times. But, by and large, I think what Objectivism did was—like the worst part of what I see in William Carlos Williams—they began to be tied to the object, and became a kind of commodity fetishism in poetry.
That’s not true, naturally, of the late Williams, where, after The Desert Music, then the poems begin to sing, and they’re not so tied to objects. “The Red Wheelbarrow” is a terrible poem, in my opinion. Items in it are fine—but the first line doesn’t tell you a goddamn thing! It’s a terrible presumption, you know: “so much.” How much? What?—“depends upon” this? A better, a far better poem, is a poem about the same time called “Nantucket.” At the end of that poem he puts a key there, and that, in the whole poem, just opens like an enormous flower of possibility. What happens when you use the key in this place that seems nature morte?

Flowers through the window
lavender and yellow

Sunshine of late afternoon—
On the glass tray

a glass pitcher, the tumbler
turned down, by which

a key is lying—And the
immaculate white bed

One thinks of how McGrath’d likely cotton to something like J. H. Prynne’s reading in Field Notes of Wordsworth’s “The Solitary Reaper” with its insistence on a whole unsung compendia of political and economic (human) contexts omitted therein, akin to what McGrath sees missing in Williams’s “The Red Wheelbarrow,” or barely hinted by that “key” in “Nantucket.”) Plenty kudos to McGrath’s demand that the social be in service and witness to something more than mere self-appraisal and group-formation . . .

Odd to find a piece by McGrath—one of the “New Poems” in the 1964 New and Selected Poems—seemingly in reply to William Stafford’s 1962 “Traveling through the Dark”:

The Deer in the Ditch

We saw him there in the dry season among the burning
Daisies. Knocked off the road by a car, neck broke, his haunch
Open like a book of flesh.
Slack center of the day’s eye,
He flashed still for the flies to gloss him into the dark.

Many were the losses on the roads that year my brother was dying,
Chair-broken, geared to his death, wheeling toward night while
The C.I.A. killed Cubans.
Dead Reds. Dear brothers. Deer
In the ditch.
Tokens . . .
so much steel and so little breath.

These passings like fictions have nothing to do with each other.
Going back there in the fast sun of the new-summer fact,
I read the right of way, seeking a sign in the ditch, convention
Of wild flowers maybe (where the bone went home) enriched by mild flesh.

But there are no evidences of such deaths.

If Bob Perelman and others (some years later in a “talk” brouhaha printed in Hills 6/7 [1980]) found in Stafford’s piece all the faults of the “voice” poem (Perelman says “the I is in a privileged position, unaffected by the words” and labels it “a typical neo-academic dirge for nature”—in The Marginalization of Poetry, Perelman suggests Stafford “writes an easily consumable pathos, invoking a community of isolate drivers—‘us all’—none of whom can ‘swerve’ for the way things are ‘vaguely realizing westward’”—Perelman there jimmying the Robert Frost clause gratuitously in like an outright gift), McGrath makes it clear that—“the book of flesh” notwithstanding—there’s no reading the natural world to explain away the savage incomprehensibilities of man. Cubans murdered by the Central Intelligence Agency, brothers, “Deer / In the ditch”: “These passings like fictions have nothing to do with each other.” Though—“naturally”—they do, too: the continual evidentiary lack, the way “we,” like flies, only succeed in glossing all “such deaths”—any—“into the dark.” 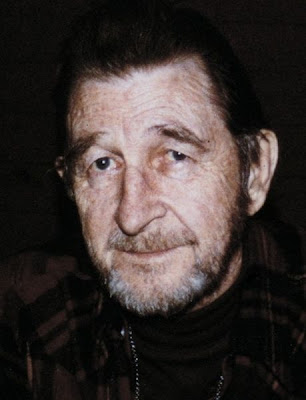