Humidity unfurled and dropped over the “vicinity” like a blanket, T-storms in the offing. Some aspect of the carking witlessness in its guise of smarm in Friday’s “No. 42” made me think some kind of cockamamie’d run its course. So the weekend allowed (or demanded) an assessment: abrupt collocating of what I’d begun thinking of as the “No.” poems, along with some randomly selected others, things old enough to reply with distrust to my queries regarding providence. All arranged in a file for the kind of “data massage” that precedes the emergence of a book (provisional title: “Little Notebook with Entries Titled in Vain”). A stage I love: book as “all-over composition”—focal points nowhere and everywhere à la fois, in the manner of Jackson Pollack’s drip paintings. Working quickly to “fix” things, moving piece to piece, trying to maintain the sense of flux “everywhere, simultaneous” up to some final moment of satiety / abandonment. (It is, naturally, an undeniably heroic app, my industry, hence the frantic breathlessness of my report.)

Oddly enough, checking a Pollock particular, I find Clement Greenberg’s 1955 / 1958 “‘American-Type’ Painting” with its story of how Pollock, whose “all-over” work—“in dabs and ribbons of thick paint that were to change at the end of the year into liquid spatter and trickles”—had begun in the summer of 1946, how Pollock’d seen the works of the “primitive” Janet Sobel:

Back in 1944 . . . [Pollock] had noticed one or two curious paintings shown at Peggy Guggenheim’s by a “primitive” painter, Janet Sobel, (who was, and still is, a housewife living in Brooklyn). Pollock (and I myself) admired these pictures rather furtively: they showed schematic little drawings of faces almost lost in a dense tracery of thin black lines lying over and under a mottled field of predominantly warm and translucent color. The effect—and it was the first really “all-over” one that I had ever seen . . . was strangely pleasing. Later on, Pollock admitted that these pictures had made an impression on him. But he had really anticipated his own “all-overness” in a mural he did for Peggy Guggenheim at the beginning of 1944 . . . Moreover when, at the end of 1946, he began working consistently with skeins and blotches of enamel paint, the very first results he got had a boldness and breadth unparalleled by anything seen in Sobel.

Detect a little turf-defending noise in Greenberg, who’d made a rep by pumping Pollock? Beware of “critics”—or “poet-critics”—who routinely puff a particular lineage, either by submerging any anomaly under a sketch genealogical “tree,” or quashing the outlier in the “field.”

Reading “at” a vacillatory half dozen books, including Bohumil Hrabal’s Vita Nuova (Northwestern, 2010), translated by Tony Liman. Oddly pertinent housewifery there, too. Vita Nuova’s the second book in a trilogy of autobiographical novels written “by”—in the indefatigably wry and ingloriously subverting voice of—Hrabal’s wife Eliška (“Pipsi”), rather like Stein’s Toklas in The Autobiography of . . . Hrabal (in the “interview-novel” Pirouettes on a Postage Stamp) says the work is “told with great mirth by my wife.” See the marvelous way Eliška works her own “all over” prose (and needlepoint):

The sole reason I did needlepoint was because I knew it sent my husband round the bend But certainly what gave me the greatest pleasure was to practice my multicolored needlepoint patterns when my husband’s friends were around those future number ones who viewed my work with disgust and my husband with pity . . . And I showed them my unfinished creations and begged for their advice begged them to please help me select what color of wool I should use . . . But those future champions of the world hunched their shoulders and backed away and went on with their discussions of what particular movement was shaking up New York and Paris at that very moment . . . they talked of abstract expressionism and art brut and lyrical abstraction and of Camus and Sartre and the beatniks and Sandburg and Ferlinghetti and Kerouac and of how Ezra Pound at his age still had the juice . . . And I listened in and tried to decide what color wool I was going to use to stitch my Prague Castle pattern . . . and my husband’s friends circulated behind my back and with feigned interest and concentration I worked with stretched canvas which already showed a stitched blue outline of Prague Castle . . . and around me my husband’s friends shouted And what about Picasso? And what about Salvador Dalí? And what about Rauschenberg and what about Allan Kaprow? And I continued my color selection I held the wool up and compared it to the color on the pattern and then I threaded the eye of the large needle and slowly but surely the picture took shape and I learned to work in from the edges toward the center I enjoyed when the picture was still just random bits and pieces it was most beautiful when the colorful picture didn’t quite yet make sense . . .

Ellipses and punctuation of original maintained. Needlepoint, drip painting, boisterous literary yak, writing: même combat. In Pirouettes on a Postage Stamp (Karolinum Press, 2008) Hrabal mentions Jackson Pollock, too: “my favorite painter.” The translator David Scott, in the Introduction writes of Hrabal’s ludibrionism (wanton mockery, playful ridicule, sport, scorn, all with a kind of ferocious amplitude and Rabelaisian zest): “no other late twentieth-century writer makes such regular use of the word ludibrionism.” Scott (in a lovely combo suggesting a writing akin to a footballer’s footwork, or a palaverer’s incessant turns and code-switchings, or needlework’s knottings-off and re-loopings:

Apart from ludibrionism, the one Hrabalesque word par excellence is pábaní, here left untranslated (though previous translators have used palavering). And a slight problem attaches to the title of the book—Kličky na kapesníku in the original. Kličky is a plural word referring to the bobs and weaves and tight manoeuvres that make up tackling and dribbling on the football pitch; as a plural form it carries with it the option of being used in the singular, as it occasionally is in the book. I have favoured the translation ‘pirouette(s) ,’ since that likewise refers to a motion of the whole body, and has been deemed appropriate enough to those who remember the footwork of the Hungarian footballer who first inspired the image for Hrabal; the expression is also not unknown in English football journalism. (The ‘postage stamp’ of the translation replaces the ‘handkerchief’ of the original title as a more familiar English image of a confined space, and ‘Pirouettes on a postage stamp’ preserves the alliteration the original title.) The literal sense of klička as ‘loop’ is, to the Czech mind, also associated with ‘bow,’ or ‘knot,’ hence when collocated with ‘handkerchief’ it may hint at the knots traditionally tied in handkerchiefs as an aide-mémoire—not inappropriate in a book consisting in the main of memoirs. . .

“Motion of the whole body”—the nigh-sexual flush of the hither and thither act of “all-over” writing. Pollock, working at drip paintings on the floor: “On the floor I am more at ease. I feel nearer, more part of the painting, since this way I can walk around it, work from the four sides and literally be in the painting. And: “When I am in my painting, I’m not aware of what I’m doing. It is only after a sort of ‘get acquainted’ period that I see what I have been about.” 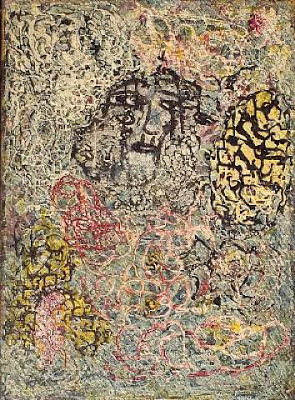 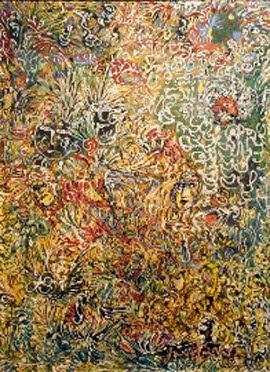 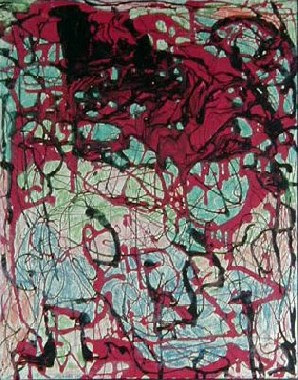 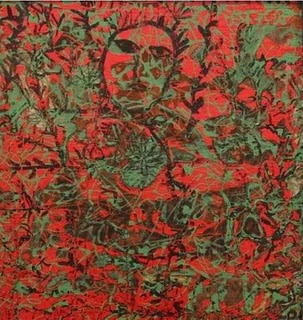 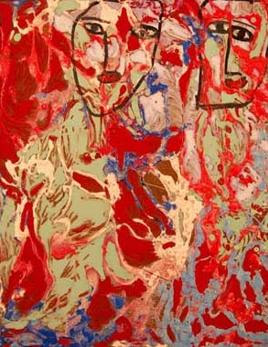 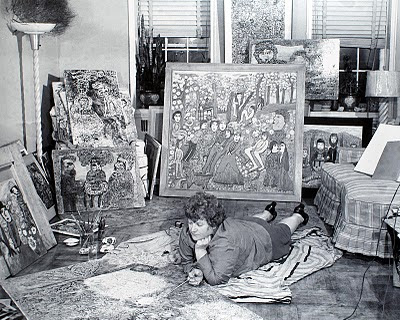