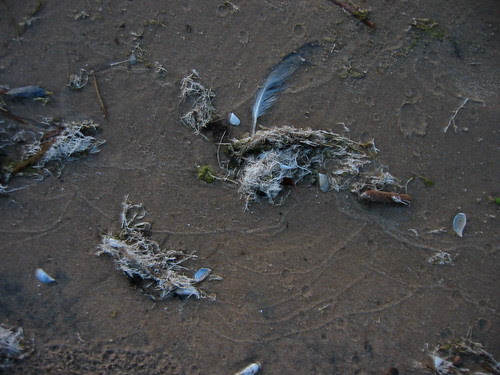 To hell with intent, the bollix’d up theses certifiably suck’d down the drain by ratiocinatory glorying, isn’t it sweeter to cadge whatever light there is off the rips open’d by one’s falling? Édouard Glissant (out of Poetic Intention, though my “to hell with intent” ’d do mostly with how Petrarch, foco per foco non si spense—fire by fire itself never subdue’d—and some sooty history of Petrarchanism, league’d up to dutch my little war—dolce mia guerrera—yesterday. Oimè. “Reuben, dunna tae Les Gommes to town.” “Caoutchouc,” says M. Robbe-Grillet. Whereat a wag inevitably retorts: “Gesundheit.” How writing must needs splash forth, like a sneeze.) Édouard Glissant (Barthean mode):

I am trying to order my “presences,” I don’t press them to the fixity of parlance. It is parlance, on the contrary, deaf and ingrate, that untangles itself from the present, scurries there, to fail or to live . . . To watch the world roll, drunken boat, and keep its logbook,—from there, by force, like a vocation of nothingness (of the unrooted) or of disturbance (of the unfixed), like an appetite for transcendence that will find satisfaction in no œuvre, like a delectation of Being, led from little by little to the only dwelling that it well elect, eternal and stable—comes parlance. “I will take up my course to the Numides, along the inalienable sea.” Where to, if not “a great poem born of nothing,” “a great delible poem,” and which way?—“Numerous are the ways, and our dwelling is uncertain . . .” Here is the universal world: conductor of the lay. Let it be said: here the universe exists so that the poem may be.

Echoing, bobbing in the wake of Rimbaud, presumably, Flaubert (that subtle chide that “we believe a little too readily that the sun’s got no other aim down here beyond making the cabbages sprout”—“On croit un peu trop généralement que le soleil n’a d’autre but ici-bas que de faire pousser les choux”) and Mallarmé (that nubby reprehensible, “everything in the world exists to end up in a book”—“tout, au monde, existe pour aboutir à un livre”). By chance—loud hammering in the ears—one opens a book to John Ashbery’s laconic and “corny” American advice (Jamesian mode): “I guess it amounts to not planning the poem in advance but letting it take its own way: of living in a state of alert and being ready to change your mind if the occasion seems to require it. I hate to repeat Henry James’s corny old advice, ‘Be one of those people on whom nothing is lost,’ but it is eminently practical and I see no other way to be.” And so the hammering stops, by entering into the occasion of its remaking. Ashbery, too, tossing the two misfits John Clare and Thomas Lovell Beddoes (Death’s Jest-Book) into the air: “I find both kinds of poetry necessary. My own has swung on its own I might add, always between the poles of Clare’s lumpy poetry of mud and muck and Beddoes’s perfumed and poisonous artifice.” So Clare out in the “Farmers Gardens about the village” of Helpston (in one of the “Autobiographical Fragments”): “. . . poetry was a troublsome but pleasant companion anoying and cheering me at my toils       I coud not stop my thoughts and often faild to keep them till night so when I fancyd I had hit upon a good image or natural description I usd to steal into a corner of the garden and clap it down but the appearance of my employers often put my fancys to flight and made me loose the thought and the muse together or I always felt anxous to consceal my scribbling and woud as leave have confessd to be a robber as a ryhmer       . . . I usd to drop down behind a hedge bush or dyke and write down my things upon the crown of my hat and when I was more in a hip for thinking then usual I usd to stop later at nights to make up my lost time in the day . . .” So Beddoes—capable of ditsy Stevensesqueries like “Old Adam, the carrion crow, / The old crow of Cairo; / He sat in the shower, and let it flow” or “Tell me how many beads there are / In a silver chain / Of evening rain, / Unraveled from the tumbling main, / And threading the eye of a yellow star . . .”—capable, too, of writing (to, apparently, a “reviser”), “Say what you will—I am convinced the man who is to awaken the drama must be a bold trampling fellow—no creeper into worm-holes—no reviser even—however good. These reanimations are vampire-cold.” And (intent rearing up its canny): “Again, even as a dramatist, I cannot help thinking that the study of anatʸ, physiol-, psych-, & anthropol-ogy applied to and illustrated by history, biography and works of imagination is that wch is most likely to assist one in producing correct and masterly delineation of the passions: great light wd be thrown on Shakespeare by the commentaries of a person so educated. The studies then of the dramatist & physician are closely, almost inseparably, allied; the application alone is different . . .” And: “Apollo has been barbarously separated by the moderns: I would endeavour to unite him.”

Glissant (surround’d by the whiteness of the page):