Petulant in lieu of industrious, that’s how it is. Henceforth, I dress in the clothes of the common reader, that snipe! (See, hunting of.) I keep thinking lately how the whole New York School’s up and redock’d its schooner somewhere London-ish. Jeff Hilson, in In The Assarts (Veer Books, 2010) is writing things like:

Lichen-hung I come to you
in hillbilly armour
hic & nunc
it’s massive my invasion front with
white trash moats.
I mean my geographic tongue.
It’s called a love wave &
travels slowly ahead of leaky hearts.
He fixes atmospheric.
He travels with a typical owl.
(think of the man I fancy I
can’t get off his Norman face
& glow-in-the-dark arms
coming to me in the terrible terrible assarts

& so on what a waste it’s typical
O open field & me
not turning no way I was
MADE IN ENGLAND
on the floor
I just go up & down
because my neighbour said
& with this hedgebote I’ll thee wed.
Once I was a land girl now I didn’t open
on my medieval holiday
I’m just a hundred percent weeds.
Fine fine for the hoar thorn but
your neighbour is a violet copper & a spar
She have or she haven’t gone too far.

1. A piece of forest land converted into arable by grubbing up the trees and brushwood; a clearing in a forest.

2. The action of grubbing up the trees and bushes in a forest, so as to turn it into arable land.

Poem = grub’d up clearing in the commons of language. And, too, (prima material) stylish permit (that “made place”) with some pertinent resource-nudges for the common reader, that snipe! The sterling epigraphs:

“When, with habitual knack in versifying or with superstitious shunning of all but conventional thoughts or notions, a poet comes across with ‘perfect’ sonnet after ‘perfect’ sonnet for any length of time, a sonnet sequence is a bore.”
—John Wheelwright

“Weeds I don’t mind much, although I actually prefer pavements and sidewalks. Well, I like the countryside too, but there are a lot of bugs in it, I must say.”
—Ted Berrigan

“Farewell, Love, and all thy lawns forever.”
—Sir Thomas Wyatt

If Ted Berrigan (“American Ted” Hilson calls him at one point) and Sir Thomas Wyatt (“When I was Sir Thomas Wyatt / & I dream’d I shot arrows in my / Anne Boleyn bra”) serve for tutelary chieftains here, countless others emerge. Texture of “Early Modern English” (invent’d things like “I ought to be a purley-man” or “Sally-my-obscurely”—the lovely phrase, too, of “historic leaf-litter”) bumping up against ’seventies England (“me humming Tubular Bells / . . . / there’s one he plays grand piano / on side one side two is rubbish”), colliding in turn with the inevitably poke-self occasion of the present (“Hey we’re still in In The Assarts! / Not The Assarts or From The Assarts— / In The Assarts! / I’m always reading it out loud at readings. / It’s a romance.”) Made palpable by lingo, time’s own rearrangeable blocks spelling itself within its own din of contradictories: “it’s not the fucking 1360s” (or the Berriganesque counter-nod, “black dots ate my readers / wives Dear Deirdre hello it’s 1360 AD”). So one encounters (amongst the scurrying literati) Wyatt butt’d up against WCW (“X & Y I flee from / what they did I don’t have to be in the Middle / Ages / . . . / I done my sums / & I need more plums”). Or Stein-dub (“a forest there where under repair”) in a hard-boil’d piece (“The black notley is all about”) that ends by admitting “I was captured by Americans / the lovely things.” Or Jack Spicer meets Tim Atkins (“No one listens to Petrarch. / People are rowing away from other people / every oar crying: ‘I want to touch you but I can’t!’”) (It’s likely that the sniping common reader—myself—is savvy to few of the nods and jokes in In The Assarts: if the Bee Gees show up, with mocking, in Tim Atkins’s Petrarch and Jeff Hilson writes of one “feast of Steven” spent missing “Robin Gibb CBE who fucked his housekeeper / deep & crisp & even” and ending “when I looked out the Bee Gees stole my phone”—the cutting up is tangible and raucously funny, even if not compleatly comprehend’d.)

Echoes on echoes, the “assarts” teem: I hear Pound’s “Hang it all, Robert Browning” in the opening line, “Not you again Jeremy Irons.” I hear Dr. Williams in “O Rodefer I only meant to say” (continuing “it’s so easy to / made an error / . . . / I hate squares” and ending “In the assarts I pulled it off / O Rodefer I only meant to say / whip it on me Jim in thin array / just like Thomas Wyatt said.”) I hear a hoot at (insular, cloudy, “like modern Borneo”) Langpo here (the whole thing’s need’d):

I’m not home I’m a homeowner
nobody noticed the two of us
who loved thy American tree.
Don’t kill me like modern Borneo.
That beautiful language is worn
that beautiful language is.
I’m glad I’m talking in.
In Borneo I’m home
“talking in Borneo in my room”
I don’t understand my home sometimes
when you enter the room
I don’t understand in Borneo anything
my home is in thy American tree
(language realism poesie)

One, randomly, to go off with. Ownership versus the commons.

These parts of thee I heard a man say
they could have, with their serpentine lakes.
But now I am in an oxgang.
It gets me along.
Lady, I am wrecked.
I go round and round
on the best historic leaf-litter.
But who did not write books?
I never writ.
But who did not set out in straight lines?
I never
but heads it would be over before Roman roads
it’s tails &
here I am among pedunculate oak shaking.

“Oxgang” = A measure of land (formerly used in parts of northern England and Scotland) equivalent to an eighth of a carucate. A carucate: the amount of land that could be ploughed by a team of eight oxen in a year. 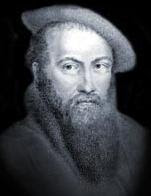 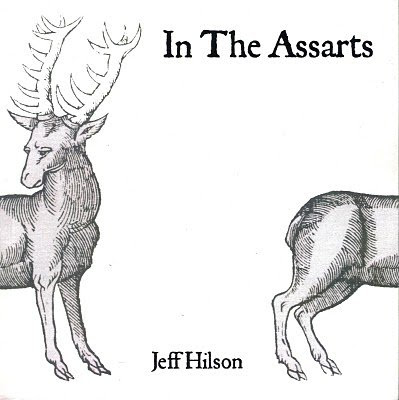