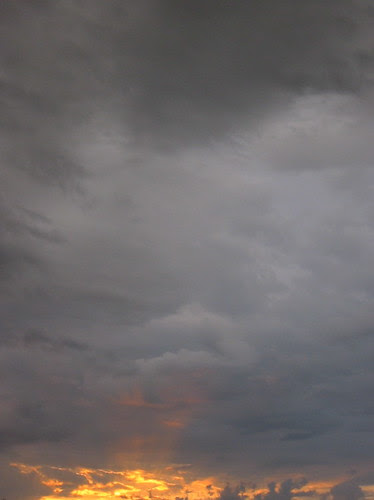 I began painting in the mid-1930s partly as a result of a Klee show I saw, partly because of my trip to the Orient. I once asked a prostitute for directions in Osaka and she did a lovely drawing to show me. Everybody draws in the Orient.
. . .
I had always thought there would be another form of expression for me—but I never thought it would be painting. But then, I’m always wrong about myself. I always wanted to be a sailor when I was young, and I tried it for a while, but I simply didn’t have the physical strength necessary. I had always thought I didn’t want to write, either. C’est excellent, il faut se tromper un peu.
Then the cuisine of painting annoyed me. Artists are such prima donnas—they take themselves so seriously, and they have all that cuisine—canvas, easel, tubes of paint. If I could, I would still prefer to be a composer. But you have to study. If there were only some way to enter directly into a keyboard. . . . Music hatches my dissatisfaction. My large ink drawings are already nothing but rhythm. Poetry doesn’t satisfy me as much as painting—but other forms are possible.

“Nothing but rhythm”—that sempiternal greeny itch. Isn’t that precisely what the quotidian itch of writing is? The prothonotary sun recording its cloud-penetrancy, its way of worming up piecemeal and sinuous through the murky impingements, a daily articulary jaunt unsayable, a need simply to move “comminglingly.” Michaux makes distinct poetry’s attempt “to express some non-logical truth” against painting’s curt refusal of any stoop (I need to say it: “down into any such jarring metaphysical stupors”): “Painting is different—there is no question of truth. I make rhythms in paintings just as I would dance. This is not a vérité.” So that the “problem”—if it is a problem (maybe it’s a fructifying mandate, or a solar injunct) is to allow oneself—la grande permission—the fervent idiocy of the day, its plangency and must. (Up early, I note Orion stretch’d and pinned like a pelt to the southerly sky. Wormings of word-turnings, unabidingly beginning: me sock-foot’d and all pre-prehensile gapery, rhythms of registry beginning . . .) Michaux: “You enjoy listening to peoples voices in the street, but they don’t solve your problem for you. When something is good it distracts you from your problem.” (See Ashbery’s own “managed chance” approach.) One of Michaux’s methods of distracting: mescaline. “Mescaline gives you more attention for everything—for details, for terribly rapid successions.” The resultant rhythmic gush preternatural akin to what writing (receptor mode) is like: uncanny, pitch’d, a ransacking. Michaux:

The speed was even greater. . . . A hand two hundred times more agile than the human hand would not have sufficed to follow the accelerated course of that unquenchable spectacle. And there was no question of anything but following. You cannot seize a thought, a term, a figure, to work them over, get inspiration from them, improvise on them. All power is lost on them. This is the price of their speed, their independence.

A detachable daily teeming. (See Ashbery, un peu partout.) Duty turn’d (repeatedly) to the “once” in “once upon a time . . .” See “Märchenbilder”:

Es war einmal . . . No, it’s too heavy
To be said. Besides, you aren’t paying attention any more.
How shall I put it?
“The rain thundered upon the uneven red flagstones.

The steadfast tin soldier gazed beyond the drops
Remembering the hat-shaped paper boat, that soon . . .”
That’s not it either.
Think about the long summer evenings of the past, the queen anne’s lace.

Sometimes a musical phrase would perfectly sum up
The mood of a moment. One of those lovelorn sonatas
For wind instruments was riding past on a solemn white horse.
Everybody wondered who the new arrival was.

“Junked next day.” Rhythm of the ellipses. Who says that thing about the grit and minutiae of the past, how it’d overwhelm and bury the present if we’d let it? Daily structures made to be swept off, disengaged, cannibalized for parts. I think of Evan S. Connell’s outburst at the beginning of “Ancient Musick” (Lost in Uttar Pradesh):

Herodotus vowed to record all matters of interest on earth. Aye!
Wonders he admired. Two years he loitered in Egypt gazing at mummies,
crocodiles, and people who kneaded dough with their feet
and wrote their language from right to left,
but I have seen as much. O yea! Twenty times more.
I have encountered men eating the flesh of their god in biscuits
and watched Poseidon gather up clouds with one hand,
so I think there must be no end to marvels.

I have chased knowledge across five continents.
I know why the agitated spirit vomits tumultuous speech,
why that anchorite suffered palsy at sight of a woman,
why Albategnius perceived a ship descending upon his deathbed.
I understand how our world revolves, as Galileo demonstrates
with his Fourth Dialogue, why decrepit old men have hollow brains
commanding them to see and hear what is not. Why our forefathers
heard Cerberus bark. Why those that squint through red glass
think the universe red. Why that Greek yclept Pythagoras
deciphered messages on the moon. Why we believe what we want,
like Antipheron marveling at reflections of himself
wherever he looked. Truly, much of this world
I understand, but how men are corrupted
I would not presume to say. . . .

Transience and rot and the intervening “tumultuous speech.” The rhythmic soothe. (Forsooth.) 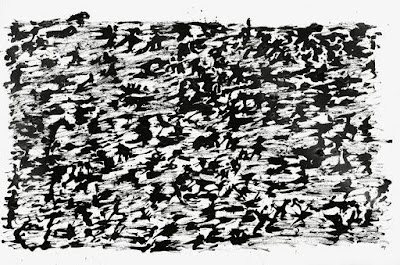 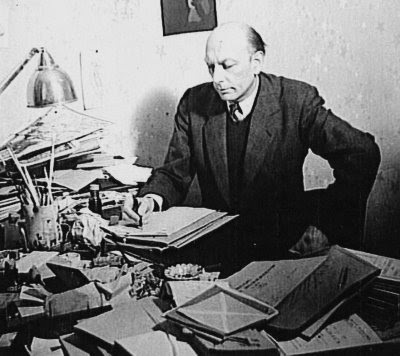