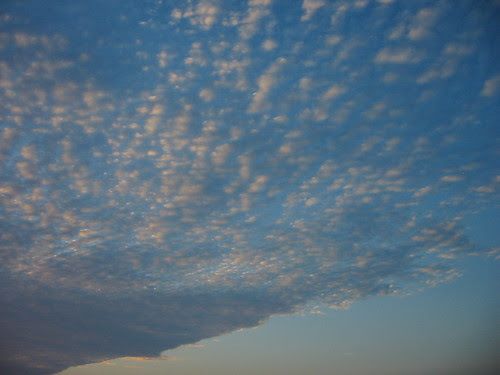 Merrill Gilfillan, in “The Mississippi to Hannibal” (Rivers and Birds), talking about the intent to parallel some miles of the big river, to make it, briefly, the unreasonable accompaniment of one’s days:

I felt a need to start the occasion a more formal way, to approach the river in more cognizant fashion, and to look at it in a slightly more organized way—if nothing more, then as a stubborn adherent to the theory that the poetical, as Plato suggested for the political, is not cumulative, is not automatically transmitted from generation to generation; that each new wave must learn anew and look again at the world, its own cup to fill.

Talking nigh-biblically by the end. (I am remind’d of Robert Hass’s formulation in “Meditation at Lagunitas” that “each particular erases / the luminous clarity of a general idea. That the clown- / faced woodpecker probing the dead sculpted trunk / of that black birch is, by his presence, / some tragic falling off from a first world / of undivided light.”) And somewhere Robin Blaser talks about, broadly, the Hermetic tradition, and its “continuous activity of direct participation in the divine—the old sacred of the world that did not objectify reality or leave personal experience to a lonely, singular subjectivity.” He quotes Mary Butts (out of the 1932 Traps for Unbelievers):

Magic has not yet been properly defined. In its practice it is, of course, very largely primitive science, misunderstandings by false analogy of the way things work, of natural law. But behind that there seems to remain a very peculiar kind of awareness, an awareness modified and sometimes lost by people whose life has been passed in towns. It is most difficult to describe. It has something to do with a sense of the invisible, the non-existent in a scientific sense, relations between things of a different order: the moon and a stone, the sea and a piece of wood, women and fish.

Or a man and a cheese. Or a man and the song of the hermit thrush (“often considered the premier avian vocalization on earth”). Gilfillan (lightly, affably, genial and pragmatic in any too certain approach to the divine, in the manner of any naturalist):

At a certain age, it is not so difficult to imagine a decision to gauge the accumulative valence of one’s being by the number of moments passed near singing thrushes, as well as with cheeses of character and beside the breaking of surf. . . .
. . . the key to the hermit’s brilliance line in the remarkable formality of its structure—the opening single note, the setting of the stage—and then the almost casual, heroic toss-off and virtuoso world-weariness of its bright finale.
Each year it is a further test of metaphor. . . .

Mary Butts’s “false analogy of the way things work,” those “misunderstandings”: how that becomes a thing one attends profitably to, the ongoing mergers of like and unlike. (Gilfillan reports: “Antonin Dvorak walked the river woods near Spillville, hearing the American birds. A local scarlet tanager made it into a passage in the Quartet No.12, opus 96.” And is waylaid hiking—such impedances and intercepts being one sure means of analogy-transfer—by “inadvertent thoughts of the decades-old car bodies rusting among the plum thickets at the foot of a steep cliff in a lower canyon, a place where the MacGillivray’s warblers will be singing.”) I think of John Clare’s sense of the natural world’s seizure and subsuming of human detritus, making it its own:

Merger and swerve. My aimless nature, informal, a mite oblivious, courseless, conjecturing, stubbornly lost. Ashbery (“Litany”): “In my diary / I have noted down all kinds of exceptional / Things to go with the rest / As one who naps beside a chasm / Swollen with the hellish sound of wind / And torrents, and never chooses / To play back the tape.”) Attentions modify’d and lost in towns. Or whole glut’d towns of words, seemingly inescapable words. To see without. To return to un-initial’d, unword’d and wordless seeing . . . 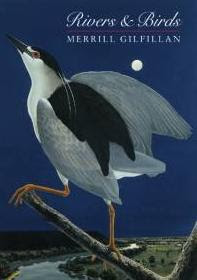 Merrill Gilfillan’s Rivers and Birds
Cover: “Black-crowned Night-Heron,” by Stuart Gentling and Scott Gentling, out of Of Birds and Texas (University of Texas Press, 2001)