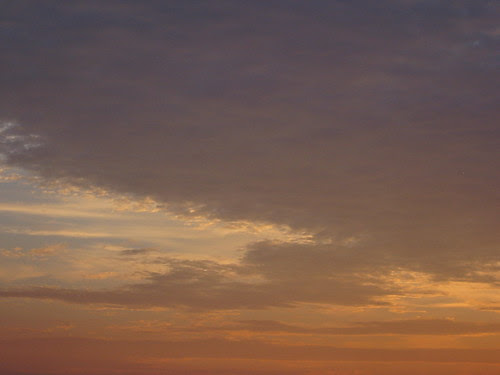 Out with the dog into the morning’s pre-rinse of light, the sky’s puncture-holes (to the beyond) caulk’d and smooth’d and daub’d, only the gashes of one or two planets left evident for the easterly roseate seepage begun. Hammer’d at half the night by semi-public reveries of long tramps and concordances, buff’d and neutral. Rimbaud: La musique savante manque à notre désir. Desire’s lack of intelligible music. The impish sun in its fiery swaddling clothes, about to tip the madly rocking cradle. Reading, at some stray moment unbefoul’d by chores, a short essay (in the Thomas B. Hess and John Ashbery-edit’d The Grand Eccentrics) by Ashbery call’d “The Joys and Enigmas of a Strange Hour” (the title off a Giorgio de Chirico painting). Ashbery quotes “de Chirico’s definition of art” (out of an early essay, “Meditations of a Painter”):

A truly immortal work of art can only be born through revelation. Schopenhauer has, perhaps, best defined and also (why not) explained such a moment when in Parerga and Paralipomena he says, ‘To have original, extraordinary, and perhaps even immortal ideas, one has but to isolate oneself from the world a few moments so completely that the most commonplace happenings appear to be new and unfamiliar, and in this way reveal their true essence.’ If, instead of the birth of original, extraordinary, immortal ideas, you imagine the birth of a work of art (painting or sculpture) in an artist’s mind, you will have the principle of revelation in painting.

Ashbery’s essay is about the German “eccentric” Max Klinger “(born 1857 in Leipzig; died 1920 at Grossjena, near Naumburg)”—one of the few artists de Chirico included in what Ashbery (“Metaphysics makes strange bedfellows”) calls “the bizarre cenacle” to whom he (de Chirico) “paid written homage” (others being Raphael, Courbet, and Böcklin). (One’s remind’d of Ashbery’s own cénacle—and love of eccentrics—the various and singular ones he call’d in Other Traditions“a poetic jump-start for times when the batteries have run down”— John Clare, Thomas Lovell Beddoes, Raymond Roussel, John Wheelwright, Laura Riding, and David Schubert. Ashbery quotes, too, de Chirico’s prose homage to Klinger:

What is this romanticism of modern life? . . . It is the breath of yearning that flows over the capitals of cities, over the geometry of suburban factories, over the apartment houses that rise like cement or stone cubes, over the sea of houses and buildings, compressing within their hard flanks the sorrows and hopes of insipid daily life. It is the pretentious private residence in the breathless torpor of a springtime morning or the moonlit calm of a summer night, with all the shutters closed behind the garden trees and the wrought-iron gates. It is the nostalgia of railroad stations, of arrivals and departures, the anxiety of seaports where ships, their hawsers loosened, sail into the black waters of the night, their lights aglitter as in cities on a holiday.

Which sounds a little like some of Ashbery’s prose in Three Poems, with its own considerations of yearning and pretence, and the force of quotidian residual nostalgia intrudes (gorgeously). (See, say, out of “The System”: “There wasn’t too much of any one thing. The feelings never wandered off into a private song or tried to present the procession of straightforward facts as something like a pageant: the gorgeous was still unknown. There was, however, a residue, a kind of fiction that developed parallel to the classic truths of daily life (as it was in that heroic but commonplace age) as they unfolded with the foreseeable majesty of a holocaust, an unfrightening one, and went unrecognized, drawing force and grandeur from this like the illegitimate offspring of a king. It is this ‘other tradition’ which we propose to explore.” Donc, Other Traditions) Formal pageantry versus “private song”: isn’t that a manœuvre somehow akin to Ashbery’s famous (and nonchalant) remark in “The New Spirit”—“I thought that if I could put it all down, that would be one way. And next the thought came to me to leave all out would be another, and truer, way.” Is it the jocular (off-hand) note of extremity (“all”) that one “ought” to attend to in Ashbery’s line as opposed to the posit’d (and decidedly impracticable) formal choices? Out of de Chirico’s Klinger essay: “The pictorial question did not matter, because his entire creation was based on the enormous possibilities of his exceptional mind—the mind of a poet, philosopher, observer, dreamer and psychologist.” Ashbery’s puts the emphases here:

“The pictorial question did not matter . . .” Klinger is one of those artists who transcend the restrictions of the pictorial question and therefore of criticism. Appearances to the contrary, he is a colleague of such artists as Duchamp, Mondrian or de Chirico himself. In each of these cases, the “meaning” of art is offstage either (as with de Chirico and Klinger) buried so deep inside the work that no one can find it; or (as with Mondrian) somehow adjacent to the work but out of sight; or (as with Duchamp) just absent. Thus, if we accept Klinger at all as an artist (and probably, in the absence of any case for the prosecution, we shall have to admit de Chirico’s virtuoso defense), we must forget about “the pictorial question” . . .

Is form necessary? If—one doodles—desire’s music is essentially unintelligible, isn’t the slapdash capture of “mere” revelation—“original, extraordinary, immortal”— enough? Schopenhauer’s lines (and The Grand Eccentrics itself) hint that it is the unconnect’d isolato, he “not acknowledging the common continent of men” (Melville) who attains the previously unreveal’d. Rimbaud: Car Je est un autre. Si le cuivre s’éveille clairon, il n’y a rien de sa faute. Cela m’est évident: j’assiste à l’éclosion de ma pensée: je la regarde, je l’écoute: je lance un coup d’archet: la symphonie fait son remuement dans les profondeurs, ou vient d’un bond sur la scène. (In Wyatt Mason’s Modern Library version: “For I is someone else. If the brass awakes as horn, it can’t be to blame. This much is clear: I’m around for the hatching of my thought: I watch it: I listen to it: I release a stroke from the bow: the symphony makes its rumblings in the depths, or leaps fully-formed onto the stage.”) 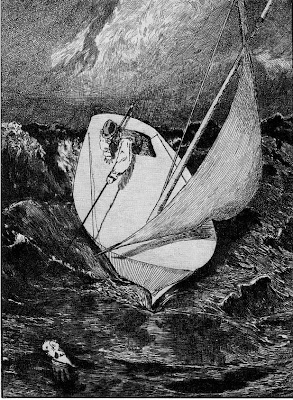 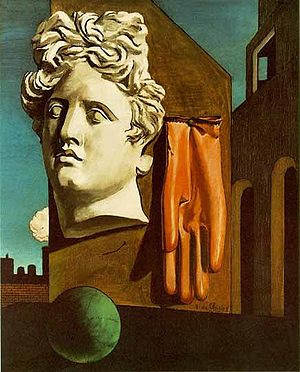 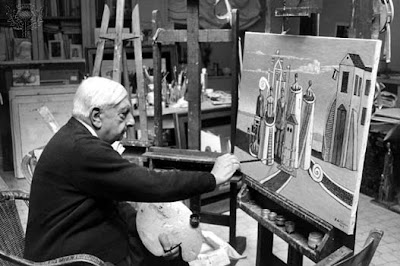