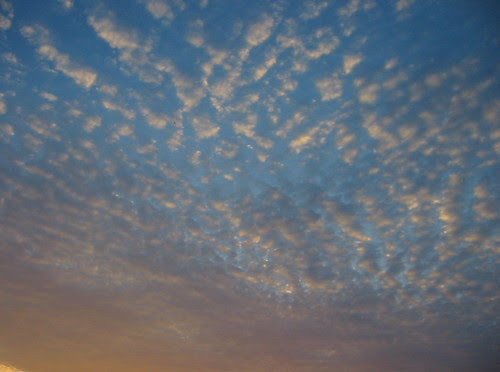 Restraint merg’d with a nigh-offhandedness, and impeccable detail: Merrill Gilfillan (Rivers and Birds, 2003) says (of a report of ancient Chinese explorers in North America—“at Medicine Bow Peak they note with great interest an animal that looks like a rabbit but with a crow’s bill, an owl’s eyes, and a serpent’s tail, which feigns sleep at the approach of a man”—an opossum no doubt):

There are, of course, readers who consider those classic account strictly exercises for the well-heeled courtly imagination.
Not that all those potent mountains and rivers couldn’t hold such a light-footed actual thing.

Next paragraph: “What a sweet little apple and what a high, thin-blue sky. . . .” Skittish reverie. (Elsewhere Gilfillan talks about how, under an enormously contrail’d sky (“I counted fifteen . . . fishtailing hither and yon”), a flock of meadowlarks bursts up (“two dozen . . . suddenly milling about, loosing an unfamiliar, aggregate sort of song. A babble or jabber song . . . a confused but enthusiastic choric inertia.”) The kind of thing one begins one’s day with, chomping at the lingual bit. I read a little out of Roy Fisher’s new Standard Midland (Bloodaxe, 2010): restraint. See the syntactical hitch (no free rein) and taut swing of the sentence-ry in here in “The Run to Brough”:

As if it might still be perilous to leave the limestone cap and go
gradually into the other holding,
the other stone, the road
unhitches itself by an offset crossing
from the stark highway on the rise
and slips down into a dishevelled
basin of land and ragged purposes
with to one side shale slipped off the cliffs
and grassed over and to the other
villages sealed out of sight
under the ridge. Swing and
follow the waters down into the gullet
where the cut gorge sides hang trees
against the sky, the ground changes at the Grey Ditch

and out into Bradwell, mineral village, not old,
clambering over itself up the hillsides
at all angles, a medieval town with
every house a message. The run
to Brough goes straighter than the river,
slurry lagoons in the woods
the disquiets left behind
or accumulated
for what Brough can do with them
or for anybody.

A “basin of land and ragged purposes”! “The disquiets left behind”—perfect aside-making line-break—“or accumulated”! Is it Fisher’s undaunting ability to read a whole landscape in a swatch that makes me connect him to Gilfillan? (Gilfillan’s capable of reading, too, time’s own hunker’d down and dilatory raptures—the hours “car-dawdling along a dusty back road” or “basking in the lee of the great iambic-tetrameter noun Inconsequentiality”: “A set of finely etched Hours like a deck of diminutive hand-colored ‘Creeks and Rivers’ trading cards. At optimistic moments they—those hours—glint as a kind of tortoise-versus-hare-karmic pollen-pelf.”) Reading Fisher’s Standard Midland I think, too, of A. R. Ammons’s landscapes. Though the need to make a concluding statement is fiercer in Ammons (even if that statement concerns the constant flux’s way of foundering permanence: “I allow myself eddies of meaning: / yield to a direction of significance / running / like a stream through the geography of my work: / you can find / in my sayings / swerves of action / like the inlet’s cutting edge:” or “Overall is beyond me: is the sum of these events / I cannot draw, the ledger I cannot keep, the accounting / beyond the account:” or “there is no finality of vision, / . . . I have perceived nothing completely, / . . . tomorrow a new walk is a new walk.”) Here’s another piece by Fisher:

What’s good
is the way there seem to be
more waters than there are, poured
out of the rows of hills
to the valley bottom. There seem
to be more side lanes and alleys
than there ever were. What feels
like a village is no more than a road junction
mounted on a wandering confluence
and twisted to fit.

And the mismatch
chops up appearances
so that each part, each house,
row of trees, block of viewless
buildings marked grey on the map
as ‘works’ settled askew,
has to announce itself
as newly created. It moves
and stays put. There’s
no single place to be
at Brough.

(See, per contra, how Ammons niggles the perceiving self directly into the landscape, vociferous and desiring: end of “Cascadilla Falls”: “oh / I do / not know where I am going / that I can live my life / by this single creek.”) There’s something cagey and subverting about Fisher’s work, a strong desire to slip free the reins of what’s expect’d. He quotes Basil Bunting’s dictum “Adjectives drain nouns” and proceeds to write a piece made solely of adjectives. In the title piece, he talks about talking to himself: “The monologue’s so stupid / I do it in farting Mockney / or worse, mincing / Estuarian: none of it worth / the touch of my own Standard Midland.” In a poem in three smallish parts titled “Of the Qualities” Fisher writes:

—a passing remark on the constant in Louis Armstrong.

The third of these.

(In another piece, “Little Jazz,” Fisher, a jazz pianist himself, notes—with approbatory nod—of swing trumpet giant Roy Eldridge, how “Even when no sound came out / you could still tell what he meant.”) A paring down audacious in its effects. Consider Fisher’s “On Hearing I’d Outlived My Son the Linguist”:

and hour by hour today with no whole word all
the emptied patterns of your talk come crowding
into my brain for shelter:
bustling, warm, exact. You’d be interested.

A level of modesty and restraint that’s simply terrifying, that wobbly juste-milieu of “interest” a stand-in for “no whole word” unspeakability. News is that Roy Fisher’s Selected Poems, edited by August Kleinzahler, is upcoming soonish out of Flood Editions. Too, two books by Merrill Gilfillan, The Warbler Road (essays) and The Bark of the Dog (poetry). 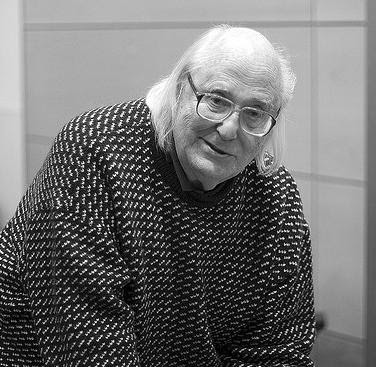