I hardly know a thing about Petrarch. Laura, &c. Canzoniere. The sixth of April, thirteen hundred and twenty-seven, hora matutina in the Church of Santa Chiara in Avignon: kaboom. Follow’d by thirty-seven years of dopey formal singing. Here’s a sonnet, number’d cccx:

Here’s Tim Atkins’s version (out of the recently print’d Crater #6, edit’d by Richard Parker—the entire letterpress’d, French-fold’d, and sewn issue is made up of fourteen of Atkins’s Petrarchs, with a George Herriman Krazy Kat cover):

It was the golden age of homosexuality
Chairman Mao taking the buffaloes for a stroll
in the tea-oil camellia groves by banana
leaf-shade ponds between Heathrow & Slough
Creatures of the sun-loving world       vs
the pale less resistant ones
Avatars of insufficient definition or
relation     dressed in animal bird or cowboy forms
Head filled with poem until it was almost
impossible not to trip over them     for example
Petrarch’s shift between       need to write
fame       and singular woman
Alas!     My   Place   Is
With
This     Fuck in this life
Surprise is all I have
I never learned
To turn quickly enough from
All that burns
Feeling each other up and liking each other
terrifically all the way home from the Odeon

Scat-hazardous and buoyant, with all the zip and sass of a Heathrow-unslough’d O’Hara. Not, decidedly, the programmatic constructivist plodding of routine translation homophonickal, not, apparently, translation exactly at all (though I suspect a rather deftly salacious argument’d carry for ’l bel tempo rimena’s being auscultated as “the golden age of homosexuality,” like running a forefinger around a goblet to make it sing . . .) I spent some no few moments attempting to determine how Atkins arrived at what he arrived at—he’s similarly rework’d a number of Horatian odes in the terrific collection Horace (O Books, 2007)—leaning hard against a book call’d Petrarch in England, subtitled “An Anthology of Parallel Texts from Wyatt to Milton, edit’d by one Jack d’Amico. Therein, unearthing a (somewhat tamper’d with) crib:

Zephyrus returns, and brings clear weather,
and flowers and grasses, the whole sweet family,
and Procne’s quarrelsome call, and Philomel’s weeping,
and spring’s white and vermilion.
The meadows exult and the skies turn serene,
Jove’s happy to see daughter Venus,
air and water and earth, all full of love,
every animal reconciles itself again to loving.
For me, though, alas! the weightiest sighs
return, drawing up out of my heart’s deeps
the one who’d owned the keys to heaven.
And singing of little birds and flowering fields,
the pretty girls act perfectly disgraceful
like in a desert, like bitter and savage beasts.

Petrarch in England clumps up subsequent sonnets that’d appear to siphon energy off Petrarch’s cccx, making for a small, and agreeable, continuum of borrowings and nods. So Henry Howard, Earl of Surrey, writes:

The soote season, that bud and blome furth bringes,
With grene hath clad the hill and eke the vale;
The nightingale with feathers new she singes;
The turtle to her make hath told her tale.
Somer is come, for euery spray nowe springes:
The hart hath hong his old hed on the pale;
The buck in brake his winter cote he flings;
The fishes flete with newe repairèd scale.
The adder all her sloughe awaye she slinges;
The swift swallow pursueth the flyes smale;
The busy bee her honye now she minges;
Winter is worne, that was the flowers bale.
And thus I see among these pleasant thinges
Eche care decayes, and yet my sorow springes.

“Minges” = recalls. All renew’d sauf l’amour. One “R. L. Gentleman” offer’d up in the 1600 anthology England’s Helicon a “constanter” version:

ZEPHIRUS brings the time that sweetly senteth
with flowers and hearbs, which Winters frost exileth:
Progne now chirpeth, Philomel lamenteth,
Flora the Garland white and red compileth:
Fields doo rejoyce, the frowning skie relenteth,
Jove to behold his dearest daughter smileth:
The ayre, the water, the earth to joy consenteth,
each creature now to love him reconcileth.
But with me wretch, the stormes of woe persever,
and heavie sighs which from my hart she straineth
That tooke the key thereof to heaven for ever,
so that singing of birds and spring-times flowring:
And Ladies love that mens affection gaineth,
Are like a Desert, and cruel beasts devouring.

Thus Atkins’s strangulated “Alas!     My   Place   Is / With / This     Fuck in this life” runs wonderfully parallel to “with me wretch, the stormes of woe persever”—entering a long line of possibles. Here’s another “version,” by William Drummond of Hawthornden, add’d for the Petrarchan ending:

With floming Hornes the Bull now brings the Yeare,
Melt doe the horride Mountaines Helmes of Snow,
The silver Flouds in pearlie Channells flow,
The late-bare Woods greene Anadeams doe weare.
The Nightingall forgetting Winters Woe,
Calls up the lazie Morne her Notes to heare,
Those Flowrs are spred which Names of Princes beare,
Some red, some azure, white, and golden grow.
Here lowes a Heifer, there bea-wailing strayes
A harmless Lambe, not farre a Stag rebounds,
The Sheepe-heards sing to grazing Flockes sweet Layes,
And all about the Ecchoing Aire resounds.
Hills, Dales, Woods, Flouds, and every thing doth change,
But shee in Rigour, I in Love am strange.

“Anadeam” = anadem = garland, crown. One of my favor’d lines in Atkins’s Petrarch: “I won the Eurovision poetry prize in 1341” (“Sonnet 321”), referring undoubtedly to Petrarch’s being crown’d with the laurel wreath in Rome, 17 April 1341, for a prize poem (one said to be unfinish’d). Here’s another Atkins version:

It’s the O’Hara of “Biotherm” I hear here mostly. The literary initials “WH & WB     TS WCW ee & HD” correspond wonderfully to Petrarch’s un-subtle spelling out of Laura’s name in the original—“LAUdando s’incomincia udir di fore / il suon de’ primi dolci accenti suoi. // Vostro stato REal, &c. Beyond the furious play, a melancholy: “In love with life but not living.” Retrieved again in Atkins’s “Final Sonnet 366” (as is the lovely disconnect of “standing in front of the Elgin Marbles”):

The boys are singing to drive away the noxious birds
Before women it is useful to practice on statues
& now I am here to tell you all that I have discovered
That living is one of the best things—
there where I ripped it
That her eyes couldn’t have been more beautiful—
I just thought they were
Driving my utopian car over the dystopian roads
I go over and look at myself
& look surprised
Because living is one of the best things       I go over
I stand there listening to the sunshine burning the grass
My horn a crumpled dream
Earthlings! Comrades! ¡Adiós!
Work out your salvation with diligence
As if everything were still possible

“As if everything were still possible”—ending with all the heartbreaking candor of the O’Hara poem that begins “Instant coffee with slightly sour cream” and ends: “my life held precariously in the seeing / hands of others, their and my impossibilities. / Is this love, now that the first love / has finally died, where there were no impossibilities?” 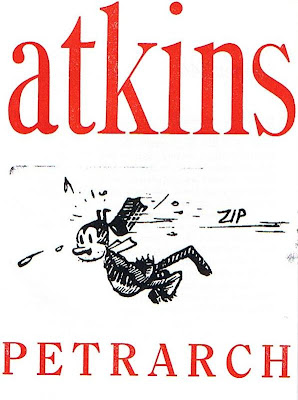 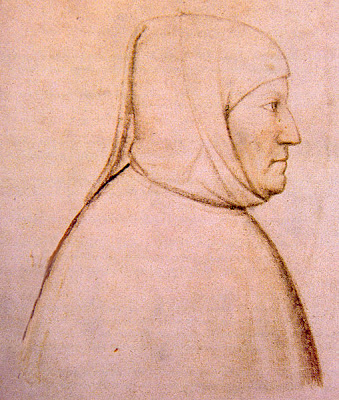