End of the week. Nothing preoccupying me beyond the way that chipmunk high-tail’d it into the shrubbery. High-tail, colloq. (orig. U.S.): “‘High-tail’ comes straight out of the plains where a mustang, when startled, erects its tail in a sudden, quick gesture and runs like the wind . . .” Earliest O.E.D citing: 1925. The chipmunk’s: up stiff like a pencil. Charles Peirce, noting how perceiving is a (I’d say, with irony, an “imperceptible”) whole:

. . . perception is a two-sided consciousness in which the percept appears as forcibly acting upon us, so that in perception the consciousness of an active object and of a subject acted on are as indivisible as, in making a muscular effort, the sense of exertion is one with and inseparable from the sense of resistance.

(Peirce’s regimen of lifting weights.) That gaudy lime-green rebound Penguin Winstanley there: I am trying to sense its way of assaulting my optics, or is it resisting my noticing of it? (Either way, it’s a guilty dog yapping, is what Peirce’d say.) Joan Retellack, out of “N Plus Zero” (a thwart’d nod at one of Oulipo’s stratagems) in Procedural Elegies / Western Civ Cont’d / (Roof, 2010):

Why use procedures when one can simply note the succession of things that “naturally” come to mind? “Act so that there is no use in a centre,” said Gertrude Stein. Good advice, particularly if the center is “self” without the benefit of centrifugal artifice.

Strange concept, self; not strange enough. Hence, the “natural” fallacy. Procedural artifice is a form of authorial agency which nonetheless brings a tonic otherness to a composition: deflecting single point perspective, opening the field to dialogic alterity, alter-texts, if not egos, in equally disadvantaged conversation. Hence the necessity of humor.

The question is whether such devices are useful for our self-absorbed species, accumulating endless wants and highly evolved needs in what seems to be a geometric progression of consumption-targeted quests for increasingly improbable satisfaction whose most cherished image is found in the mirror. A literature of reciprocal alterity, if such a thing is possible, can’t fix this culture-wide entanglement with short-sighted narcissism but it may present significantly alternative sites for making meaning.

Straying. The Stein line occurs at the beginning of “Rooms” (Tender Buttons), preceding: “A wide action is not a width. A preparation is given to the ones preparing.” Stein isn’t exactly saying “Act as if there is no use in a centre”: isn’t she arguing for a processual (lack of) stance, that is, a proceeding unfetter’d by preps (or props)? “A preparation is given to the ones preparing” reads like something out of Peter Elbow’s “freewriting” composition theory: keep moving. There’s a strange shift in Retallack’s patter here. There’s, one, a perceived need for a self’s “deflecting” its own limit’d pointedness by means of (pointlessly) “flying off”—no Poundian “unwobbling pivot” here—into the alter-textual gleanings of procedural artifice, thus bringing in, willy-nilly, the muscular other, “opening the field.” Two, there’s “our self-absorbed species, accumulating endless wants and highly evolved needs in what seems to be a geometric progression of consumption-targeted quests for increasingly improbable satisfaction”—a similar kind of willy-nilly “flying off” into the cumulus’d up and massy hinterlands of perceived “need.” Who’s to say the gleanings intend’d to deflecting “authorial agency” won’t become the gobblings of mere consumption? A heap’d up pile of “alter-texts, if not egos.” Stamps in a tourist’s passport. Part of me is thinking here of the smugness, insobriety and imperialist provocations of Lara Glenum’s statement call’d “A Note on American Poetic Excess,” wherein she troublingly writes:

Poetry in America is widely perceived to be utterly useless, even by the poets themselves. It’s barely commodifiable. Non-productive and degenerate. Not even a valid form of social protest. Bilge and dredge, poetry is the excrement of civic life.

These are perfectly fine circumstances.

Museums and publishing houses are an attempt to curate our various diseases. Diseases that can’t and won’t be managed. Teach us to shut up.

Wholly deplorable (and infantile, and snotty), that. Though I’d wager one origin of such glee-soak’d unmanageability (and “short-sighted narcissism”) is the “culture-wide entanglement”—at the risk of sounding like the poor wealthy man’s Michel Foucault—of the self as “mere” effect of social relations and practices. I think of Violet Gibson (“the woman who shot Mussolini”), saying, “There is such a thing as a moral atmosphere.” I think of Lissa Wolsak saying, in Squeezed Light: Collected Poems 1994-2005 (Station Hill, 2010): “I vehemently see no reason to dumb-down the sheer and useful beauty of language. . . . I know what to write because language lightens itself to reveal the pan-psychic shock / sleep of being alive, anatomies of collectivity / possibility, juste-milieu . . . the lucre of subjectivity.” At the end of the week I grip my own upright pencil, responsibly, stiffly. 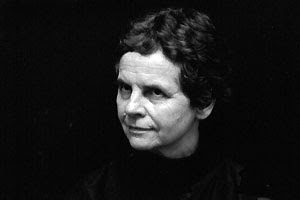