“The New American Poetry and Us” 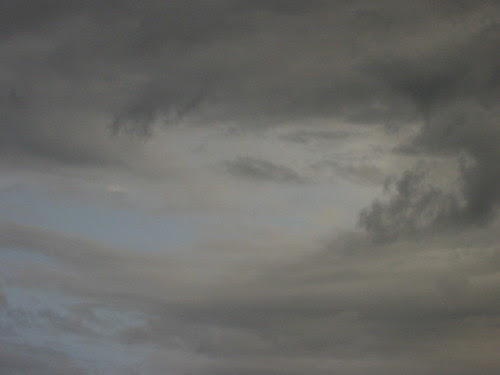 Writing that begins “merely” as stubbornly donned otherness (why we all write throughout our prolong’d adolescences): “I understood, dimly, that the poems I was writing weren’t so much aesthetic accomplishments as declarations of dissidence—cognitive and cultural. They were my way of getting beyond adolescence without buying into the Darwinian mercantilism I was hemmed in by, and a perpetually renewed reminder that I needed to get the hell out of town.” That’s Brian Fawcett in a short piece call’d “Robin and Me”—out of Robin Blaser, (New Star Books, 2010), a book that includes, too, a essay / memoir by Stan Persky call’d “Reading Robin Blaser” and a terrific slew of photographs of Blaser. I mostly sought out the book to read Fawcett’s complaint “The New American Poetry and Us”—mostly, it turns out, about the dubious (in Fawcett’s eye) achievements of Charles Olson—after reading Don Share’s talk of it. Though he study’d with Blaser (he’s present at Blaser’s initial teaching job at Simon Fraser University in 1966, a job intend’d for Spicer—and he includes a rather moving list of what he learn’d off Blaser including both how “the pursuit of elegance . . . is always worth the trouble” and that “open curiosity is the civilizing instrument of all human enterprise . . . corrupted when harnessed to ideology or other forms of excessive certainty”), “The New American Poetry” turns out to mean, for Fawcett, “Charles Olson, Jack Spicer, John Wieners, Robert Creeley, and Robert Duncan, in roughly that order of importance, with Olson’s influence notably larger than that of the others.” It is Olson mostly—or some imperial half of Olson—that Fawcett rejects (along with the writing of poetry). Fawcett: “When I stopped publishing verse in 1983 and stopped calling myself a poet and stopped thinking of myself as one, I did so with a sense of having been hustled by The New American Poetry, if not quite betrayed.” Perhaps Fawcett’s primary complaint: “Like Pound, Olson hadn’t bothered to note that imperialism and epic are often indistinguishable . . .” Against Olson’s initial (and primary) ground’d sense of place—Gloucester, the “local and particular”—Fawcett sees a diminuendo, energy increasingly spun up into the airy nothings of the rhetor: Olson become “part-maniac, part-angelic orator and demagogue.” What begins in a proposal (“Projective Verse”) for a poetry that rejects “the Aristotelian toolbox—logic and classification as the means of establishing ‘reality’” (elsewhere Fawcett calls it “a protest against the excesses and limitations of ratiocination” and, too, claims that Olson “was always more interested in the conditions of knowledge than in art: how we know things and if it can be communicated accurately and without toxic warping”), a poetry of “precise local knowledge”—ends up declaring itself “epical” (meaning here, one senses, heroic, empty, obsessive):

Even more than Pound before him, Olson possessed the temperament of a “village explainer.” The difference was that Olson had a real world village—Gloucester, Massachusetts—to talk to and about. Perhaps a more important and exact similarity was that like Pound, Olson was capable of grinding philosophy, anthropology and high-level linguistic theory into the heart of poetry as if to do so was no more complicated than making a haystack after scything the grass in a meadow. Like Pound, Olson delivered cosmology as if it was him-and-you-and-the-gods. But Olson’s delivery was the stronger one: he got in your face, he bullied you whether you were friend or foe, and he believed, with a manic locomotion unmatched by Pound or any of his own contemporaries, that his obsessions were everyone’s and so were his agonies and woes. Everything about Olson moved to or within the epical: his vast intellectual range, the rhapsodic delivery, the dactyl and spondee-loaded rhythms, and the man himself.

That lovely image of the haystack no doubt drawn out of the photographs of Olson haying in Keene, Virginia c. 1945. Recalling, too, the method of “heaping up” whatever sundry particulars be reap’d—à la Ron Silliman (“our” Olson, though less capable, I’d suggest, of intellectual “grinding”) in The Alphabet. I am entirely “took” by trying to think through the epic and empire connect. Is the endless onslaught (attempt to be everything) of The Alphabet imperialist? Setting aside Silliman’s originary tale of reading Anselm Hollo’s line in Corvus (“alphabet ends universe begins”), how do “we” respond to a monstrous-in-its-conceit poem call’d “Universe”?

Interestingly, Fawcett opposes Spicer (“a circus of contradiction: a theory-loving linguist immersed in, and comfortable with, working-class popular culture; a frequently out-of-control alcoholic who could be attentive to and charming with small children; a libidinous homosexual who was socially shy and quick to take offense”) to Olson, calling Spicer’s poetry “more accessible and ostensibly profane that that of virtually any poet in the New American Poetry”—ignoring O’Hara and Schuyler, for two. Fawcett claims Spicer opposes the “shouting” push (all that all caps nonsense, “ONE PERCEPTION MUST IMMEDIATELY AND DIRECTLY LEAD TO A FURTHER PERCEPTION . . . MOVE, INSTANTER,” &c.) and “polemic by rhetoric” of “Projective Verse” (1950) in the imaginary letters to García Lorca in After Lorca (1957) wherein he “sought to reestablish the primacy of image in poetry, and sidestepped the dogmatics in Olson’s ‘epic’ concerns” by positing a more moderate notion that because human experience is serial and co-respondent rather than epical and dogmatic, the narrative structure of verse could and maybe should proceed by other strategies.” Regarding Spicer’s “poetic dictation,” the spooks, the Martians, the radio: Fawcett puts it, too, in service to a “rejiggling” of Olsonian focus:

Spicer’s quasi-mystical notion of dictation, which supposed, sometimes ironically and sometimes literally, that the sources of poetry derived from outside human personality—spooks or archetypes or cultural libido—was a less fraught compositional frame than Olson’s Pax Americana drive to epic. It was also a fairly profound rejiggling of his “composition by field” as a means of getting the self out as fuel for poetry.

“The New American Poetry and Us” provokes and troubles (Fawcett’s own stance shifts between denying and admitting unresolved Oedipal anger)—some of it’s hardly convincing (see reference, say, to the “slightly bizarre cornpone routine Pound likely invented to peckerspray the Brits he was living amidst and to insist on his masculine Americanness”). It does, though, undo the feint’d marvels and commonplaces of the category-makers, the partisans of the limit’d purview, any who’d routinely lump together a range of (competing) practices under a single monicker, pejorative or adulatory. “The New American Poetry”—forebear and rector to so many, though hardly a monolithic thing—seems ripe for untangling. 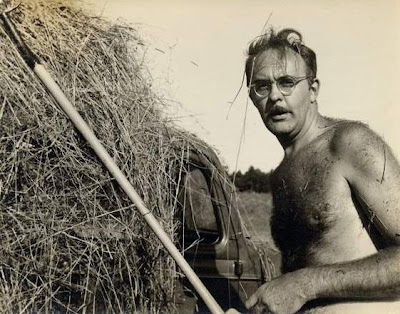