Usual half-ass’d weekend with its Monday extender serving naught to rebuff the onslaught of, oh, something big in the cabbages, something like death’s inevitably torn-talon’d raptor, caught, young, by barb’d wire. I wrote a skinny thing call’d “To Clouds” (“Benignity’s a funny word” is how it begins) and hammer’d away at something call’d “To Romanticism” (Stevens co-piloting: “Dezembrum’s puckish arias, sunk deep in red / plush under the un-girder’d vault of sky—”) That’s about where I bagged it—something about Romanticism’s way of “girding up Fancy” with mountainous huffing and puffing of ethereal fluff—in lieu of, say, the sturdy Objectivist I-beam of “a girder, still itself,” that minim in the ditch. Make that (Romanticism’s retort): “a girdle, still itself.” You see why I bagged it.

Read: some Bolaño, some Ashbery, some humdrum bits of Faulkner’s The Mansion (a falling off), some few pages out of the new Dear Sandy, Hello: Letters from Ted to Sandy Berrigan (Coffee House, 2010), and Michael Gottlieb’s Memoir and Essay (Faux / Other, 2010). Return’d the latter pronto accelerando to the library in order to quell my annoyance: only in America, only in these spoilt and hideous States is a poet likely to spend more pages discussing some fucking make of shoe (worn by John Lindsay and Andy Warhol, and our hapless hack of a hero) than whatever “poetics” the cohort (a predictable bunch, Charles Bernstein as brow-beater and work-shirker, Bruce Andrews as passersby-harassing bookstall-barker)’s allow’d him to indulge himself (with no end of infelicitous whining) in. Yow. If not shoes, one’s hound’d by the New Yorker’s usual perennial sujet de méditation—“space,” a thing fraught with envy, rivalry, gloat, regret (“the apartment that got away”), &c. A strange fail’d “promises unkept” pervades Gottlieb’s memoir, the wrong turn made for art kind of thing. Dickinson (in a letter): “I think Persons dont talk about ‘Summer stopping’ this time o’ year, unless they are inclement themselves.”

Elsewhere in New York, news is that The Kenneth Koch Literary Estate is “unambiguously” threatening some (apparently) unspecify’d “legal action” against the incipient publication of Kent Johnson’s collection of speculations and hypotheses (with the unfinish’d critical novella “Corroded by Symbolysme”) call’d A Question Mark above the Sun: Documents on the Mystery Surrounding a Famous Poem “by” Frank O’Hara. The certify’d letter turn’d up at Richard Owens’s Punch Press, with a boisterous battery of what seem to be, essentially, co-signers, though I suspect mere mention of being “strongly convinced” is the gimpiest of legal legs for anybody to plant anywhere. The poets in the bunch—Bill Berkson, Ron Padgett, Jordan Davis, and Tony Towle—assent, prejudicially, sight incompleatly seen, to A Question Mark’s being “a malicious hoax, one that denigrates Kenneth Koch’s character and dishonors his work.” What an odd thing for any poet to cop: a plea for the malignity of hoaxing. I think of Hardy’s Jude (the Obscure), “who imagined that Greek was only a different pronunciation of English,” and wonder if—poetry’s default being “the real”—the fictional arena’s become just so much alien fizz? (See Koch, Kenneth: “Did you ever glance inside a bottle of sparkling pop, / Or see a citizen split in two by the lightning?”) I comprehend perfectly allegiances, particularly to teachers, particularly to the dead, the uncomplaining inalterable dead stuck like flies in amber, with a label and a drawer, indefensibly at the mercy of their various minions, those who garner lustre by keeping lustre shining in a particular honorary bent. That’s natural enough. Too, I comprehend perfectly how that light inevitably bends at the (later) approach of those who never knew the dead, those whose own dead go defiled by baleful strangers (See Koch, Kenneth: “Here is the Strangler dressed in a cowboy suit / Leaping from his horse to annihilate the student of myth!”) or semi-prominent inventors of myths. There’s a curious love to making a public figure (Kenneth Koch is a public figure) the receptacle of one’s desires (what fictioneering is). (Here one recalls Paul Goodman’s percipient use of Goethe in arguing—in “Advance-Guard Writing 1900-1950,” a document tout’d by Frank O’Hara in particular—that the highest order of poetry is “occasional”: “it gives the most real and detailed subject-matter, it is closest in its effect on the audience, and it poses the enormous problem of being plausible to the actuality and yet creatively imagining something, finding something unlooked-for.” Which sounds rather pertinent to the parts—incompleat—I’ve seen of Kent Johnson’s A Question Mark.) And how forget the burning pathos of Johnson’s bittersweet epigram call’d “Kenneth Koch”?:

Thanks to his poem about a garbage can
lid being smashed into a likeness of King
George the Third’s face, my sixteen year old
son is now writing poetry. This activity has
recently led him into drinking alcohol and
experimenting with drugs, which makes
it difficult for me to say, but I’ll say it
anyway: Thank you, Kenneth Koch,
for your marvelous contributions to Poetry.

How forget seeing Kenneth Koch read, circa 1980, at the American Cultural Center, rue du Dragon, Paris, and pooh-poohing just a little the poem call’d “Fate” with its lines like “And John said Um hum and hum and hum I / Don’t remember the words Frank said Un hun / Jane said An han and Larry if he / Was there said Boobledyboop so always said Larry or almost and I said / Aix-en-Provence . . .,” thinking what a boner, or “onus,” such a title is, even with that flurry of stylish gruntings (“An han”) there to mock it. And then there at the rue du Dragon centre, Kenneth Koch, dapper and smiling and impeccably clothed in a several hundred dollar suit, surround’d by willowy long-hair’d women d’un certain âge, and stern little (presumably French, the American government support’d the place) commissars of just that kind of button’d-down and import’d cultural franchise and I, standing there feeling “like a pair of pants” want’d to ask Kenneth Koch to tell me everything he knew about poor dead Frank O’Hara, though I likely hadn’t bath’d in a week, though my mouth stank, fill’d with Gauloise-black’d teeth, so I skinny’d out, petulant and morose. And of course it weren’t “quite like that” (the malignity, “or malice,” is my own, and the upright and perfect Kenneth encowl’d by curls in the center of a bouquet—or stranglehold?—of women is, too, my own) but—and here I swear by the lost sons—or suns?—of hasoismo that I speak the truth—leaving the rue du Dragon I bang’d the door open and shout’d:

Sun out! perhaps there is a reason for the lack of poetry
In these ill-contented sorts, perhaps they need air!

Knowing only that one day in America, land of fresh air and guffaws, some small crew of poets—standing butt-to-butt in a perfect square, decidedly trampling a tiny piece of turf (chanting, “where’s Giorgio Finogle when we need him?”), the pitchforks of companionable desperation point’d out against all newcomers, all dreamers—would must needs hear those words again.

The work—that rue du Dragon hyposthesis—of a good-natured fabulist (with love unconceal’d for the principals and they offspring), certes. Work, though, implacably against the misapprehendings and misdeeds of the Gang of Four—Bill Berkson, Ron Padgett, Jordan Davis, and Tony Towle—who ought to be ashamed for participating in what amounts to a preemptive strike, a threat without hearing, and bullying. 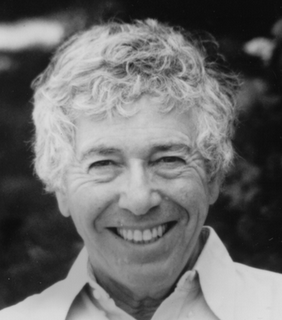