Martin Corless-Smith and Lives of the Poets 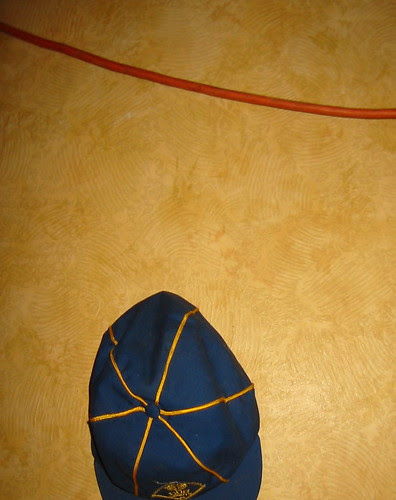 Regarding my two notes about the excellent Lives of the Poets (Five Seasons Press, 2009) by Alan Halsey, “with eighteen by Martin Corless-Smith”: Corless-Smith writes:

Thanks for your interest in the Lives. I thought I’d throw in my ten cents worth. Delightfully I find I recall it quite differently to Alan. Though not a marked contrast. I don’t at all recall the first “life” Alan showed me, nor do I recall the first I was working on, but I do seem to recall working on something before I knew Alan was involved in the project. It must have been after his Text of Shelley’s Death, which is a masterpiece, and excavates biography, or in that case biographies. Certainly he didn’t start this in response to seeing anything of mine, but I’m pretty certain I had already started my first efforts before knowing of his project. I had been looking at Surrey’s homage to Wyatt, writing a little bit about it I think, and felt it to be a “life” in terms of being a response engaged both with history and prosody. Well, I think I was reading a good bit of 16th and 17th century stuff at the time, as I often am, and was messing around a bit with a few things, when Alan showed me something he was up to. It struck me at the time that we were oddly up to the same thing. This isn’t that unusual really, and it does happen that Alan and I do occasionally compare new interests that have a starling similarity. I’ve no interest in claiming independence by challenging his memory of events of course. I’m much more interested in proliferating possible histories. Oddly, the final book states it contains 18 of my lyrics. It’s actually 19, which is a result, I think, of the work having taken place a long while ago, but also of the final outcomes from both of us having a fair few similarities. We never discussed the project in terms of this is what we’ll do, and this is what we’ll focus on. It was rather taken for granted what we were about. We did once in a while divvy up names. In the end I think the project is overwhelming, which is what attracts Alan to it no doubt. I still have a three quarter finished poem of Richard Rolle of Hampole awaiting completion somewhere. And once in a while it seems like the right way to respond to a poet and a poem. Was it started prior to the Schmidt book coming out? I think so. Certainly it was not a response to it. There was nothing ironic about the project for me. Well perhaps that’s not entirely true. Irony is a much maligned term perhaps. But in the end the project became Alan’s and for me the greater pleasure became waiting for his next and his next life, rather than finding time to write my own.

“Proliferating possible histories,” indeed. In a postscript Corless-Smith, nudging the scholar-athlete who resides deep in the bog of every poet, says “I never did say which life I wrote that was unacknowledged did I!” Prompting me to reply:

Thanks for another excavation, terrific. (I agree exactly that The Text of Shelley’s Death is a stunner and a lodestone.) . . . But you’ve left me hanging about the unacknowledged life. (Sounds like Thoreau: “most men’s lives go unacknowledged . . .”) I’ll have to search the book for clues, see if I can figure it out “textually.” By the way, your own prowling in 16th and 17th c. stuff—as it got reflect’d in Of Piscator led me into my own (noxious, to some) habits of fluid orthography (though a subsequent job here where I look at lots of Early English books’s done nothing but reinforce it).

A pause to note, out of Of Piscator (University of Georgia Press, 1997) lines like “maundering child / cant hear the ousel / ou la mavis sweet / who sing the matitudinal”—that impeccable “oldyn” ear. And to note, out of The Text of Shelley’s Death (West House Books, 2001), a single page (with its variances obtruding):

On the evening of the 12th [var. 21st] of May we discovered a strange sail coming round the point of Porto Veneri, which proved at length to be Shelley’s boat. —She had left Genoa on Thursday last. A Mr. Heslop and two English seamen brought her round, and they speak most highly of her performance. Shelley and I walked to Lerici, and made a stretch off the land to try her, and I find she fetches whatever she looks at—In short we have now a perfect plaything.

She looked almost twice her size. Thirty feet
var. seventeen or eighteen
var. twenty-one
var. twenty-eight
var. twenty-four feet in length, with a beam of eight feet, and drawing four feet: most beautiful boat, and so far surpasses both mine and Williams’ expectations that it was with some difficulty that we persuaded ourselves that you had not sent us the Bolivar by mistake.

A ticklish boat: very crank in a breeze: two tons [var. three tons and a half] of iron ballast to bring her down to her bearings.

She serves me at once for a study and a carriage.
She required more reefs than we found in her sails.
She passes the small feluccas as a comet might pass the dullest planets of the Heavens.

Halsey, under a tiny rubbing-out of some extraneous “Prometheus Unbound” verbiage (à la Ronald Johnson), so that the remaining reads—

wrecked on some oozy isle.
The fragments

Well I wonder if there are any clues. Perhaps only that this obscure poet hails from the same region of England as I do.
. . .
I think Alan and I have discussed our variant histories, and I assure you (and myself) that this sort of thing happens with us all the time. We just discovered we are writing of and from the age of Rome. A vast arena, but nonetheless another coincidence.

I rather suspect’d that the “of and from the age of Rome” hide a third point of entry and off I went, gullible as a tree and wholly liable to fetch forth whatsoever I look’d at. So I shout’d back, kiddingly, “Geoffrey Hill,” the first Worcestershire poet I bang’d into. Pas de réponse. A little bumping around in the research canyons and I’d got myself wedged into a cranny good. I report’d in:

The quick answer is I’m mystify’d. There’s Thos. Swan, of course, obscurity’s flame, but he is account’d for in the 18. There is William Langland (undone), there is [Fockbury’s own, I should’ve add’d] A. E. Houseman (undone), there is Samuel Butler (done, though hardly obscure). Next, I shall turn to stylistic differences between yours and Alan’s, ho ho.

And, trying to draw a palpable fish nearer the boat, toss’d out “Rome, eh?” and sign’d it.

There, dear Readers, is where my search for the obscure Worcestershire poet lies. Obscurest of all the poets in Halsey and Corless-Smith’s Lives of the Poets is, I always suspect’d, “Part chronicler part chanticleer part imbecile” Thomas Swan (1653-80). Corless-Smith’s piece:

Of course, Thomas Swan figures largely in Corless-Smith’s Nota (Fence Books, 2003). There, one reads “A Selection from the Works of Thos. Swan (MS. 8911 Worcester City Records Office),” with entries like—

from a calander of days
—Notebooks

Margaret in her vineyard laugh[s] out loud
I here [sic] as I passing as I ever much [must?]
this sweet song soul married now
and laughing to herself at three of clock

Now I assumed Corless-Smith’s playing Chatterton here—see in Swan’s “[Days],” “The day as is a hand we recognize as ours” or, out of the astonishing “Colours that do correspond not to the outward aspect though in truth I do not see them so”: “A person known to me of high regard—noticeable in the vicinty for his vocality is I have seen preceded and followed by a train of leaf green. This is the slightest of presences—invisible to the direct gaze—but it will happen as the air sucked after one who leaves a room.”

Stymied and stump’d (though who wouldn’t welcome a chance to return to Lives of the Poets or wander in the casual terrains of Nota?) Here’s (for all’s “Exagmination Round His Factification”) the piece for the author of the Cynarctomachy,that mock-heroickal battle between a bear and a pack of dogs:

Halsey or Corless-Smith? And of course in the riddled breeze of history, it probably hardly matters.

CCLXIV
Caught out again, beyond
the occasion, my momentary
dithering turn’d to makeshift
feints against the unbuffer’d
continuum, its ineluctable glissando
up-bow’d with a
faint rosiny ‘catch.’ I
return, glossy and prodigal,
with the frank smirk
of a moron repenting.
A rabbit dangles off
a rope secured insipidly
around my waist, its
nose a red coagulant
mess. Livery and geography
’d make me deviser
of some unsound stratagem,
some unrender’d half-measure,
a lout unperturb’d by
the centuries of knife-
shine and truncheon-lust,
or some irreproachably quick
beadle ‘shewing such a
dexteritie’ for order at
prayer, and coming regularly
back for more. “Polyphiloprogenitive”
’d stick out here
like a house dick,
the call is for
moot piety, no-color
sodality, a good Joe
meanness, I mean ‘average.’