Weekend of hurly-burly and long spurious trajectory: no catch in the unreeling, the motility of tableau. Harold Rosenberg:

At a certain moment the canvas began to appear to one American painter after another as an arena in which to act—rather than as a space in which to reproduce, re-design, analyze or “express” an object, actual or imagined. What was to go on the canvas was not a picture but an event.

The painter no longer approached his easel with an image in his mind; he went up to it with material in his hand to do something to that other piece of material in front of him. The image would be the result of this encounter.

If a painting is an action the sketch is one action, the painting that follows it another. The second cannot be "better" or more complete than the first. There is just as much in what one lacks as in what the other has.

The big moment came when it was decided to paint . . . just to paint. The gesture on the canvas was a gesture of liberation, from Value—political, esthetic, moral.

Why do I think that, out of Rosenberg’s “The American Action Painters” (originally 1952, reprint’d in Tradition of the New), in considering Anselm Berrigan’s Free Cell (City Lights, 2009), particularly in the initial long piece / sequence “Have a Good One”? (The book consists of “Have a Good One,” a two-page piece originally order’d by the Composers Collaborative—Berrigan work’d with David First—call’d “Let Us Sample Protection Together”—beginning with the fully O’Hara-inflect’d “When I was little I cut off the heads / of many lords. I can’t count on the energy / that took to rise in me at will, but I’ve / strengthened my ability to make a stand-firm surface,” that combo of nonchalant myth-making and flattish data, the personal poised in-between), and a final sequence, “To Hell with Sleep.”) Randomly, out of the middle of “Have a Good One”:

Have A Good One


The problem with free will
is not that it does or does not
exist, but that it’s pointless.


Pint balanced on beak.
Pre-emptive fluff
in quality trash sync
with gentrified protest
against the sweet song
of cronyism. No.
O acid blood
demystified
in the meta-squall
aquiver. Poly-flammable
apparitions and calibrated
scuzz for sale.
They, comrade
spite the bitten neck
for throbbing so wound-like.


Let’s step out of the day

for an unscripted haunting

a need to possess


I have imagined saying no so often and rarely ever fantasize a yes.
One may own a strategy what contains spitting yes repeatedly as
a tactic leading to the fulfillment of a grand vision that will be the
unmistakable embodiment and subsequent catatonic astral eruption
of a no.

my kissable lifeline
illustrates foraging
via $20 burgers
silence in public
is how I work
wonder of mortality
& risk being tarred elegiac
some risk                   & if I can’t wait to properly age, hon?


I’ll summon resistance gets used a lot by academics these days. Get
rewarded by a monkey fucking a football or spin the chore sheet,
and these things have character and what is that character, how can
I convey it or channel it into a intro? I will give my sister-in-law a
book about modernism for Chanukah, and my mother something
to steal from. To a colleague in the upper American north wilds
perhaps an explanation of the difference between ghosts and subject
matter. Some perjury for the comrades and a lovely pink slip for
moi.


The promise of a hard-won exuberance
brought you near. The need to be
around the most people doing
something was a fucking magnet. From
running races to making copies to
delivering packages promotion became
a recognizable cycle, if always
with a clear ceiling or escape hatch.
The latter you design, though awareness
of authority in that regard can be
transient. It’s a cheap shot. Honesty
in the making. But do the parts get to
be themselves while part of the whole
thing? And if they’re only themselves
like I’m only my habits and kindnesses
measuring contact before moving
forward we’re done. You’ll call me.
I tend to screen. Technology’s
beauty made shapely by the choice.
Bits of it, I mean. Shape is for the birds.

Is it the all-over diction, its rarely “showy” variability—“Poly-flammable” to “scuzz” to “fuck yr flock” to “unmistakable embodiment” to “I tend to screen,” all that flotsam of the American idiom entering without knocking—that makes me think that here is something in the proximity of a “big moment” wherein Berrigan’s simply “decided to write . . . just to write”? If Berrigan says “Shape is for the birds” is that akin to, say, Willem de Kooning’s contempt for the “finish’d”? (In Artists’ Sessions at Studio 35 (1950), edited by Robert Goodnough (Soberscove Press / Wittenborn Art Books, 2009), I read de Kooning’s reply to Hans Hofmann’s rather portentous “A very great Chinese painter once said the most difficult thing in a work of art is to know the moment when to stop” with something like a Berriganesque shrug:

I refrain from “finishing” it. I paint myself out of the picture, and when I have done that, I either throw it away or keep it. I am always in the picture somewhere. The amount of space I use I am always in, I seem to move around in it, and there seems to be a time when I lose sight of what I wanted to do, and then I am out of it. If the picture has a countenance, I keep it. If it hasn’t, I throw it away. I am not really very much interested in the question.

Like saying “Have a good one” and moving along. Encountering some of Berrigan’s pieces here and there it didn’t occur to me that that phrase act’d as anything but a title. In Free Cell though, it flits through the piece as chorus, title, marker. Recalling somewhat Kevin Davies’s use of typographic markers in the “some assembly required” parts of The Golden Age of Paraphernalia (Edge, 2008), the “Have A Good One” keeping the thing lubricat’d, unfinish’d, its items rearrangeable, interchangeable, unfix’d.

It turns out that the “Have A Good One” beginning “Let’s step out of the day” is also the result of a commission of sorts. Apparently the editors of Konundrum Engine Literary Review “asked two poets to exchange work and create interpretations of each other’s poems”—the poets being Stacy Szymaszek and Berrigan. Berrigan’s commentary on the process exhibits a kind of slapdash full frontal writerly assault (and humor):

. . . as I was in an emotionally agitated state I realized quickly upon making the plunge to actually do the translation—without giving it much thought beforehand in any planned sense (though anticipating the endeavor with solid excitement)—that I was going to write off of each line in each poem and each word in each line but not so much off of what I thought the poems were trying to broadly communicate. However, that kind of thinking does not, by my way of looking at it, preclude working off of the experience of reading and engaging each poem. I was not looking to write about the source of my agitation either, so that provided some symmetry in the sense of Stacy’s work having both my own inability to be composed and my lack of desire to make said inability be a subject between itself and my translation. Since I wrote all the initial lines all over the pages Stacy gave me, there is this intimate document somewhere, but that is not the actual translation. That’s more of, like, the literal translation vis-a-vis Stacy’s english into my english, and is therefore a disaster of accuracy.

Berrigan’s “own inability to be composed and . . . lack of desire to make said inability be a subject between itself and [the] translation”—isn’t that de Kooning’s “in the picture” and “out of it”? (I note in the version in Free Cell compared Konundrum’s to two tiny occlusions, a “however” and a “centimeter” that dangled off the beginning of that sequence of “by” phrases.) “A disaster of accuracy”—perfect, precisely what the age requires. 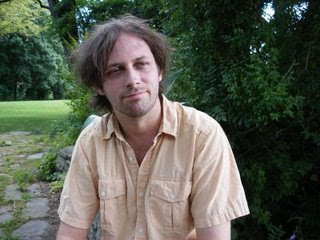 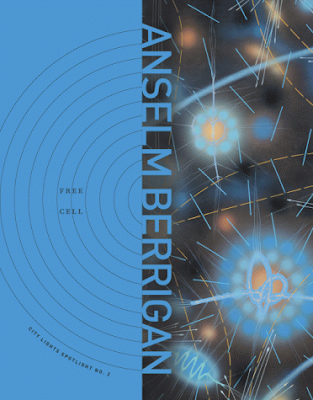