CCLXI
Pigeons, the plump Columbidae,
for Father Hopkins, go
strutting with necks jod-
jodding, a queerish verb,
completely right. “Of realty
the rarest-vein’d unraveller”—
he shuns no plain
property, makes exultancy itself
a study of light-
clubbed clouds nakedly white
or, unmitigated by simplicity,
of rock-interrupt’d water
pouring forth, with a
few ploughmen sitting side-
saddle mid-channel, letting
the horses, unhitch’d, drink.
Pencil-adept, he limns
a vulviform’d glacier—“This
is a glacier, though
you wd. not think
it.”—and complains of
Nature become Nemesis, she
of just proportion, so
planed-off precise and
wind-sawn the rocks
lying in the Aar.

The end of the week fatigue and sense of noble incompletion razz’d by jump humbuggery. My little racing onslaughts, nothing “deeply consider’d.” (Reports of Hopkins being mistook for a “simple man” for all the endless to and fro examining of something or other in a field.) Run into: another instance of Paul Valéry’s asserting form / invention’s superiority (the particular words hardly matter). The kind of thing I scold’d G. C. Waldrep for a few days back (noting my own late project-predilection). In Jed Rasula’s Modernism and Poetic Inspiration: The Shadow Mouth (Palgrave Macmillan, 2009):

In lieu of its “vocation of disorder,” Blanchot wonders what qualifies as Romanticism: “Where it manifests itself, rich in projects, or where it dies out, poor in works?” The answer: equivocation. Or, to use a term the Romantics themselves were fond of, the arabesque, the ability to wriggle simultaneously toward contrary poles. Although such wriggling can remain intransitive, and the work uncompleted, “‘this superiority of intelligence over the power of execution’ is the very sign of authenticity” as Blanchot puts it by way of Valéry. Execution is tacitly the domain of the artisan, so the artist asserts authority in a sovereign gesture of disdain, as if the poet, conceiving the masterpiece, says to the reader, you do it, where doing amounts to a laborious temporal extraction of the divine Idea from a patent muddle (in which James Joyce sets his hen pecking at a suspiciously sodden letter in Finnegans Wake). Resisting completion can also be decisive in its prevarication between available means; terminal indecision is hard to distinguish from polyvalent creative options.

Incredibly spark-throwing, that. Surely Rasula sees, too, in “the poet, conceiving the masterpiece, says to the reader, you do it,” the mantra of the Language boys, too. Is there a hint of alignment, two schools of wrigglers? Is there a sense of massive post-Romantic artistic dereliction of duty? Que scais-je? 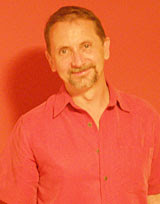 Although the lists appear arbitrary, in fact they are highly ordered by the
particular modes of their arrangement. For instance, watch, game, friend.
My friend gave me a watch, which I subsequently lost at a game. I went
back to find it, and it was still there. But the narrative twist is gratuitous.
Story, legend, book. The associations are more than assumed. They are
the lineaments of a gratified desire.

The botched job
The list
The amphitheater
The sight of blood
The abandoned station
The parie of gloves
The articles of war
Some silly old fool
The serious interest
The hank of hair
The plenary session
The gross margin
The bolt
A reduced, clarified experience
But I bore you
The effortless grace
The new
The abstract
The belief in original sin
Parataxis
The formula-one race car
My one good pair of cuffs
The day laborer
The hitch
The satisfaction guarantee
The backwards flip
The bat
The least common denominator
The wash
The very slow ballad
The gentle breathing motion
The wax
The end of side two

Caught in this net of things, we tend to sort as we go, listing into the wind.

One of the satisfying things about a list: it propels one “somewhere”—that is to say, there’s inevitably another association to be made (“the narrative twist is gratuitous.”) Hence, though, the interjection: “But I bore you”? Endlessly, repeatedly “gratified desire” is the list’s modus operandi and a sign of its aimlessness, it both out-performs and fails to satiate. Oddly enough, Robinson’s poem recalls one of James Tate’s, early:

This is a meditation:
a snake with legs,
a one-legged snake,
a snake with wings,
a one-winged snake,
a rat with sparks,
a fiery rat,
a rat that sings,
a star rat,
a horse that explodes,
an atomic horse,
a horse that melts,
an ice horse,
a bee that flies through concrete,
a pneumatic bee,
a bee that lifts buildings,
the world’s strongest bee,
a tree that eats the noses off children
a bad tree,
a tree that grows inward until it is a dot,
a hill of dots that eats lots of children
(you are not meditating).

Tate’s, of course, both sillier and more obviously exhibiting Robinson’s dictum “we tend to sort as we go.” Isn’t there, though, a similar impulse in Tate’s self-scolding (for the asinine direction the “narrative twist” of “First Lesson” is taking) and Robinson’s shuffle-off-to-Buffalo punning in the final line, “listing into the wind,” a kind of slapstick’ry that undercuts the piece (and offers a way out)? Another out of The Messianic Trees:

I’d like to write
a little bit
about the time

Like business services
such as payment, tax, logistics
advertising, planning

Before all being
means publicly
in front of the whole universe

Like “April in Paris”
by Alex Chilton
with its triple ending

Which is quick, nervous, witty and unpredictable, a fine made thing. Any moment of its liability to follow-through is avoid’d: a series of rapidly re-calibrated beginnings (which, oddly enough, refer mostly to endings—the switch “to lit,” the papers “all in order,” the final E-shot in basketball game of Horse, the “triple ending” of Chilton’s piece, the imply’d mimic of which is deftly avoid’d by the final line’s swerve away from a third repetition of “charging through the font”). 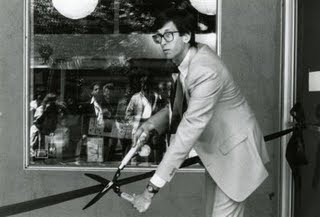