The Tug o’ War of Art

CCXLIV
A bagatelle mimsy and catachrestickal, SRO in the charabanc
gadding through the Midlands. I
Thumb’d up the Wye in a red lorry, arrived in Hereford with a monster
buzz.
The pony-tail’d chap’d kept rolling number against number, all
stinking of petrol, some story
About how it’d come up out of Nigeria in barrels. Tintern Abbey
Went by in sketch simulacrum, leaf of a book, carte postale, ink-
smeary photogravure of itself and Pony
Tail cut loose with a feckin Wordsworth obloquy I saw no point
refuting. “The shooting
Lights / Of thy wild eyes” is all I could muster, that and “this
unintelligible world.”

Minor diffidence at the dissonance factory, all that banging “at.”
I am patching up the “fix,” the one I am trying to break
off the instrumental
Encroachments of, high-corbelled latticework traceries of solid rock
that throw up branch stories
Of persistent faith imperishable. They are liable to come tumbling
down at the least achoo.
Such is the way language dislodges intent, erring off to wrangle
with the tangled skein of
Readers looking for fixity and forbearance, Niagara in a barrel,
a kitten in a chinaberry tree.
Like the blur’d out prose of a Hindi stowaway hid in a barrel,
trance medium bleu-foncé, all muster’s irrevocably brute.

Jacket weather. Idly wondering if anybody reads the Ford Madox Ford / Joseph Conrad collaborations, the novels Romance, The Inheritors, The Nature of a Crime, &c. I read, I think, Conrad’s Victory and proceed’d to attempt to read “everything I could find”—though I didn’t. I think I bogged down after Chance. Something Kenner says in Gnomon had me scooping up Ford’s Joseph Conrad: A Personal Remembrance:

He was small rather than large in height; very broad in the shoulder and long in the arm; dark in complexion with black hair and a clipped black beard. He had the gestures of a Frenchman who shrugs his shoulders frequently. When you had really secured his attention he would insert a monocle into his right eye and scrutinise your face from very near as a watchmaker looks into the works of a watch. He entered a room with his head held high, rather stiffly and with a haughty manner, moving his head once semicircularly. In this one movement he had expressed to himself the room and its contents; his haughtiness was due to his determination to master that room, not to dominate its occupants, his chief passion being the realisation of aspects to himself.

The opening lines. I admit: Ford’s prose is balky in its precision. One stops to consider that “realization of aspects to himself.” And one wonders about Conrad, that decision to write in English. Ford: “In English there were no stylists. French bristled with them. When he made the decision to write in English the writer does not know. He used to say that it was in Rouen harbour, opposite the hotel in which Emma Bovary had been accustomed to meet Rodolphe.” Then, later: “Conrad’s dislike for the English language, then, was, during all the years of our association, extreme, his contempt for his medium unrivalled. Again and again during the writing of, say, “Nostromo” he expressed passionate regret that it was then too late to hope to make a living by writing in French, and as late as 1916 he expressed to the writer an almost equally passionate envy of the writer who was in a position to write in French, propaganda for the government of the French Republic. . . . And Conrad’s contempt for English as a prose language was not, as in the writer’s case, mitigated by love for English as the language for verse-poetry. For, to the writer, English is as much superior to French in the one particular as French to English in the other.” That stuffy habit of Ford to say “to the writer” in lieu of “to me”—some barrier of the portly—part of the same sense of precision, though here mix’d up with décor? I suppose. In idly wondering mode: what prose / “verse-poetry” distinction’d make French a better prose vehicle? 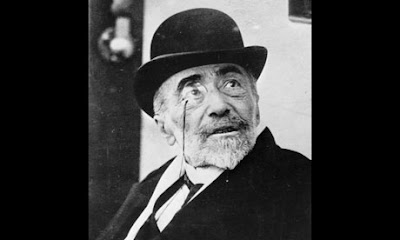 Jam Me in Hot Hell

Jam me in hot hell. Make me drive a street-cleaning truck
In the folds of the Devil’s anus, but don’t make me read all this Irish poetry.

I shall drive my flock down to the peat bog, take hold a random weed,
Pull it gently until I draw out a whole family of medieval Irish criminals.

A black garlic rope hangs from my rafters; it stops just short of the floor.
It leads through the ceiling and forms a noose around the ankle of a prostitute’s bed.

The pulled drawcord on your money pouch is a choke on your rival’s throat.
So let it be. Let the filthy lucre stew in its own juices.

For if the word vagina means sheath, then every baby is a sword.
Preserve us from this line of thinking, O Kūdalasangamadēva!

O twice-burned lover, risen from the dead with wisdom in your mouth,
Today, you are looking at a living piece of flesh . . .

I may not seem like much to you now, but you’re seeing me after the accident.
I know it doesn’t matter to yóu, for your love for me is ethereal.

But I am remembering the half hour, the minute, wherein I was young and brave and beautiful,
And how all the old guys, no hair and twice my IQ, used to lick their lips and stare . . .

Oh, we must go to school for Swift, for Swift says there’s no helping
Hating your neighbor, but you have to be a help to him nonetheless.

In the Stones of a Bull

War-weary general, manfully squinting into the sunlight,
Call back your invincible armies. Show mercy to the heathen peoples.

The 580 strophes began as more than a hundred and forty-five thousand,
But I have scissored out all the distichs I judged obscene.

In this universe practically naked of reasons to get to know one another,
We need every excuse we can get . . .

Young woman walking the road to Rome, with a book of Latin poetry in your jacket,
Come over here and read something aloud, to myself and to my family.

Iguana’s no kind of flower: only a muscular row of thorns.
The dewy red petals are elsewhere. Are in the licking mouth of a dog.

I am going into the prayer room; I am intent on saying a prayer. I have
Memorized the unrhymed sonnet that begs forgiveness of those we love.

In the stones of a bull stands a House of Representatives.
Togas are still in fashion there—also the axe and the faggot of sticks.

Says Madrid: The buck and the rooster nest in my palm.
Therefore let the foundation of my fame be my openhandedness.

Half braggadocio, half “compleynte,” running some god-fetch’d gamut of formal conventions (held together by a completely disarming voice) and half-mocking all of it. I detect trace elements of the dozens, of flyting, of the ghazal, of the Song of Songs, of the Greek anthology epigram’s gentle slam, of saga and epickal Indian things only heard of, the ones with “Exactly 580 elephants, all of ’em black as umbrella canvas . . . advancing / In pairs, in full armor, down a thoroughfare cut through the jungle.” Satirickal and boisterous and rollicking and strangely (suddenly) moving:

A book is a dead thing: take it to bed, you’re asleep in a minute.
Whereas, if a friend is lying next to you, talking—you stay up all the night.

That’s the way to write, Madrid! Be like a pillow-talking friend—
A good friend full of question and answer, head propped up on one hand . . .

That solicitous detail of the “head propped up” washes the scenario with something like genuine sincerity. (Such voice-carry’d variousness recalls the work of Kent Johnson who, he too, is capable, mid-satire, of lines of such rampant feeling one’s liable to find oneself completely absorb’d, wholly blot’d by the sentiment. Uncanny as the register shifting of O’Hara.) Consider the range of registers and references in the opening half-dozen lines of Madrid’s “I Too Have Been to Candyland”—the dork quotidian abutting the gold-light’d heroic age of (here) Arabic poetry:

I too have been to Candyland, but I found myself missing the death cult.
I missed the spectacle of the wounded bones being opened and instrumented.

Bill Varner, when he was still just a boy, wrote a stunning line of Arabic verse.
He wrote: “The crescent moon is a scimitar; the sun, a severed head.”

¡Gran cantar! and this, when he still had to keep his books in a locker!
And he’d never even held hands with a girl—God! Penn State in the 1980s!

I know nothing about Anthony Madrid (the chapbook admits only that he “lives in Chicago” and “The title of his manuscript is THE GETTING RID OF THE THAT WHICH CANNOT BE DONE WITHOUT.”) The work is impeccably produced (like everything I’ve seen of Cosa Nostra’s) and arrived with Mary Hickman’s How to Be Healthy & Heal (and a terrific Hickman broadside call’d “The Comets Laugh”) Hickman, with Robert Fernandez, is co-publisher of Cosa Nostra. Here’s one more Madrid, ¡Gran cantar! indeed:

When Cloud-Colored Light Plays on the Body’s Naked Surface

When cloud-colored light plays on the body’s naked surface,
The definition, the shadows ravish the eye.

Perhaps that’s why Vatsyayana, immortal author of the Kama Useless,
Recommends not poetry but neumond starlight to the man about town.

Very few women have seen my body—and, in a sense, not even they.
For I am recently translated into an hitherto-unthinkable beauty.

The eleven directions are mine: north and south, and the other two, and
The one between, and up and down, and even the broken axle is mine.

But, rather than see my fractious name carved on the front of Butler Library,
I would gladly hear it hissed in uttermost scorn by the girl from Rose Apple Tree Island. 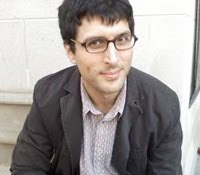