CCLIX
Crazy memory, its caul and rash,
the way its sinews sew up
presumptuous erring dodge-magniloquence, and make
for a spotty report, all vitality-
deck’d, or deck’d out. Perfect. I
did courtly love in my twenties,
makeshift slot-machine ka-ching laments,
money suck’d up, boy chuck’d out.
Ferai un vers de dreyt nien,
flat out feckless niente gob-hammerers
in the intervening, the nothings of
a burro in the sun. I
keep my messy incompetences to myself,
vagary shut up where it is,
and advert nobody to the miasmic
toll-taking of such unnatural diligence
combined with such ostentatious raillery, Sturm
und Drang wear-and-tear duds
nothing doing. What I need is
a washing machine, something to suds
off the regalia of saying, or
soak my brazen hat-trammel’d head.

Reading (obviously, cantankerously—below) Donald Davie’s Purity of Diction in English Verse. I think I’ll simply gather up here a little stockpile of things I’m thinking about, mostly regarding the emergence of a “processual” poetics. Pound, in A B C of Reading:

Anatole France is said to have spent a great deal of time searching for the least possible variant that would turn the most worn-out and commonest phrases of journalism into something distinguished.

Such research is sometimes termed ‘classicism’.

This is the greatest possible remove from the usual English stylist’s trend or urge towards a style different from everyone else’s.

And, Dr. Johnson on plain-speech (my bête noire):

Gray thought his language more poetical as it was more remote from common use: finding in Dryden honey redolent of Spring, an expression that reaches the utmost limits of our language, Gray drove it a little more beyond apprehension by making gales to be redolent of joy and youth.

(Now that “redolent of” is common use (of a kind of faux-precious hoity-toity sort), one ought avoid it relentlessly, is my thinking.) And, Davie, regarding Coleridge’s “The Improvisatore”:

The improviser was a heroic figure of the Romantic movement through Europe. . . . He belongs with the Aeolian Harp and the Upas Tree, amid the characteristic furniture of the Romantic Age. He could be used in many ways. He embodied the spontaneity of poetic creation. He strained himself, in inventing against the clock, and so embodied the view of poetry as a sort of painful possession. . . . In the present connection, what matters most about the cult of the improviser is the most obvious thing about him: he makes it up as he goes along, and ‘it’, therefore, the thing he makes, is not a poem, a statement, having shape and finality, but a piece of poetry, the record of a visitation, the section of a flow of talk, a spasm or a series of spasms. The poetry which tries to seem improvised will be spasmodic; a consistent tone of discourse will not be wanted in such poetry, any more than the consistent development of a single theme. It follows that, in such poetry, a pure diction will not be merely irrelevant, but positively unwanted.

This is one of the most momentous changes in the history of poetry. It marks the disappearance of the Renaissance conviction about the poem as a made thing, thrown free of its makar, something added to creation and free-standing in its own right. The poet hereafter is legislator, seer, scapegoat and reporter; he is no longer an artificer. 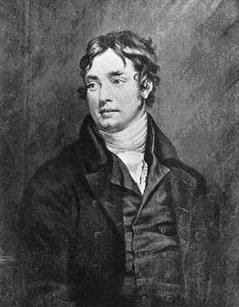 My job was to pick rocks. From his field. In lieu of rent. But the rocks were all limestone and were crawling with tiny fossils of various crustaceans & cephalopods & wavy ferny things that looked like plants to me but, on second thought, probably weren’t, probably weren’t plants at all but animals in the same way that a tomato is a fruit and not a vegetable.

He would see me down in the lower field on his way from the house to the paddock and I would be staring raptly at a stone the size of my fist and he would call, “Everything OK?” And I would toss the stone into the wheelbarrow than rested ten, maybe twenty feet distant and I would call back “Yes. Everything’s fine.”

Sometimes I would enter the field late in the afternoon and find the wheelbarrow in place, a few small rocks already weighting its rusted udder. When I asked, he said “Oh, the children do that.”

At the south edge of the pasture was a sinkhole that he used as a firepit. Trash from the house, trash lumber from his mill, anything he couldn’t or wouldn’t use. Once a month or so he burned off the sinkhole. The fires would burn for two or three days.

Once I took a rock home. It had the most amazing fossils but was, like everything else, encrusted with manure & red clay. I scrubbed it, then left it in cold tap water for a week by my sink, then scrubbed it again. With a toothbrush.

I wondered whether the scrubbing, since it was limestone, would wear the fossils right off, so eventually I quit. Later I quit soaking it also.

Most days, when there was work, I worked at the cabinet shop on Hardinsburg Road. I ran the sander, stacked lumber, and generally kept up with the odd jobs. The cabinet shop was called Blue River Cabinetry, but the Blue River was actually some distance away. When I asked one of the owners about this, he shrugged and said, “It sounded nice.”

Periodically a flash thunderstorm would wash through the pasture, deepening the sinkhole, eroding more of the west bank, and uncovering more rocks.

During the two months I lived there his wife did my laundry, on alternate Mondays. Once she got my underwear and his underwear confused. We thought we had it sorted out at the line but later I found that a few of his shorts & shirts had slipped into my drawers. I still have an undershirt of his that I wear, when it comes up in the pile.

I’m afraid this is the film with the burning sheep in it. Again.

What Is a Key Signature

A collection of small items that could be mistaken for trees though not poplars maybe. A natural courtesy, a request for an orphanage. A salubrious assignation.

When many fixtures less the appearance of simplicity is brutal, a counterfeit dexterity. A stone is a plenary terminus, the extension of space past flesh counts as ample profile. A feeder moves more speedily.

A path a street a lane a court an alley a small road a winding stair.

What Is a Tenor

If astonishment than replica. If porcelain then mourning. If hero then metamorphosis. If abstinence then flight.

Very well thank you. If yucca then savvy then delight.

Lovely in its way, though I’d argue that the shorter, somewhat “abstract” pieces risk a brittleness or preciosity. I puzzle about the book. Waldrep makes plain how Archicembalo—a word “first used in 1555 by Nicola Vicentino to designate a harpsichord equipped with many divided keys, or even a second manual, in order to permit the playing of his reconstructions of the diatonic, chromatic and enharmonic scales of the ancient Greeks”—“is structured after the fashion of a gamut, or musical self-instruction primer that often prefaced volumes of 19th-century American sheet music.” Which is a fine invention, or bit of finding, a form—question and answer—likely expandable and capacious enough to contain any of the world’s tidbits. (Here, one story of seemingly endless labor, sparing the narrator, Scheherazade-style what dire consequence? Or, too, some less conspicuous narratives, “serialism” as a joke about the invariably repetitious result of distributing events over time, “key signature” as a number of species within a genus, “tenor” as a set of seemingly meaningless consequences, abutted by a kind of automatism of politesse? &c.) What troubles me: it’s as if Waldrep’s book is complete with the finding of its form. Musical question, answer (may “relate” or not), prose paragraphs. Not so different—I’d add—from Ron Silliman’s The Alphabet (which has the advantage of working within, or being constrict’d by, a limit’d set), or from my own doings here with “A Year” (which is likely why I am attuned to the limitations and consequences of the thing). And sway’d by Donald Davie, in Purity of Diction in English Verse (1952):

There are poems with are poetic by virtue of the finding and conduct of a fable, over and above the poetry of their language. I am well aware of the dangers of this contention. It is always dangerous to divorce poetry from words and locate it in some air-drawn ‘form’.

And he points to the example of “the poet whose language is undistinguished, whose powers of invention, at least in his longer works, are strikingly poetic. We can call a poem ‘sublime’ when it displays powers of invention so conspicuously that considerations of diction, while never indifferent, are of only minor moment.” Rosmarie Waldrop, blurbing Archicembalo, is absolutely right to point to Stein’s Tender Buttons, another books wherein one senses the possibility of a near-complete interchangeability of parts (textual swapping). (Waldrep’s lingo and rhythm even fall into Steinesqueries at points: see “What Is a Fugue”—“A good dog comes lightly, a good dog comes nightly is pet and is petted and in this way we know the faculty of exuberance. There is a bounding a stretching forth there is a limb and within the limb a letter and it is carried . . .”)

Likely wrong to read Waldrep’s Archicembalo so completely through Davie’s complaint. He quotes Paul Valéry saying (in “Poetry and Abstract Thought”): “I am inclined, personally, to pay much more attention to the formulation and composition of a work of art than to the work itself, and it is my habit, which amounts almost to a mania, to appreciate such works only in terms of the activity that produces them.” Which sounds like a revisionary Mallarmé telling the poor aspirant-sonneteer Degas: “Ce n’est point avec des idées qu’on fait des sonnets, Degas, c’est avec des formes.” The particular color’d threads of words ceasing to mean against the embroidery hoop of form. (Still, I note “rusted udder” and shudder at its impertinence to the wheelbarrow’s clang-metallic flatness . . .) 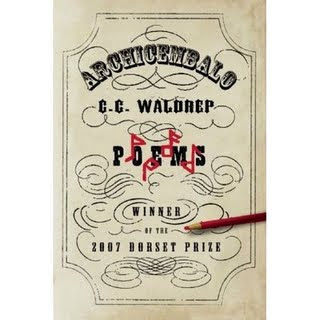