All the horses shy
off with half-neighs
making shapely a throng
compliance wheel to stampede.

Errancy’s a theft of
acquaintance a momentary negligible
blot to hazard a
shorn heart’s steering forth.

Skimming through Jed Perl’s New Art City: Manhattan at Mid-Century (Knopf, 2005), struck by how tired the tiredness of the tired old Dada nag is. Perl:

Already in 1958, Nell Blaine was worrying in a journal entry about the rise of “the idea of novelty above all” as well as “the love of cruelty and art brut of the Post-Atom 2nd string Dadaists.” All this, she wrote, “has stuck in the craw of many serious artists who may go their own way quietly.” At least until the end of the 1950s, though, [Marcel] Duchamp’s and [Ad] Reinhardt's dark, contrarian views were held in check by a gloriously optimistic sense, the sense that [Hans] Hofmann epitomized, that art was organically, dialectically related to the hurly-burly of life—and that art could transcend life. “Those with a capacity for life, joie de vivre,” Blaine observed, “will go on in the face of annihilation.”

Reinhardt, “the gadfly’s gadfly,” who says “Art is art. Everything else is everything else,” and “Art is too serious to be taken seriously,” and, in a 1966 interview: “The art world is no longer satirizable. I suppose there isn’t much going on except business, and that’s not very funny. Ten years or fifteen years ago (perhaps it was much longer), it was possible for one artist to call another artist an old whore. It’s not possible any more. The whole art world is whorish and one artist couldn’t’ possibly call another artist an old or young whore. Everyone now wants to be a ‘howling success’ and a celebrity. Everyone wants to be like Elizabeth Taylor. And there isn’t anything Elizabeth Taylor can do that’s not of great interest to everybody. I’ve been using the term ‘selling out’ the way it was used in the twenties and thirties. Everyone else thinks it’s a good idea or a good expression. An artist who comes in and says he has sold out his show thing that’s a good thing.” To the Kenneth Goldsmiths who’d do a crocodile-tears Brion Gysin lament (1959) that “Writing is fifty years behind painting,” one’d add: “Thank God for that.” Though it’s apparent that of late it’s determinedly making up for it, the whorish burgomeisters out in front. 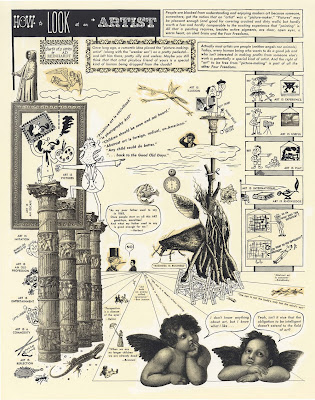 Ad Reinhardt, “How to Look at an Artist” 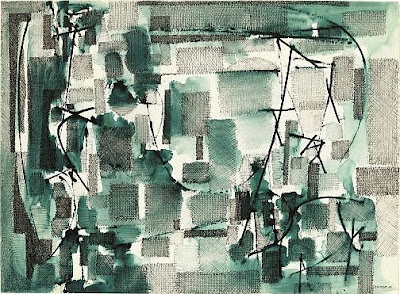