CCLI
Common nightshade with its “protruding yellow beak” is crowding out
the sage the neighbors
Put in two summers back trying to reclaim some manufactory-scald’d
patch of land.
Muss’d raffish sneezeweed spilling its smut-yellow against the fence.
The omnivorous public sphere’s liable to box anybody in, only
remaining chicken
Heart the size of a California strawberry stuck in the corner of the take-
out container. The sublime
Lacks a proper style, refuses to own up to anything so belabor’d—
it asks to be consider’d
Mere spasm with the precisely amorphous endangerments of grace.
A wayside invasive.

Unrender’d by epithet, that dodge of the urban-skirt’d taxonomists,
The vulgar renegade up-plows the plinth of its presentation, makes
inept the apt
Handling its potency requires, whether ful colerik of complexioun
or nat repleet of humours hote.
Chaucer. Impurity to niggle the continuity, a tickweed to bully the sensitive-
plant into unremediated nictitating
Like the sever’d leg of a frog jump-goad’d by electricity, or an alligator clip
used to make
Temporary connections while a roach burns itself out. The collapsible
syntax of ash.
The expendable planks of impalpable lingual noise hammer’d into
a misfit style, bang! bang! bang!

The toll of the long weekend: terminal fuzziness, sleep patterns awry. I finish’d Inherent Vice without finding anything much to say about it. Big sadness at a lost moment I doubt ever truly exist’d—I recall spouting off at Paradise Beach in Mykonos at the cave-dwelling hippie capitalists, the ones who’d winter in India and return with loot—bags and jewelry and truck—to jack up and sell to the summer hordes. “Groovy, man.” Half of reading Pynchon though is for local sentence by sentence pleasures, it’s impeccably ear-gear’d. That and goofy shit: “Wavos,” the breakfast joint where the surfers hang. Diddled, I did, at a couple of “missing” numéros of “A Year,” and a couple of others bunch’d up in the pages of notebooks. Check’d into Charles Portis’s Masters of Atlantis (thinking now that Nathanael West’s The Dream Life of Balso Snell is likely “behind” it), broad comedy quotient higher here than in the other Portis books. Of one hack writer W. W. “Dub” Polton: “He wrote So This Is Omaha! in a single afternoon.” Off to walk the traplines.

The urge to resuscitate and order exists also in poetry, not just in fiction, which brings me back to the question of Robert Lowell, whose work and life seemed steeped in the privilege that I was born to reject. Self-loathing Bostonians are a breed unto themselves; they undermine what fascinates them. They can’t get it out of their heads. We love to talk about it to each other. But why keep returning and repeating what you disdain?

When Lowell relaxed into the sonnet form, he gave us a new kind of poetry notebook, sort of like the Arab journey poems that respond to immediate weathers, obstacles, desires, and politics. He could ride it as long as he could ride. The sonnet is like a party where you can leave when you have had enough, with a summary statement at the door of air. You are not afraid of your own absence; indeed, you enjoy providing closure. And then you can remake the whole event as you drive off alone into the night.

Lowell’s sonnets, like those of George Meredith in Modern Love, took the personal and confessional, the ironic and late Victorian, and found enough in them to end on. Lowell is an indoor poet, unlike Hardy, whose constant experiment in the shapes and length of his poems reflected his engagement with weather and land.

If Lowell had written a prose memoir, it would not have been much different than his late sonnets. But by then he was being ridden by repetition. Repetition suggests an excess of confidence in the one thing you are doing. Poetry in this case.

The prose notebook is something else entirely, without repetition or revision included. It is antimemoir, a response to a day, and all the day produces by chance. It is in many ways the most radical form: a chronicle without a rhythm or a beat. Pure reflection, transparency. No audience desired or expected. It is inherently anarchist.

Astonishing the number of sparks here, and thrown off so casually. Howe proceeds by subtler distinctions: indoor poets versus outdoor. Repetition ally’d with confidence and boosterism, rather than with any obsessional “get it right” compulsiveness. Closure = comfortable with one’s own absence. (One wonders, though, at the class imply’d by such a stance. No concern with losing one’s place in line. How is it that our own innate hoi polloi class revulsions exempt Fanny Howe and Susan Howe—though not Lowell, not Eliot? Is it “merely” gender?) Howe reports how “midtwenties and divorced, I first saw the poet Robert Lowell when I was dining with my father at the Harvard Faculty Club” and admits that “when I knew Lowell, he seemed indomitable, and one thought that he, like Wordsworth, would last even longer than anyone.” And “self-loathing” Lowell is rhyming “Harvard” with “graveyards” in the most aimiably “prosateur’d” sonneteering imaginable:

Taking in longhand Ford’s dictation on Provence,
the great Prosateur swallowing his Yorkshire British,
I fishing for what he said each second sentence—
‘You have no ear,’ he said, ‘for the Lord’s prose,
Shakespeare’s medium: No king, be his cause never so spotless,
will try it out with all unspotted soldiers.’
I brought him my loaded and overloaded lines.
He said, ‘You have your butterfly existence:
half hour of work, two minutes to love, the rest boredom.
Conrad spent a day finding the mot juste; then killed it.’
In time, he thought I might live to be an artist.
‘Most of them are born to fill the graveyards.’
‘If he fails as a writer,’ Ford wrote my father, ‘at least
he’ll be Ambassador to England, or President of Harvard.’ 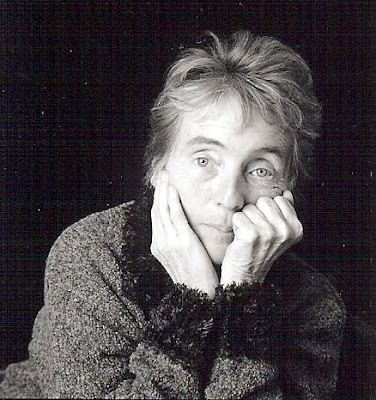