Ray DiPalma’s The Ancient Use of Stone

CCLXV
Drowsy and incapacious,
a sere astringency
suborn’d to plug-
boosterism, the nigh-
perfect block lettering
of a sign
spelling out two
giant-sized words
consign’d to mere
architecture, illegible, blue.
At odds with
the jowl’d intent,
with the squeeze-
vehicle merry, with
all the romp
human fortuitousness of
captcha and plunge,
the dibble making
a row of
finger-sized holes
in the earth
for green seedlings.
One smallish chapter
in a book
of riot, viciousness
and conceit is
all one is
ever capable of,
hoodwink’d by myopia
and conjecture, flung
into the starry
impatiens, the rue.

Just for the recording of it, out of an appendix to Donald Davie’s Purity of Diction in English Verse, two quoted chunks—Ben Jonson and John Dryden the culprits—niggling the categorical the way our own nigglers do today (Mr. Silliman ought might hoist the Jonson standard mayhaps and be done with it, call that fictional “School of Quietude” a bunch of “girls”—). Here’s Jonson, in “Discoveries,” censurer of both extremes, the rough and the smooth:

Others, that in composition are nothing, but what is rough, and broken: Quae per salebras, altaque saxa cadunt. And if it would come gently, they trouble it of purpose. They would not have it run without rubs, as if that stile were more strong and manly, that stroke the eare with a kind of uneven(n)esse. These men erre not by chance, but knowingly, and willingly; they are like men that affect a fashion by themselves, have some singularity in a Ruffe, Cloake, or Hat-band; or their beards, specially cut to provoke beholders, and set a marke upon themselves. They would be reprehended, while they are look’d on. And this vice, one that is in authority with the rest, loving, delivers over to them to bee imitated: so that oft-times the faults which he fell into, the others seeke for: This is the danger, when vice becomes a Precedent.
Others there are, that have no composition at all; but a kind of tuneing, and riming fall, in what they write. It runs and slides, and onely makes a sound. Womens-Poets they are call’d: as you have womens-Taylors.

“They write a verse, as smooth, as soft, as creame;
In which there is no torrent, nor scarce streame.”

You may sound these wits, and find the depth of them, with your middle finger. They are Creame-bowle, or but puddle deepe.

Ah, Jonson’s “middle finger.” Dryden, in “An Essay of Dramatic Poesy,” puts Crites to talking with Lisideuis, the former admitting to “a mortal apprehension of two poets”:

“’Tis easy to guess whom you intend,” said Lisideuis; “and without naming them, I ask you, if one of them does not perpetually pay us with clenches upon words, and a certain clownish kind of raillery? if now and then he does not offer at a catachresis or Clevelandism, wresting and torturing a word into another meaning: in fine, if he be not one of those whom the French would call un mauvais buffon; one that is so much a well-willer to the satire, that he spares no man; and though he cannot strike a blow to hurt any, yet ought to be punished for the malice of the action, as our witches are justly hanged, because they think themselves so; and suffer deservedly for believing they did mischief, because they meant it.” “You have described him,” said Crites, “so exactly, that I am afraid to come after you with my other extremity of poetry. He is one of those who, having had some advantage of education and converse, knows better than the other what a poet should be, but puts it into practice more unluckily than any man; his style and matter are everywhere alike: he is the most calm, peaceable writer you ever read: he never disquiets your passions with the least concernment, but still leaves you in as even a temper as he found you; he is a very Leveller in poetry; he creeps along with ten little words in every line, and helps out his numbers with For to, and Unto, and all the pretty expletives he can find, till he drags them to the end of another line; while the sense is left tired half way behind it: he doubly starves all his verses, first for want of thought and then of expression; his poetry neither has wit in it, nor seems to have it; like him in
Martial:

There Davie ends, though Dryden adds “he affects plainness to cover his want of imagination . . .” Ah, poesy, your mordon’t narraturf is constant, a lunaticycle. 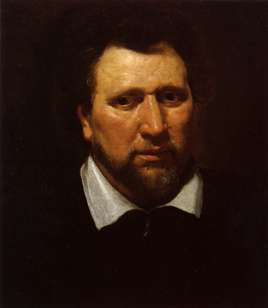 Out of Ray DiPalma’s lovely and exceedingly rich book of notes, drawings, journals, a whopping big conglomeratory “fix” of things, The Ancient Use of Stone: Journals and Daybooks, 1998-2008 (Otis Books / Seismicity Editions, 2009), in a summer 2006 sequence call’d “Mules at the Wake”—epigraph’d with none of the coyness of the “poète-ingénieur des grands projets heroïques” and all the simplicity of one for whom making is a vivid integral, a way of being—“HOMO FABER // this then / then this // that then”:

In two columns, Joycean mashups (or, Saroyan, Aram, though that’d require each put radiantly to a page—one sees the paucity of the minimalist grindstone in DiPalma’s nonchalant mustering of a horde, a book, in a day). Not—I think—particularly “typical” of DiPalma’s book, being a kind of set-piece whereas the book mostly collects textual flâneuries. My prefer’d: vividiot. Is “July 30, 2006” typique?

“We are so estranged from our human essence that the direct language of man, the expression of need, strikes us as an offense against the dignity of man.”
—Karl Marx, Early Writings

“Good nature is that benevolent and amiable temper of mind which disposes us to feel the misfortunes, and enjoy the happiness of others; and, consequently pushes us on to promote the latter, and prevent the former; and that without any abstract contemplation on the beauty of virtue, and without the allurements or terrors of religion.”
—Henry Fielding, Essay on the Knowledge of the Characters of Men

Put it here, think of it later, abandon it again—

Constrained to produce, to reveal distinct features,
to argue from proximity, to suggest the elusive or
expedient from little or nothing—

An ominous dream described, then retold with added detail,
and then enlarged and highly embellished, for 3 different strangers—

Decipherment is invariably descriptive the more philosophic its original terms—

The burden of what has been take away—

No allegories, only shadow play—

Elder is a tree of ill-omen, and countrymen
used to raise their caps to it as they walked past.
A tree of shame, it was used for hanging criminals.

I like quiet places, but they always make me feel
I should hurry whatever I’ve come there to do.

Dollops of poetics (“the ends in themselves,” “No allegories”), a seeping sense of winding down, of things left out, or removed, or abandon’d. There’s a sense of care, of “getting things right” (in some of the drawing-thick texts like “Jihadgraphy,” texts I’ve barely suss’d, I am remind’d of the letters and notebooks of Guy Davenport, drawings tidy and box’d in series, a visual compartmentaliz’d certainty attempting to harness the range of disparities.) So, a day’s interjection regarding “corruption in the text” and “inconsistencies” (in some unnamed document) is fitting:

There is a remarkable spareness to both texts that coincides with the setting of the events they narrate—described simply as ‘an uninhabited island’. Sufficient space was left for the names of the characters involved but it had been left blank in both versions, and its actual scope suggested only by two small decorative elements of the compositor’s choosing.

The emblems employed by the compositor were meant to represent the ornaments drawn by the original copyist. But they did so only in their placement. In no way did they replicate what the copyist had indicated. The compositor had replaced a carefully drawn hand and a woman’s face in profile with an animal horn and a pair of mason’s calipers.

And, too, elsewhere, in “Mules at the Wake,” the lovely one-liners crop up:

the revenge of the moderate
A greasy peony between the teeth

Impossible to detail (or even suggest) the bounty here—the book, in a capacious format, runs over two hundred pages. Six sequences: “The Ancient Use of Stone” (1998), “Jihadgraphy” (2002), “An August Daybook” (2005), “Mules at the Wake” (2006), “Ascoso” (2006), and “Salt in the Rock” (2008). “Jihadgraphy” is present’d in three-column pages, one column reserved for graphic elements, “Ascoso” (it begins “There’s nothing here to be measured— / simply take your share. Pensa, lettor”), the shortest, may be the most forbiddingly “thick” at approach (think of Ashbery’s Flow Chart). Everywhere evidence of a nigh-Beckettian compulsion to test and testimony, a will’d burden (here in “The Ancient Use of Stone”):

January 22   There is a rhythm to all this. Which to trust? The words? Or the pace of disclosure? The syllables shaped—prefixed, suffixed & the next word & the next—left with that. No peace to be found in the silence. Never. Better face into the wind. Out of what disclosures has it now been further made? There first.

And, in the next day’s note: “‘Chih’ [the word on the page] ‘Chung’ [its progress]. From base line to horizon—from the last man standing to the remark—what to do with this vestige? Another ghosted owl. Où sont? M. would say there’s nothing in all this saying, better to tell you something about something surrounded by an effective arrangement of something and something else. The bitter experience or the rendered smile. All things are made relative by being placed in a larger context. The expression of one is the exclusion of the other.” There, too, a sense of how saying degrades the plenum. And Laura (Riding) Jackson quoted a page or so along: “The liberty of word that poetry confers is poetry’s technique, not truth’s. [The Telling].” 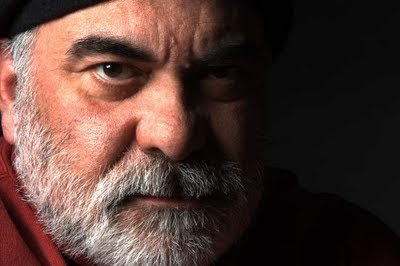