CCXLVII
Unprecedent’d fall in the price of timberrrrr kind of thing. A penny
stamp and a long row
Of R’s extending itself into the distance, the way
Walking is a kind of pitching forth caught by one leg, or the other.
Just jamming, maestro. Tossing
Quoits at Tokay bottles: “Buffoonery frightens me.” Then the elephantine
lunch. I love any code
That subtends its own breakage, the way rhetorical similitude risks
running off the very tracks
It constructs: suppose, like, the resemblance got stuck kind of
thing. My love is
A red, red rose, and thereof the thorny sanctum unassailable
skirts its prior Beatrice, rid of it.

Rigid allegory. A little garden-close pierced by the sun
in its unbecoming red
Sweater. Machinery and contrivance undaunt’d, hid by the light-
Tether’d clouds. Doughty chance is one way, and hard labor
di color di fiamma viva.
Think of a blazing erroneous ruin falling the way fires must, re-
adjusting to a momentary equilibrium,
Gli occhi ci sospinse that moment the love-cry ups and outs,
Damascene to a magistrate, dove to a harrier, portcullis to a nun. Meaning
meaning nothing if
The receiver’s held up in receivership, or the putschist in abeyance
is a fence.

Hugh Kenner’s piths and gists, triggering a kind of murderous applicability. Of syntax he writes (out of Gnomon: Essays on Contemporary Literature, a chapter call’d “In the Wake of the Anarch,” largely a review of Donald Davie’s 1955 Articulate Energy: An Enquiry into the Syntax of English Poetry):

Syntax postulates an intelligible world; whoever frames a sentence claims to have performed an analysis, corresponding in complexity to the articulation of the sentence. “Jack threw the ball and Will caught it”: we have observed these activities, and concluded that they were disjunct. “Jack threw the ball to Will”: either a different throw, or a closer analysis.

The thriving plants ignoble broomsticks made,
Now sweep those Alleys they were born to shade.

—syntactic neatness miming a perception that Fortune’s wheel can turn with headlong precision. But an arrangement like the following, though officially a sentence, corresponds to no observed architectonic of events:

There was rapture of spring in the morning
When we told our love in the wood.
For you were the spring in my heart, dear lad,
And I vowed that my life was good.

The only identifiable event (“told”; for one can’t believe “vowed”) buries its face in a subordinate clause shielded by a falling rhythm; while the first and third lines expend their clockwork confidence in saying nothing. The tawdry appeal the poem puts forth . . . depends on a mere Gestalt of reliable words: rapture, spring, morning love, dear lad. Any gimmickry that will set these partners jigging in a suitable brief stanza will suffice, or any gelatin that will hold them in conjoint suspension. The syntactic machinery is plainly a sham.

Yow. A “Gestalt of reliable words”—the way, say, “wilderness,” “tray of porcini,” “olive-sided flycatcher” “Empire” and “WMDs” array’d in sprawl-nonchalance propel a certain kind of, oh, earnest Berkeley appeal. Or, say, “squid,” “porno queen,” “bunnies,” “discharge,” and “Gumby” splat-interval’d forth in amidst a variety of dingbats and punctuation marks mark off the tiny territory of self-identify’d “hilarity” with complete cynical ambition. I recall, too, a short undignify’d period wherein epigones of the Language boys’d actually use the word “torque” again and again in the works—not unlike the three-named up and comers of the nineteenth century’s predilection for, oh, “belaurell’d,” or “bower.” Syntax succumbing to diction.

It is through prose that the world is driven to creating assets; through poetry, it changes and reconnects with the living. I tire quickly when writing in another language. I still don’t know where to properly place the silences. I cheat constantly. Something escapes me. Tires me out. Makes me flee. This morning I went to the post office. I rarely run into anyone at this hour, but I noticed a man talking with a woman. He was holding her left hand strangely in his right, a bit like someone wounded who, in order to shield himself from an unfortunate blow, shrivels up into himself, overwhelmed by an invisible burden. The woman seemed rather joyful and, as I watched her talking with the man, I thought for a moment that she could not see him. That he was a shadow, a tautological presence. My eyes met the woman’s The wind was blowing hard. My eyes watered like in winter.

In my language, the words piano and writing are homonyms, and their definitions, nobody knows why, intersect, with a single exception for the zones of silence inherent to one and the other. In the foreign language, writing means to get closer, while in mine to have the desire to predominates. In the evening, sometimes, believing herself alone, the secretary sits at the piano. She plays, stops for five, ten minutes. On the alert, I wait for the melodic shapes of things to come in the château. Her repertoire seems to consist exclusively of Chopin. Once, I came upon her unexpectedly and asked if she liked jazz. Complete transformed, she responded by playing ‘Moon Mist.’ Later on in the kitchen, we discussed John Cage at length while drinking red wine and eating olives. We enjoyed ourselves and planned to do it again. I spent the rest of the evening immersed in the dictionary. Around midnight, she knocked at my door.

Story of words. All these words in the hopes of making them one’s destiny. Have no fear of licking their salt, their origins, the little delights of instinct that catch fire with them. Will we someday have memory enough to recall those centuries when we had nothing but our senses and tormented thoughts with which to face life and turn it into an ally? Will we still know how to recount in what way metaphors allowed us to touch the sky and all the shadows of our fears? That time when we were as fascinated by hows and whys as by verbs that made us gallop through the cosmos and roll around between proper nouns. Will it be our duty to remember the difficult sentences that nonetheless spurted out of us like bubbles and fireworks? Beautiful torment, beautiful instrument. Who am I becoming in the other tongue? Who translates what in the alternating pattern of words’ shadow and desire’s infinite renewal?

All out of a mosaickal section titled “Sketchbook.” It is epigraph’d by Joë Bosquet: “I don’t believe in events enough to write stories.” Nevertheless (Galileo’s E pur si muove!), it moves, it stories. 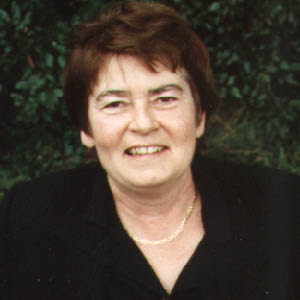