CCLX
Frank lethal propinquity like
an accipiter’s feeder-surveillance,
or a gyrfalcon’s gaining
the heights to peruse
an alpine meadow cover’d
with the tiniest flowers,
grassy vole-travel’d tunnels,
the sky clamp’d down
like a pot lid,
faience-white and immovable,
clouds rank’d by size
there in the western
corridor, liable to intercede
at any sign of
what stylists and meteorologists
alike like to term
“trouble,” a low word.
Too close to language,
one’s apt to get
suck’d into an inflammatory
and throttling quinsy, throat
constrict’d, sputum levels high,
the choke-valves of
speech punch’d in short,
a mute combustible gaseousness
inclined and fit to
rack the joints: flay’d
by to naught, yon
loss of a fulcrum
by the Almighty unmuffled,
big mouth stretch, examples
succinct, legion, and allow’d.

Coolish, sub-fifties breezes riffling the sheets. I pursue’d Hopkins through Donald Davie’s Purity of Diction in English Verse, that letter to Robert Bridges (whom, in my leaky brainpan, I occasionally mistake for Robert “There are strange things done in the midnight sun / By the men who moil for gold” Service). Hopkins says:

No doubt my poetry errs on the side of oddness. I hope in time to have a more balanced and Miltonic style. But as air, melody, is what strikes me most of all in music and design in painting, so design, pattern or what I am in the habit of calling ‘inscape’ is what I above all aim at in poetry. Now it is the virtue of design, pattern, or inscape to be distinctive and it is the vice of distinctiveness to become queer. This vice I cannot have escaped.

Davie, Pound-struck, points out how Hopkins’s Milton-model—“he was indebted to Milton for the first hints of his novel prosody”—is something that “flies in the face not only of modern poets, Ezra Pound and T. S. Eliot, but also of Keats and Cowper.” What’s lovely, though, is Hopkins’s insistence on “the vice of distinctiveness” and how it is that “vice” precisely which offers “the virtue of design.” Where Hopkins praises Dryden in frank nigh-erotic terms (“he is the most masculine of our poets; his style and his rhythms lay the strongest stress of all our literature on the naked thew and sinew of the English language”), Davie, turning the assessment to Hopkins himself, sees fit to disagree:

‘The naked thew and sinew’ is not enough for Hopkins. It has to be crammed, stimulated and knotted together. He has no respect for the language, but gives it Sandow-exercises until it is a muscle-bound monstrosity. It is the Keatsian luxury carried one stage further, luxuriating in the kinetic and muscular as well as the sensuous. Word is piled on word, and stress on stress, to crush the odours and dispense a more exquisite tang, more exquisite than the
life. To have no respect for language is to have none for life; both life and language have to be heightened and intensified, before Hopkins can approve them. He has been praised more warmly still; and it is contended that his use of language is Shakespearean. Certainly Shakespeare shows similar audacity. But the cases are not parallel. For Shakespeare there was not, in this sense, a language to respect. It was still in the melting-pot, fluid, experimental and expanding rapidly. Even in their speaking, Shakespeare’s contemporaries were at liberty to coin, convert, transpose and cram together. Hopkins, like Doughty, treats nineteenth-century English as if it were still unstable and immature.

Nonsense. Isn’t language forever “unstable and immature”? To make Shakespeare a thing apart is a brand of speciosity, pleading dubiously a singularity. What Davie fears I do not know, a kind of lingual-profligacy that’ll make life sweat forth “a more exquisite tang”? (One might examine the sensual muscular romp here of Davie’s own prose, including the odd reference to Eugen Sandow, the Victorian era “Father of Bodybuilding.”) It is part of the prevalent ongoing argument for a kind of placated verbal style plain, nigh-invisible, and against “showiness,” disdaining “excess,” a pre-determined circumscript. 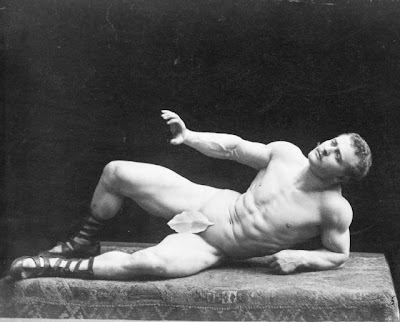 Out of Tony Towle’s Winter Journey (Hanging Loose, 2008), one of a sequence call’d “Nine Immaterial Nocturnes”:

I would like to live long enough
to see the State Quarters Program
clink to a successful conclusion,
twelve dollars and fifty cents of wealth and history
fulfilled in elegant cardboard circles;
but now the premise takes off in a different direction,
for as Kentucky was about to fork over its two bits
for a second admission to the Union,
the imps of haphazard historicity
subjected the skyline to the whims of religious psychopaths;
and before that I had never purchased an American flag—
since I always knew where I was and, when abroad
(at least in England), he natives always knew where I was from—
but in October I bought two: from immigrants
making a tenuous living, appropriately,
from Africa and Asia, respectively
and on Wall Street, no less.

Which, particularly against the excruciating brouhaha of another anniversarial roll-out of post-9/11 gimcrackry and lies, seem’d perfectly modest and right. Towle’s tone is mostly disarming, quiet and wry, willing to jaunt along whereof a rather madcap logic carries. Here’s another piece out of the “Nocturnes”:

Vous êtes un de ces types Protestants qui
se trouve seulement à Genève
(You are one of those Protestant types
one finds only in Geneva)
I overheard an older man saying lasciviously to a young one
at the Cedar Bar a very long time ago
in clear, textbook French and I was startled,
apprehensive for a second that it had been directed at me,
though I have never been to Geneva—
and I don’t think that’s what Calvin had in mind
when he went to Geneva; he went to create an ethos,
through which as a distant subtextual consequence
I find myself engaged in marginally necessary yardwork
somewhere between Olivebridge and Krumville
to justify midnight sensuality later on,
in the waters of the enchanted spring
with Dian, the woodland nymph
who conveyed me here from the metropolis
by means of a spirited white Toyota.
But work for reward is not what Calvin meant either,
really, yet it is out of his control, isn’t it,
for that’s what happens to an ethos: it dapples the landscape
like invisible confetti from a distant century,
falling unobserved as one rakes the leaves,
gathers the kindling.

I like the exquisite nearly finicky precision Towles puts to the phrases (one that recognizes, and both revels in and mocks a little its own particular scrupulosity: “marginally necessary yardwork / somewhere between Olivebridge and Krumville”). Too, in Winter Journey, a collection of one-liners in the manner of, say, Kenneth Koch’s “Collected Poems” (or Frank O’Hara’s answering “Collected Proses”), Towles’s “Dependable Epigraphs”:

Never parade your ignorance; a discreet amble down a side street will suffice.
—Benjamin Disraeli

Don’t swat flies close to the ear of God.
—St. Francis of Assisi

Metaphors are the unstable companions of an already impractical fellow.
—Henry Ford 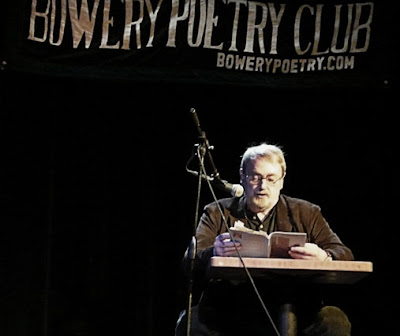