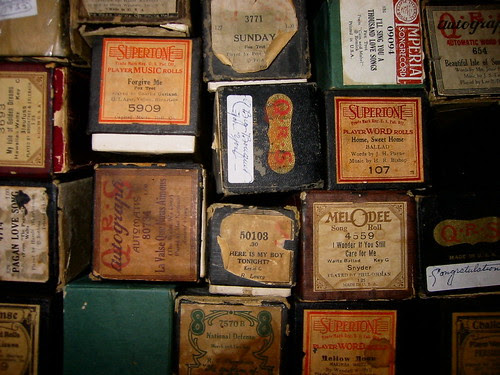 CCXLIII
Flawless late summer yellows, the indifference of the wheat in the field
bending to the lanky insect-
Like combine, mechanical and joint’d, red. Clarice Lispector is writing
“A language that resembles an orgasm”—“adapiu quereba
sulutria kalusia,” she notes,
And “tilibica samvico esfolerico mazuba! I am the water of
a lovely cistern.” Unstinting
The reveries of a purely sonic intelligibility, rudimentary dog-talk, lanky
insect-talk, sense
Bent to the fripperies of the mouth’s invidious opulence, its
seminal jawing. Flawless
Yellow light steamroll’d into wet asphalt, “Batuba jantiram lecoli?”
She call’d the dog Ulisses, “Vicissitude.”

Suck of a menthol to the late afternoon breeze, spotlighting, Kool.
Plebian night pitching its tarp
Earlier each day. The heart’s scintilla of feeling up under that implacable
Vanity-shirt, duplicitous and camouflaged, a wad of pink chewing
gum stuck in the plumes
Of a shako. Recurrent bouts of composure ruining the wildness
of the manuscript, its gaseous
Persistence, its refusal to fucking take charge. “Mind
if I smoke?” No, go right ahead.”
That kind of immense tenderness unlordly under great red oaks that’ve
stood by uncomplaining through
Every kind of inconsiderate and ostentatious moron’s bolt of
regal whining, bit manoeuvres vulgar.

Ugh. Weekend too chock’d up with the details of ordinary life. Hardly a mote-sized page read under the sun-shafts, and that listlessly, the other motes in a stir. I did unearth a tiny cache of Tabucchi near Chicago. I did walk solitary and pure in six a.m. pre-dawn light with the dog and vainly bend one ear at the ongoing late summer insect revels. Do you suppose Allen Ginsberg knew the Ford Madox Ford line about gossip out of The March of Literature (below) when he laud’d Frank O’Hara’s “common ear / for our deep gossip”? I don’t.

Hugh Kenner, out of Gnomon: Essays on Contemporary Literature (1958), the chapter call’d “Remember That I Have Remembered”:

As Mr. Pound has been telling us for forty years, Stendhal’s repudiation of “poetry with its fustian à la Louis XIV” was a crucial event in the history of letters. “At that moment the serious art of writing went over to prose, and for some time the important developments of language as means of expression were the developments of prose. And a man cannot clearly understand or justly judge the value of verse, modern verse, any verse, unless he have grasped this.” Again, “No man can now write really good verse unless he knows Stendhal and Flaubert.”

Which makes one consider the fustian of one’s own “era”—or a kind of fipple-dribble anti-fustian, that dominant mode of hint and feint vagary and vagueness, chop’d fragments wholly without menace or sense beyond a kind of adequate greyness—I’m thinking (with nothing in front of me) of my sense of recent work by, say, Donald Revell, Cole Swensen, Brenda Hillman, Bin Ramke, maybe Michael Palmer—narrative snub’d; full, boisterous sentence-ry canned; it’s the equivalent of good old epiphanic “invisible” plain-style of the ’seventies except cloudier, the connectives gummed out, holds less purchaseable. And the offspring: “elliptical” or “new thang’d”—both derivative of the broken-field running of the Language boys, with no sense of pizzazz, no (gulp) “joy” or astonishment in the possibility of lingual cruising. Is it now one must needs turn “back” to prose to revivify the poetry? (I am thinking of an addition to a model that see speech and writing in routine vacillating competition—one history says the writerly binge of the New Critical yo-yo’s got disrupt’d by the speech of the Beat / New American gang, writing (its artifice, it’s mockery of the “natural”; “I HATE SPEECH”) subsequently recover’d by the L-boys. We is in a slough now of terminal broken-down speechlessness, post L-boy mystificatory style-mongering (“an overriding concept of”), and must needs pluck down some (prosaic) rhetorical might off the sky-dog and yell a bit. Kenner points to Ford Madox Ford:

. . . from the time of his collaboration with Conrad at about the turn of the century until the emergence of the Pound-Eliot-Lewis “Vortex” in 1914 he was virtually alone in his tireless insistence on (1) the adequation of language to the thing perceived or the sensation undergone rather than to an overriding concept of “style”; (2) the importance of making every episode, sentence and phrase function—carry forward the total effect (“progression d’effet”); and (3) the principle of juxtaposition without copula of chapter with chapter, incident with incident, character with character, word with word, as the mainspring of poetic effect.

The quality of Bouvard and Pécuchet’s rapture at their inheritance is both rendered and placed in twelve words by just one collocation of enthusiasms:“Nous ferons tout ce qui nous plaira! nous laisserons pousser notre barbe!” [“We’ll do whatever pleases us! we’ll let our beards grow!”] In the technique of that sentence lies all modern letters in embryo: the exact words, the thematically relevant detail, the hokku-like juxtaposition of imperial felicity and an unchecked beard. It has nothing to do with the unconscious or private associations . . . And it was Ford who discerned and propagated that technique.

In The March of Literature (1939) Ford traces the principle of juxtaposition to, for contemporary purposes, Stendhal or perhaps Jane Austen. “The point,” he adds, “cannot be sufficiently laboured, since the whole fabric of modern art depends on it.” A page or two later he adds, “Nothing in the way of incident or character sticks far out of the story, but the effect of ordinariness set against ordinariness in a slightly different plane gives precisely the effect of not ill-natured gossip, which to the average intelligent mind is the most engrossing thing in the world, and of slight surprise which is the prime quality of art.” . . . The term “gossip” should be noted. Ford’s unobtrusive good manners made it necessary for him to efface these principles by washes of casual verisimilitude. He got no further than a sophisticated impressionism, but as the English novel stood (and largely stands) it was a major innovation to get so far.

Maybe that’s what I find so limiting in Revell, Swensen, & Cie.—the “unobtrusive good manners” of it all, the “sophisticated impressionism.” No sense of actual paint on the canvas, no sense of any obsessive need to fling that paint. 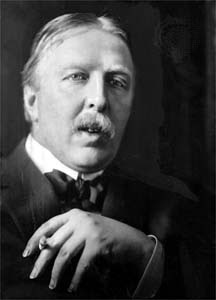