The Color of Gum

CLXXXII
The lightning bugs work
the mullion’d field, cutting
against the grid, primitive
and greenly luminous. Fat
air so humid it
claps its formlessness around
each heav’d out sigh
of cosmic fortitude. There.
How odd that Ezra
Pound in the ‘devilish
hot’ summer of 1912,
after hiking through ‘thoroughly
damnable’ flies towards Puivert,
and noting Montségur with
‘its stilt of a
mountain with a little
snow behind it,’ complain’d
he lack’d the common
sense to wait for
‘the diligence.’ How nineteenth-
century that diligence is!
Off the ‘top of
a Diligence, Turner sketched,
on the back of
a letter, Heidelberg’—sentences
mimicking the rhythm of
the conveyance. The soughing
of a breeze works
the solemn mulberry leaves
unseen, the smallest parcel
of the unencompassable world.

I remember walking at night in Chelsea with Bill during the depression, and his pointing out to me on the pavement the dispersed compositions—spots and cracks and bits of wrappers and reflections of neon-light—neon-signs were few then—and I remember the scale in the compositions was too big for me to see it. Luckily I could imagine it. At the time Rudy Burckhardt was taking photographs of New York that keep open the moment its transient buildings spread their unknown and unequalled harmonies of scale. I could watch the scale like a magnanimous motion on these undistorted photographs; but in everyday looking about, it kept spreading beyond the field of sight. At the time we all talked a great deal about scale in New York, and about the difference of instinctive scale in signs, painted color, clothes, gestures, everyday expressions between Europe and America. We were happy to be in a city the beauty of which was unknown, uncozy and not small scale.

“Bill” being Willem de Kooning, of course. Quoted by Phillip Lopate in Rudy Burckhardt (Harry N. Abrams, 2004), a fine big book of photographs, with, too, an essay by Vincent Katz. I immediately think of Tom Clark’s lines “The color of stepped on gum / is the color of our times.” “Dispersed compositions”—meaning, in one sense, the constant compositions of everyday life—mark of chronic, honed, and obstinate attending. (Differing in several orders of magnitude—including moral magnitude—from the reckless flurries of mechanical constructivism so popular “today.” How modest—and assumed, and rare—Denby’s “in everyday looking about”!) I am struck by what Denby notes along several lines. The poem I am writing semi-publicly call’d “A Year” begins (for one thing) with “If meaning changes with scale, a collapsible / Stage” (it read “Theater” before I revised it, noticing that I’d directly channel’d Rodrigo Toscano), and one of my “exploratory concerns” (oh my) is what it means to work at a scale wherein one is unable to see the extent of one’s materials at any single moment (even at completion). “Too big for me to see it.” Replacing the frame of space (the single page, the camera’s viewfinder) with the frame of time (the year, the shutter speed, the sequence, the movie). In my daub-photographs, I am challenged by landscape (or cityscape): I tend to make pictures of small arrangements, close-ups, single objects. Rudy Burckhardt, coming to New York in 1935:

I was quite overwhelmed with its grandeur and ceaseless energy . . . The tremendous difference in scale between the soaring buildings and people in the street [I love how that little fragment of Denby’s title “Dancers, Buildings, and People in the Street” just lies there awaiting its day. Or is Burckhardt nodding to Denby?] astonished me and it took a couple of years before I was ready to photograph . . . I started with details. Setting up a 9 x 12 cm view camera on a tripod I made plain, direct photos of walls, building entrances, stand pipes, candy stores, barbershops, Coca Cola or telephone signs.

Now the whole world (some say) is New York: “grandeur and ceaseless energy,” “beyond the field of sight.” Against the argument that one “captures” it by proportionate immodesty, ga-ga vrooming in the dizzying gyrosphere, I’d pose Burckhardt’s “plain, direct” details, the color of gum. 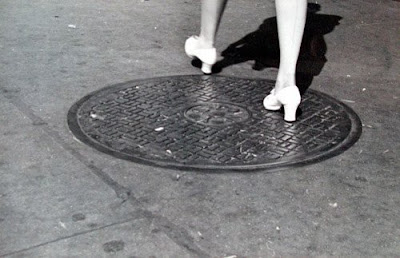 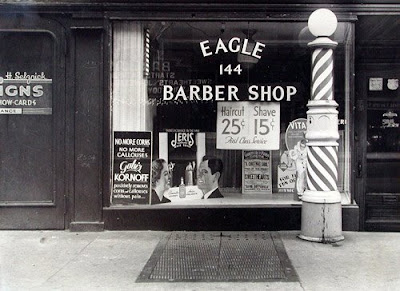 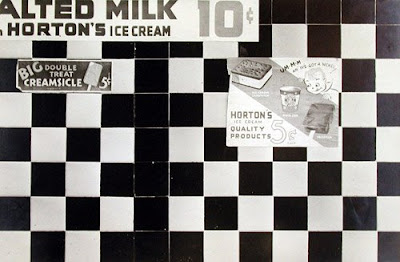