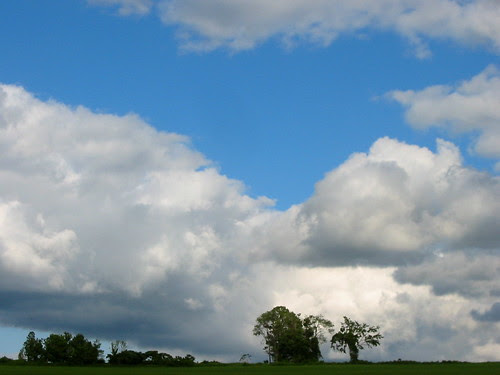 CXCVIII
The beery combo’s down
to scraps of standards
interrupt’d by lengthy kluge-
rife improv-mayhem, replete
with guffaws. Routine chutzpah
of the smash’d. I,
who am writing a
letter to Lou, welcome
the green expanding sun
of the dying Old
World, saying a no
made compliant by alcohol,
a churl-emphatic no
to a regimen of
pinch’d-off dry sentiment
and errand-running. I
wonder how to say
church key in French.
Or, the band’s exchanged
porkpies for raincoats, shiny
yellow slickers and galoshes,
and is ripping through
a cover of “Yé-
yé, nous aimons le
caoutchouc,” the Senegalese drummer
looking like a million
dollars, the biggest boat
in the cove. Apollinaire,
an enormous sausage of
a guy, gappy-tooth’d,
loop’d in a filthy
turban-like thing, is
explaining the meaning of
Boches, with the usual
feints and brusqueries of
a pugilist. O my
indefatigable American youth, I
am fond of muttering.

I love to make the kingfishers fly
from their bony perches
Above the lake, six or seven, one after the next,
Circling the water and chattering back,
as I walk along.

Can the fish hear them?
Is their cry like organ chording,
leading to one vast ultimate stop?
Who was it who first said, “The kingfisher falls through fire”?

As kingfishers catch fire, dragonflies dráw fláme;
As tumbled over rim in roundy wells
Stones ring; like each tucked string tells, each hung bell’s
Bow swung finds tongue to fling out broad its name;
Each mortal thing does one thing and the same:
Deals out that being indoors each one dwells;
Selves—goes itself; myself it speaks and spells,
Crying Whát I do is me: for that I came.

Í say móre: the just man justices;
Kéeps gráce: thát keeps all his goings graces;
Acts in God’s eye what in God’s eye he is—
Chríst—for Christ plays in ten thousand places,
Lovely in limbs, and lovely in eyes not his
To the Father through the features of men’s faces.

Which, that doing of “one thing and the same,” tosses one up against the heap that is Charles Olson. “The Kingfishers” with its summary beginning: “What does not change / is the will to change” and its west-flying kingfisher juxtaposed / interspliced against Mao’s sun-upcoming in the east insistence:

(I see I am wading out too deep for a morning’s few choppy laps—old American-adapt’d trudgen stroke, likely to drown in the waters of Diversion Ditch Lake . . .) I note that Hopkins is lacking in the index to Ralph Maud’s What Does Not Change: The Significance of Charles Olson’s “The Kingfishers” and a ham-finger’d sprint through Guy Davenport’s “Scholia and Conjectures for ‘The Kingfishers’” (in The Geography of the Imagination) dislodges no Hopkins either. Why it “should”—I don’t know. Why not add lines out of Amy Clampitt’s “The Kingfisher, just to work oneself up into a terror of cross-niggling referentials?

. . . how many liaisons gone down
screaming in a stroll beside the ruined nunnery;
a kingfisher’s burnished plunge, the color
of felicity afire, came glancing like an arrow
through landscapes of untended memory: ardor
illuminating with its terrifying currency
now no mere glimpse, no porthole vista
but, down on down, the uninhabitable sorrow.

As blackjack croupiers like to say, “Hopkins add’d to the Jack, no help.” (I do love the string of “nunnery,” “memory,” “currency.”) (I ought to add: the kingfisher of Eastern North America, the Belted Kingfisher (Ceryle alcyon) isn’t fiery in the least: a slate-blue back’d, white collar’d, mostly white breast’d, with two flank-smudges of dull-penny copper, or rust, barely meeting in the center of its breast. And a raspy voice.) There is, too, serendipity weighing in (It’s all Puthwuth’s fault, that Orpheus—he mention’d the Adamson) by depositing a copy of Robert Adamson’s The Kingfisher’s Soul (Bloodaxe, 2009) within my reach.) Here, the title poem (it also appears in Flood Editions’s 2006 The Goldfinches of Baghdad), dedicated to Juno Gemes:

A wave hits the shoreline of broken boulders,
explodes, fans into fine spray, a fluid wing
then drops back onto the tide: A spume
of arterial blood. Our eyes can be gulled by what
the brain takes in—or spirits take flight
each time we catch sight out—feathers of smoke
dissolve in air as we glide towards clarity.

In the old days I used to think art
that was purely imagined could fly higher
than anything real. Now I feel a small fluttering
bird in my own pulse, a connection to sky.
Back then a part of me was only half alive:
your breath blew a thicket of smoke from my eyes
and brought that half to life. There’s no

evidence, nothing tangible, and no philosopher
of blood considering possibilities,
weighing up feathers, or souls. One day
some evidence could spring from shadows
as my body did in rejecting the delicious poisons,
the lure of dark song. You came with a wind
in your gaze, flinging away trouble’s screw,

laughing at the King of Hell’s weird command;
you created birthdays and the cheekbones
of family—I was up, gliding through life
and my fabrications, thought’s soft cradle.
I scoured memory’s tricks from my own memory,
its shots and score cards, those ambiguous lyrics—
Clear bird song was not human-song, hearing became

nets and shadowy vibrations, the purring
air, full of whispers and lies. I felt blank pages,
indentations created by images, getting by
with the shapes I made from crafted habits.
You taught me how to weigh the harvest of light.
There was bright innocence in your spelling,
I learned to read again through wounded eyes.

Wispy spiders of withdrawal sparked with static
electricity across skin, tiny veins, a tracery of
coppery wires, conducting pain to nerve
patterns: all lightweights, to your blood’s iron.
You brought along new light to live in
as well as read with—before you came, whenever
I caught a glimpse of my own blood, it seemed

a waterfall of bright cells as it bled away.
Clouds of euphony, created by its loss, became
holes in thinking, pretend escape hatches. You’re now
a rush, wings through the channels of my coronary
arteries. We slept together when you conjured
a bed in your Paddington tree-house: barbless hours,
peace appeared and said: Soon, the future awaits you.

I stepped into the day, by following your gaze.

Which’s got its Hopkins moments (“Our eyes can be gulled by what / the brain takes in—or spirits take flight / each time we catch sight out”) and no kingfisher. As Wright says—similarly juggling opposites, think, too, of Hopkins’s “swift, slow; sweet, sour; adazzle dim”—in “Time Is a Graceless Enemy, but Purls as It Comes and Goes”: “I’m winding down. The daylight is winding down. / Only the night is wound up tight, / And ticking with unpaused breath. / Sweet night, sweet steady, reliable, uncomplicated night.” 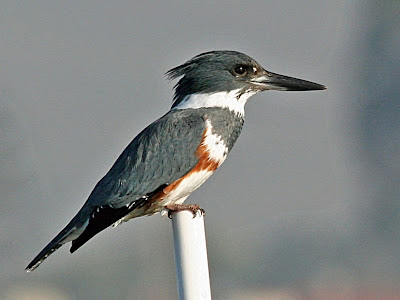 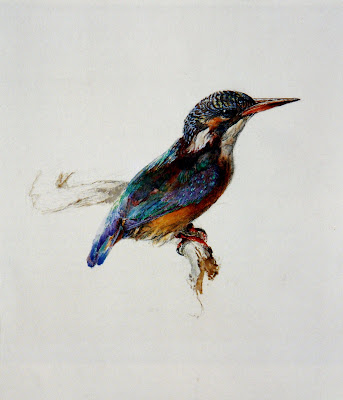