Jean Paulhan’s The Flowers of Tarbes or, Terror in Literature 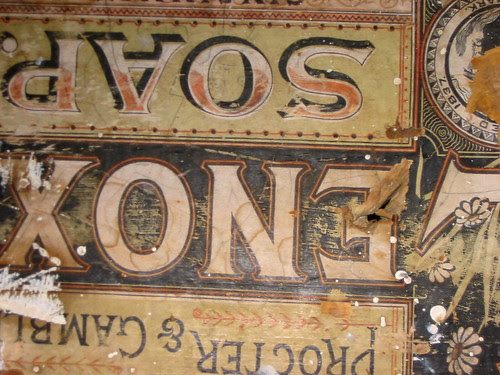 CXCIV
The scrub ferocity
of the minor,
Gwendolyn’s anxious “adhesion”
to the devices
of the nineteenth-
century, a low-
relief cameo of
Annie Oakley cocking
a six-shooter,
a turtle-sized
brooch. Ah, American
obscurantism! jubilantly we
meander with disarming
candor, skirting dogma,
imperturb’d. It is
what is “within
the thing” that
one bathes in
the dew-hammer’d
momentary clarity of
memory, affixing it
to the specimen
board so that
its flux—musky
and compact Sophia
strumming a cithern
under evangelical light—
ceases to eat
at one. It
“cakes the brain,”
it being all
tumult and advisory,
the autochthonous flub,
the sentimental witchery.
Truth is nowhere
and provisional, argot
empirick in Dies
Irae lottery duds,
breach’d and ready
for the scrimmage.

Uncanny how the stacks of books pile up, and I am swept around the point by tides and fail to beach at my intentions. Why is it that a note in Camus’s American Journals seems suddenly pertinent: “Naturally a man should fight. ‘But if he loves only that, what’s the use of fighting.’” (Accompany’d by vague sense—in tangled weekend revery—of fighting, gang-swift, echoing boots against cobblestones.) (How related to the noisy and wild hammer-swinging required to re-hang the gutter?) (And why the sudden inkling—just now—astride the bicycle, shooting through the empty intersection, that one ought to dump the daily half-ass’d squibs, and write only when compelled?) (“The compulsion is, precisely, the graphomania of the “daily half-ass’d squibs.”)

Trying to re-construct the reading of late (the littlest reading, sleep-interrupt’d, precanned, un-expanding). I keep pulling (as at a tap) at Robert Baldick’s Pages from the Goncourt Journal: how I love (for my sense of its terrible accuracy, for how it ought be apply’d to some of “our” notables, (“our” notaries, “our” notorious) criticules who make marvelous exceptions for any chair et os cohort, whilst remaining utterly blindfold’d by pre-disposed scurrility to some lumpen imaginary other, label’d for easy dismissal): “Sainte-Beuve is the Sainte-Beuve he has always been, a man forever influenced in his criticism by tiny trivialities, minor considerations, personal matters, and the pressure of opinion around him: a critic who has never delivered an independent, personal judgement on a single book.” Recall: it is Proust who writes Contre Sainte-Beuve, a man whose name sounds like the noise a cow makes. (Addendum: Paulhan, too, notes that “Sainte-Beuve attempted to classify writers’ minds; their works seemed inconsequential to him.”)

And, dabbling too, I approach Jean Paulhan’s 1941 The Flowers of Tarbes or, Terror in Literature (University of Illinois Press, 2006), translated by Michael Syrotinski. Isn’t it enough that he begins with an apparently made-up epigraph?

As I was about the repeat the words that this kind native woman taught, me, she shouted out: “Stop! Each one can only be used once . . .”
—Botzarro’s Travel Journal, XV

(The Père Botzarro, along with “Alerte”—“for whom poetry seems so serious that he has taken the decision to stop writing it”—and “Innocent Fèvre” and “Juvignet” and some others, likely due to Paulhan’s “propensity for playful invention.”) The book is full of lines like “Aragon calls literature a machine that turns people into morons, and calls men of letters crabs.” Or: “Gourmont adds that a personal work quickly becomes obscure if it is a failure, banal if it is a success, and discouraging in any event.” (So gutting the flopping fish one’s land’d. “The banality of success surrounds us”—what Creeley might’ve admitted, had he the wherewithal.) Or: “Just as there is no revelation that literature is not expected to provide, so there is no contempt it does not also seem to deserve. And every young writer is astonished that anyone can stand to be a writer. Almost the only way we can manage to talk about novels, style, literature, or art is by using ruses, or new words, which do not yet seem offensive. . . . If it is true that criticism is the counterpart to the literary arts, and in a sense their conscience, we have to admit that literature these days does not have a clear conscience.”

What Paulhan is concern’d with is the continual rut of language’s codification (he calls it Rhetoric). Opposed to that is “Terror,” a demand for continual novelty. Syrotinski:

Terror . . . stands for a decisive turning point in French history, and more specifically in French literary history. This is described by Paulhan as a shift from the rule-bound imperatives of rhetoric and genre to the gradual abandonment of these rules in Romanticism and its successors, with the consequent search for greater originality of expression. This opposing imperative is what Paulhan terms Terror. Terrorist writers are those who demand continual invention and renewal, and denounce rhetoric’s codification of language, it tendency to stultify the spirit and impoverish human experience.

(Suddenly the figure of “Alerte” seems less a stand-in for Rimbaud, more akin to Laura (Riding) Jackson, particularly the (Riding) Jackson of Rational Meaning: A New Foundation for the Definition of Words. “If one used words as possessed of their meanings so thoroughly that they had no existence except as meaning what they meant, one would have to—in the use of them—mean what they meant, have in mind to express what they expressed. Otherwise, one would be, while seemingly at one with the sense of one’s words, perpetrating a pretence with them, or, at best, putting oneself through an exercise in self-frustration.” So saith Schuyler B. Jackson in the (1967) “Epigraph” to that book.) What the refreshingly suspicious Paulhan notes (“I’m simply suspicious of a revolt, or a dispossession, which comes along so opportunely to get us out of trouble”) is precisely how illusory the seeming difference between Terror and Rhetoric is, how both the drive toward endless originality and the longings for a stable language end up, as Syrotinski notes, “enslaved to language,” Terror “trying to bypass it” and Rhetoric stuck with the canned expressiveness of cliché. Paulhan:

For Terror is above all dependent upon language in a general sense, in that it condemns a writer to say only what a certain state of language leaves him free to express: He is restricted to those areas of feeling and thought where language has not yet been overused. That is not all: No writer is more preoccupied with words than the one who at every point sets out to get rid of them, to get away from them, or to reinvent them.

Terror-writing is blind to its own rhetorical status, blind to its limits as (one is tempt’d by one’s inner graduate student to say) always already codify’d language. (See FlarfCo®’s extremely limit’d “palette.” Examine briefly—it won’t require lengthy study—exactly what it condemns a writer to “express.”)

(Again the need, reading Paulhan, to quote that thing out of Barthes’s Roland Barthes: “a Doxa (a popular opinion) is posited, intolerable; to free myself of it, I postulate a paradox; then this paradox turns bad, becomes a new concretion, itself becomes a new Doxa, and I must seek further for a new paradox . . .”) The only thing to do: keep the Janus-faced god that is literature turning (at high enough speed, the two faces merge into one). (That’s a kind of barmy mystical soft-shoe off the quibbling-stage, and resolves exactly nothing.) 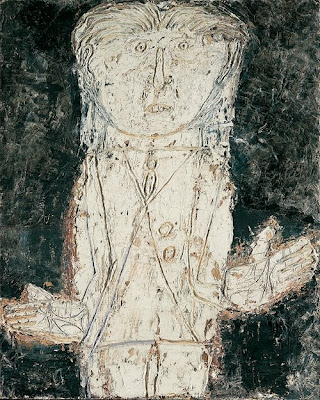