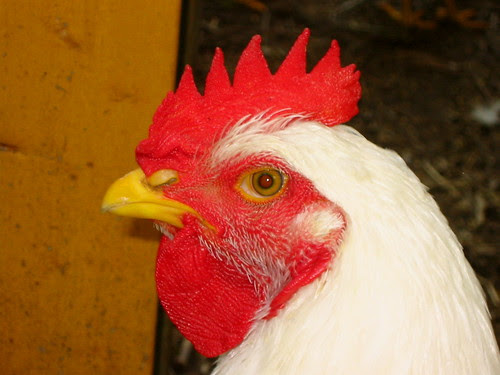 CCI
‘Equal, attuneable, vaulty, voluminous’—that’s
Hopkins, nigh-pinion’d by sound.
That need to reject everything,
to unclutter oneself and sway
sapling-naked under the limpid
taunt of blue sky, staked
out for a cleansing seizure
of light unending, and post-
dedicatory boundlessness, ventus dissipat omnem
meum laborem, I love that.
To study not the mock
hieroglyphics of guck’d-up worldly
sapience and its naught-attunements,
to inhabit not the mesmer-
chains of duty, rote-parlance
lots, mouth at the common
spigot, ally to the meagre
and mad. All my impatient
works toss’d off, comfort-repuls’d,
and I, big with yearning,
tow’d empty-head’d, gash vermilion’d
forth by sharp-talon’d angels
into a subtler smeary constituency.

“Mr. Latta’s Sunday Morning Service,” one supposes. “Polyphiloprogenitive,” er, no. Mostly scuttling like a marmot between books, restless, napping in broad daylight. Reading some of the stories in Aleksandar Hemon’s new Love and Obstacles, copping delights like “. . . her legs crossed, the hem of her skirt curved over the northern hemishpere of her knee.” (How jumps of “scale” determine metaphorical success?) Or the onslaught of tiny stories:

He had run a cigarette-selling business in high school, and had regularly had sex with his geography teacher. He had hitchhiked across America: in Oklahoma, he drank with Indians who fed him mushrooms that took him to where their spirits lived—the spirits had big asses with two holes, which smelled equally of shit; in Idaho, he lived in a cave with a guy who watched the sky all day long, waiting for a fleet of black helicopters to descend upon them; he smuggled cattle from Mexico into Texas, cars from Texas to Mexico. Then he was in the Army; avoiding rough deployment by applying onion to his dick so as to fake an infection, whoring around in Germany, cutting up a Montenegrin pimp in a disco.

Or (the novelist’s “petulant esteem’d condescension”—if such a thing exists, I hardly know what I say, like, ninety percent of the my life—towards poetry—or maybe it’s simply “smarm”):

I can confess, now that I’ve long since stopped writing poetry, that I never really understood what I wrote. I didn’t know what my poems were about, but I believed in them. I liked their titles (“Peter Pan and the Lesbians,” “Love and Obstacles,” et cetera), and I felt that they attained a realm of human innocence and experience that was unknowable, even by me. I delayed showing them to anyone else; I was waiting for readers to evolve, I suppose, to the point where they could grasp the vast spaces of my ego.

All guffaw’d out, I’d turn to Detlev Claussen’s Theodor W. Adorno: One Last Genius, for manageable snips of Adorno array’d in a context that seems to oscillate wildly, throwing its smallish repetitions up into varying kinds of relief (in that sense, it resembles Adorno’s Aesthetic Theory, though perhaps it’s simply that any “approach” on my part to Adorno makes me feign a childlike feverishness . . .) Isn’t it here, in Adorno’s insistence an unbound’d, polylingual language, that Hemon’s gentle “smarm” regarding knowing “what my poems were about” is put to the romp? Adorno makes a defense of (particularly) foreign words—“to release their explosive fore: not to deny what is foreign in them but to use it” (which recalls a burgeoning tenet of translation theory, a “keeping strange” that I connect with Pierre Joris’s reworkings of Celan) in “On the Use of Foreign Words” and in “Words from Abroad” seems to want to push to the inconsistence and lingual “noise” the “childlike,” demanding “something of the utopia of language, a language without earth, without subjection to the spell of historical existence, a utopia that lives on unawares in the childlike use of language.” That perennial longing mid-writing for a pure tolerable lapse / plunge into gutturals and grunts, yé-yé hiccup-squeals and yelps, Artaud-like oinking, ivory-tusk’d Screamin’ Jay Hawkins’s elephant-trumpeting, Al Green’s lynch-strangulating, fork-hair’d Nina Hagen. That, and to fall in a heap, wetting oneself and glossalalic. That point of writing moving beyond writing. And a wholly different Sunday morning service. 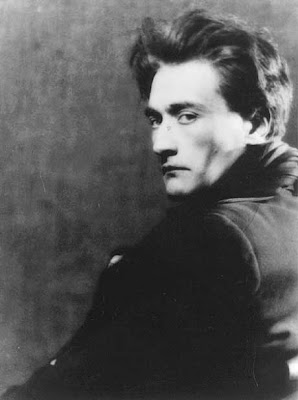