CLXXXIX
Rousseau rubbing himself
up with hairy-
stem’d saxifrage, or
Beckett’s solitary walks—
consider’d, too, a
vice, or ample
evidence of one—
in a ‘churn
of stale words.’
Errant humors took.
A murky consensual
thing array’d against
stasis, a post-
fuck cigarette flick’d
into semi-permanent
orbit. That gap-
tooth’d girl tending
a red barn
full of books,
cinnamon-scent’d bedlam
or ruttish BO.
The world’s indebt’d
to its irretrievable
pieces, its hints
and bumps unmentionable,
its unrecord’d splinters
off monumental gaffes,
grotesqueries of signage
misspell’d, inassimilable, dumb.
Nerf Devanagari alphabetickals.
Spittin’ vocable gists.
The way the
Cohocton merges with
the Mud at
Savona, slips blue
through scree like
a truckler, or
a miscreant—every
crepitant slosh a
gush metaphysical, the
ineluctable essence of
the earth momentarily
sound’d out, resounding
with a fierce
and conciliatory serenity
that lies dislodged
for looks, a
cheat, visibly incomplete.

Proceeding with uncertainty lodged out front, like a snowplow. I must admit to a rather tenuous sense of Blogland of late—I return and scan the high yellow meadows with my binoculars and see what? There’s the gaseous Kevin Killian quoting the gaseous Charles Bernstein, who increasingly appears determined to remake himself into a New York School poet:

Shaw [Lytle Shaw in Frank O’Hara: The Poetics of Coterie] sees O’Hara’s art writing as a powerful and necessary counter to the monological and hyperprofessional rigidity that descends from Clement Greenberg (who dismissed O’Hara’s art writing) to Michael Fried and, I’d add, extends to the October brand, the epitome of, let’s just say, High Orthodoxical art criticism. For if the luminous rigor and prodigious insights of Greenberg and Fried end in the tragedy of misrecognition, the self-serious vanguardism of the High Orthodoxical ends in the farce of academic gate-keeping and market validation. In other words, Greenberg’s and Fried’s insistence on conviction and agonism morphed into a practice of regulation by exclusion.

Which is blackly funny if one considers the “self-serious vanguardism of the High Orthodoxical” “post-avant” misérables like, say, Marjorie Perloff or (junior “member”) Ron Silliman (or Bernstein himself, or Barrett Watten, keeper of the censor’d Grand Piano “response” archive—uh, where is that larghissimo / ritardando Piano anyhow?) with a completely like practice—“morphed” out of “heroic”-period Language writing “agonism”—of “regulation by exclusion.” It’s laughable to see Bernstein’s contort’d attempt to recuperate O’Hara’s “complicit and promiscuous criticism [that is, an essentially “poetic” / “lyric” criticism] that stands in stark contrast to the ideologies of formalist criticism of his time” for the current Doxa academickal of, precisely, Bernstein & Co.

(Killian does manage to point out how Bernstein—in writing about Shaw’s book under the title “Is Art Criticism Fifty Years Behind Poetry?”—is echoing cut-up writer Brion Gysin’s thirty year old statement that “Writing is fifty years behind painting. I propose to apply the painters’ techniques to writing; things as simple as immediate as collage or montage”—Killian: “You don’t even name him”—though, no hard-nosed Woodward he, immediately allows Bernstein an out, the ejaculatory: “I love Kenny, Kenny Goldsmith, but how many times have I gone to a reading by him and heard him say that poetry is fifty years behind art!” We snickered. “Well, he doesn’t do that any more ‘cause I jumped up so many times.”) Self-satisfy’d art yokels yukking it up. (Nearly as rich as Silliman’s referring recently to the “topic sentence”—“Disjunction is dead”—of Goldsmith’s piece of inane and asinine flatulence “for” Poetry. How rich to see Silliman intoning “no one means a word of it” and “I don’t think he’s arguing against disjunction”—almost worrying, one thinks, that the epigone New Sentence, brazenly clumsy knockoff of Pound’s imagist juxtapositions, ’s had its day in the sun.) “We snickered,” indeed. Puff piece giveaway: how Killian “quotes” the gaseous Bernstein’s smarm (“that’s not to say that among the very worthy art writers writing now, people we all know, people in this room, there’s not some brilliant writing . . .”) as retrospect’d trailer to the main event: “At that moment . . . Susan Bee . . . firing up a projector.” “Why, here come’s one now.” Insufferable, homeys.

Happy to see Ben Friedlander’s public writing (“American Poetry in the Age of Whitman and Dickinson”), particularly the recent “Lint” entry (“Minute shreds of information gathering in my head, as in a pocket or belly button . . .)—recalling a rangy notational style of Hotel Point days I apparently abandon’d without noticing (I recall “Scratchpad Dumps”). Pleasing: report of Julia Ward Howe’s arming herself with an “old stump of a pen” because “attacks of versification . . . visited me in the night.” (Though that “old stump” seems excessively literary, that is to say untrustworthy.)

I like Friedlander’s insistence on troubling the lineage, or the way lineage is (repeatedly) portray’d by poetry’s quartermasters, laying out the provisions like so many pairs of boots (the way I see the lines “It’s a fiction to say that the American sonnet developed out of the British, as if poetry were a river with tributaries or a tree with branches. Relationships within tradition are not determinate in that way, though it may be said that tradition ‘has currents’ or ‘grows’” and “It makes as much sense to say that Petrarch enlarged the British tradition whenever he was read as to say the opposite: that the British poets enlarged the Italian tradition whenever they wrote.” Recalling the argument that Virgil made Homer Homer.

While I remain unconvinced (a way of saying “constitutionally incapable of reading rhyme”) of a need to reassess the high and low recesses of nineteenth century American literature, I am took by Friedlander’s finesse and persistence in the matter. And here, in the quoted lines of Tuckerman, I see something I am sorry to miss: that “grasshopper molasses-mouthed,” if only for the reminder of hands cover’d with “tobacco juice,” or of thwart’d attempts to capture the flying Carolina grasshoppers along the sandy logging roads of northern Michigan. (Tuckerman’s detail is nearly as succinct and “right” as Toni Morrison’s “yam-breasted” robins in Sula.)

For Richard Owens’s brilliant essay call’d “Misc. Notes on Flarf, Conceptual Writing &c.”: thanks and bravo. I like, in its midst:

Nihil Novi. WCW remarks somewhere or other than the avant-garde is nothing more than a set of stubborn peasant loyalties. An uninterrogated fidelity to innovation is undoubtedly one of these loyalties.

Team mentality. Those oozing glam-conglomerate groupuscules. How lineage is about nodding politely to the boss that he may notice. Owens: “At bottom there’s nothing at all fundamentally new about the ‘new writing.’ The new boss bears a striking resemblance to the old boss. Perhaps defetishizing innovation and directing attention away from newness and toward shared concerns or sources of pleasure might be the most innovative thing any contemporary writing could hope to achieve.” And, after a terrific romp-exposé of Gary Sullivan’s piece of supposedly comic “avant-garde bravado” against a “delightfully easy target,” Owens nails it: “This is precisely the sort of Malthusian survival-of-the-fittest approach to cultural production and criticism that greases the gears of the market. These approaches are always rewarded. Big fucking surprise.”

Do the work and put it where anybody’s able to read it. I always think of O’Hara’s “you just let all the different bodies fall where they may, and they always do may.” And “that’s not why you fell in love in the first place”—or, if you did, if you think maybe a swell notoriety or a funky hat or a teaching job or a summer in France comes with the writing territory, you probably ought to be run out of town. 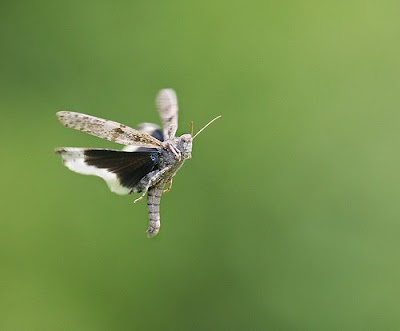