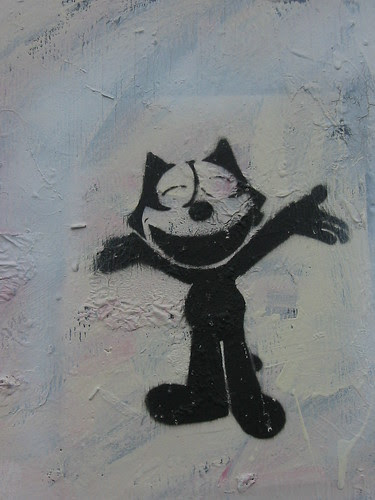 CCIII
Between buttery smear’d dandelion
skin and the smell
of hacienda cooking fat,
I read how Southern
girls dabbed themselves with
self-bottled urine, lavender-
scent’d, for whiter skin.
Supernatural life atrophies without
a durable paucity of
patchy innuendo, seminally wrought.
If everything is self-
evident and unencumber’d, ample
divinity a newsworthy cadaver,
the info-spiel rubbed
up like a brassy
spigot, or an infinitorium
spewing the hot lather
of a mash continuum:
everything is memorandum. Or,
the unreachable itch presides,
mark’d by the impertinence
of any ploy that
begs the universal, plying
its companionship to none.
The girls go salty,
night spills its honey-
comb tripe, its compartmentalized
barrage of fiery lights,
shill rhapsodies, niño, shill.
Niño, every thing dies.
no thing is new.

Trying a new thing: that of noting what crosses the transom, pointing to worthy things (with minimal comment). Result of an impasse: the setting apart of too many books with the intent of lengthier commentary, the resultant rut of morosity and blockage (triggering sass and tomfoolery) at the prospect of ever dutifully (meaning adequately) scaling the surrounding walls of the books piled hereabouts. A regular thing whilst I “catch up,” possibly sliding off to occasional (depending what comes along the turnpike). Intending, nevertheless, to continue, too, the ruggeder sort of reviewing (I love that lingo: one senses the choir readying itself—“O that old rugged cross, so despised by the world, / Has a wondrous attraction for me.” One learns that George Bennard wrote that in Albion, Michigan, and that it or Pokagon, Michigan, Popularized by Billy Sunday campaigner Homer Rodeheaver who bought the rights to the hymn for $500 . . .)

Here’s a little mystery. In Ron Silliman’s “The Chinese Notebook” (in The Age of Huts (compleat)), one reads:

117.     Paris is in France. Also, Paris has five letters. So does France. But so do Ghana, China, Spain. How should I answer “Why is Paris Paris?”

Part of Silliman’s wholly Wittgenstein-inflect’d investigation of the “specific form of behavior” that is poetry—which ranges wildly through various language games, some rather sophomoric (“6.     I wrote this sentence with a ballpoint pen. If I had used another, would it have been a different sentence.”), some rousing curiosity (“203.     The formal considerations of indeterminacy are too few for interest to extend very far, even when posed in other terms—“organic,” etc. But organic form is strict, say, 1:1:2:3:5:8:13:21. . . . What is the justification for strict form (Xenakis’ music, for example) which cannot be perceived? Is there an aesthetic defense for the hidden?”) For all the considerations of meaning and variance and referential effect and context, though, nowhere else does Silliman (apparently) make an “error.” (The truth is: six-letter’d France “doesn’t.”) I see no evidence anybody’s noted the fault. Silliman is “good with” counting—he counts things constantly. How explain the gaffe? Simple carelessness of the imprecise or Silliman’s equivalent to “a flaw in the carpet”—the nod of the imperfect human in the eyes of a perfect God? Is the mention of a Williams mistake a clue?

146.     On page 282 of Imaginations, Williams writes “This is the alphabet,” presents the typewriter keyboard, except that where the s should be there appears a second e. Whether this was “in error” or not, it tells us everything about the perception of language.

“Everything”? (I am remind’d of contemporary games of shuffled letter-order’s no-effect on perception—“the olny iprmoetnt tihng is taht the frist and lsat ltteer be at the rghit pclae.”) (Or Charles Bernstein’s typo-ga-ga “A Defence of Poetry”: “My problem with deploying a term liek / nonelen / in these cases is acutually similar to / your / cirtique of the term ideopigical / unamlsing as a too-broad unanuajce / interprestive proacdeure.”) Less “everything” than a sort of one-note Johnny brouhaha stall’d out at a level of language “way” prior (Silliman begins “The Chinese Notebook” with “Wayward, we weigh words”—execrable pun and limitation) to where it becomes completely rousing: at the moment it transports.

Black Sun on a White Sun

Call it Tuesday, then, because today, Tuesday,
even my humeri are on bass ackwards
and never like today have I turned back
against the freeway signs, to see myself alone.

Rachel Edelson is dead, least-favored daughter,
I killed her, and she did nothing to me;
I beat her once with a cane and twice

with a walker; testimonies from
the Tuesdays and the backward bones,
the batshit loneliness, the brakes, the roads. . . .

Brilliant that “don’t fuck with me” for Vallejo’s y no me corro and the palatal hard c “cane” interjecting against the fricatives in “once” and “twice” mimicking the shape of the sound pattern in le daban duro con un palo y duro. The other stunner: Martin Corless-Smith channeling “plus Claude Debussy que Stéphane Mallarmé” (by my lights, the piece seemingly succumbs to a languor barely grasp’d), though I think Mallarmé’s “Everything in the world exists in order to end up in a book” lurks herein, too:

The Evening of a Faun

Memories of an unread book.

Come join me more quietly. My days of chasing are past.

For the evening we will accept what we find—in the way of music and repast.

Some unearthed truffles, mountain garlic and a fowl or two.

Turn away from the breeze for shelter—and the playing of pipes.

A little preparation and reparation, and the earth nest is readied—the stubborn root knot patted with mud—the leaves piled readily.

The music is from our childhood and before. A nameless tune we learned before memory.

There might come dancers. And if they do we must let them be. It they do not we must watch the trees dance—and obey the still evening ourselves.

My nature has changed. My companions a few and I have little now to say to them.

That which they know they will recognize—that with they do not they will not. I need not offer the world to my fellow fauns.

The sound of water is our companion heart. It rains a little but our beards are greased.

Everything is an omen for everything will happen. 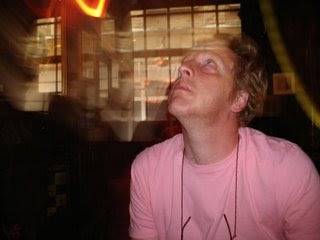