Read through, with pleasure, Arthur Sze’s new book, The Ginkgo Light (Copper Canyon, 2009). Sze is a cataloguer, ranging widely to heap up details, capable of sudden shifts of scale (“a Life photograph / of bodies piled up in Nanjing; koi mouth / the surface near a waterfall”), displacements of point of view (“Meandering across a field with wild asparagus, / I write with my body the character for grass, / water, transformation, ache to be one with the spring”). He eases comfortably through (that is to say, accumulates—lists—with no sense of encumbrance or “study”) all sorts of cultural tesserae (a Sze word) and detritus (Chinese, Japanese, Mexican, Native American), scientific fact, natural history, workingmen’s manner and lingo and ways, and is adept at sifting the quotidian mulch and surround for the pertinent moment, or noise, or comment. He knows the names of things and is particular and deft in usage, an economy of “right delivery.” Here’s one of the longer pieces in The Gingko Light:

Corpses push up through thawing permafrost,

as I scrape salmon skin off a pan at the sink;
on the porch, motes in slanting yellow light

undulate in air. Is Venus at dusk as luminous
as Venus at dawn? Yesterday I was about to

seal a borax capsule angled up from the bottom

of a decaying exterior jamb when I glimpsed
jagged ice floating in a bay. Naval sonar

slices through whales, even as a portion
of male dorsal fin is served to the captain

of an umiak. Stopped in traffic, he swings from

a chairlift, gazes down at scarlet paintbrush.
Moistening an envelope before sealing it,

I recall the slight noise you made when I
grazed your shoulder. When a frost wiped out

the chalk-blue flowering plant by the door,

I watered until it revived from the roots.
The song of a knife sharpener in an alley

passes through the mind of a microbiologist
before he undergoes anesthesia for surgery.

The first night of autumn has singed

bell peppers by the fence, while budding
chamisa stalks in the courtyard bend to ground.

Observing people conversing at a nearby table,
he visualizes the momentary convergence

and divergence of lines passing through a point.

The wisteria along the porch never blooms;
a praying mantis on the wood floor sips water

over the composition of a search committee,
snickers and disparages rival candidates.

A welder, who turns away for a few seconds
to gaze at the Sangre de Cristos, detects a line

of trucks backed up on an international overpass

where exhaust spews onto houses below.
The day may be called One Toothroad or Six Thunderpain,

but the naming of a day will not transform it,
nor will the mathematics of time halt.

An imprint of ginkgo leaf—fan-shaped, slightly

midvein—in a slab of coal is momentary beauty,
while ginkgos along a street dropping gold

leaves are mindless beauty of the quotidian.

Once thought to be extinct, the gingko was
discovered in Himalayan monasteries and

propagated back into the world. Although I
cannot save a grasshopper singed by frost

trying to warm itself on a sunlit walkway,

I ponder shadows of budding pink and orange
bougainvilleas on a wall. As masons level sand,

lay bricks in horizontal then vertical pairs,
we construct a ground to render a space

our own. As light from a partial lunar eclipse

diffuses down skylight walls, we rock and
sluice, rock and sluice, fingertips fanned

to fanned fingertips, debouch into plentitude.
Venus vanishes in a brightening sky:

the diamond ring of a solar eclipse persists.

You did not have to fly to Zimbabwe in June 2001
to experience it. The day recalls Thirteen Death

and One Deer when an end slips into a beginning.
I recall mating butterflies with red dots on wings,

the bow of a long liner thudding on waves,

crescendo of water beginning to boil in a kettle,
echoes of humpback whales. In silence dancers

concentrate on movements on stage; lilacs bud
by a gate. As bits of consciousness constellate,

I rouse to a 3 a.m. December rain on the skylight.

A woman sweeps glass shards in a driveway,
oblivious to elm branches reflected on windshields

of passing cars. Juniper crackles in the fireplace;
whale flukes break the water as it dives.

The path of totality is not marked by

a shadow hurtling across the earth’s surface
at three thousand kilometers per hour.

Our eyelashes attune to each other.
At the mouth of an arroyo, a lamb skull

and ribcage bleach in the sand; tufts

of fleece caught on barbed wire vanish.
The Shang carved characters in the skulls

of their enemies, but what transpired here?
You do not need to steep turtle shells

in blood to prognosticate clouds. Someone

a golden rain tree. A woman weeds, sniffs
fragrance from a line of onions in her garden;

The continuous bifurcates into the segmented
as the broken extends. Someone steals

a newspaper while we snooze. A tiger
swallowtail lands on a patio columbine;

a single agaric breaks soil by a hollyhock.

Pushing aside branches of Russian olives
to approach the Pojoaque River, we spot

a splatter of flicker feathers in the dirt.
Here chance and fate enmesh.

Here I hold a black bowl rinsed with tea,

savor the warmth at my fingertips,
aroma of emptiness. We rock back and forth,

back and forth on water. Fins of spinner
dolphins break the waves; a whale spouts

to the north-northwest. What is not impelled?

my eyes, the moments dilate. Rain darkens
gravel in the courtyard; shriveled apples

on branches are weightless against dawn.

Elsewhere Sze admits that “The pieces of a life stay pieces / at the end,” but here there is (in spite of, or because of that “mindless beauty of the quotidian”?) a sense of fullness and release (concomitant with the world and its lovely variousness), a “debouch into plentitude.” (That delicate sexual moment—“we rock and / sluice, rock and sluice, fingertips fanned / to fanned fingertips”—is echo’d in “We rock back and forth, // back and forth on water,” whilst the “fan” of the gingko leaf is mimick’d in the lovers’ hands.) I like the tiniest of notes—“lilacs bud / by a gate”—and how it thrusts the great cataloguer Whitman into the poem. I like how Sze registers a stop’d incomplete (coming and going) shapeliness not unlike the poem’s own: “Observing people conversing at a nearby table, / he visualizes the momentary convergence // and divergence of lines passing through a point.” I like the jagged materiality of “The continuous bifurcates into the segmented / as the broken extends,” a generality become particular (and illustrative of itself) through its sounding. I like the buzzing z’s and near-z’s (in “hibiscus” and “brush”) in the miniature list of “Yellow hibiscus, zodiac, hair brush”—Sze working the sound-registry. I love the story of the lost gingko re-found “propagated back into the world” and the slightest hint of allegory in the fossil imprint’d gingko leaf’s “momentary beauty” versus the “mindless beauty” of the drop’d gold leaves of the present.

There is little commentary, little explicatory verbiage (one sees it in the eruption of the line “Here chance and fate enmesh,” counter to the patient weightlessness of “things and the doings of things” that comprises the piece). There is a vivid ongoing sense of return and recovery—beginning with the terrific first line, “Corpses push up through thawing permafrost”—or openings (“the moments dilate”) and closings (“about to / seal a borax capsule”; “Moistening an envelope before sealing it”), that I associate with a kind of war between the processual continuum (“nor will the mathematics of time halt”) and its momentary (of necessity) reprieve in convergence (a poem). Sze says at the end of “Departures and Arrivals”: “Each moment in time is a hub.” The chrysalis-like “shriveled apples / on branches . . . weightless against dawn” at the end of “Chrysalis” wheel around the same hub as the permafrost-freed corpses, echoing and exchanging energies (“What is not impelled?”), all of it about to lapse “back into the world.” (It is here that Sze’s question, “Is Venus at dusk as luminous / as Venus at dawn?” is answer’d with an always provisional yes.) 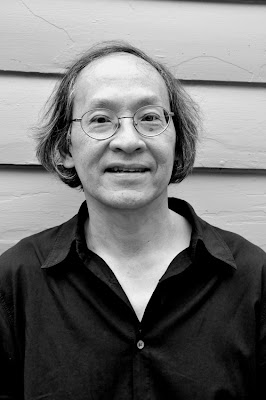 CXC
Either everything is palpably here—that
tiger lily bobbing up colossally orange
with mole-sized spots, the ivory-

a system of pulleys hid deep
in the skulls of undone robots.
Dunned one is by possibility, though

so what? What if that insect—
one of the rarer hymenoptera—settling
down weightless into the sparsely-hair’d

zone of one’s wrist-bone, is
a mechanical toy so adequately executed,
so fill’d with grammar and rudiments

of insect-design the whole worldly
apparatus clowns in around it? The
way a hummed strain of music

is proviso enough for a complete
orchestra to bloom up melodic and
divine: sustainably engendering God-knows-what.

Sontag (the aphorist): “Most of the great aphorists have been pessimists, purveyors of scorn for human folly. . . . Aphoristic thinking is informal, unsociable, adversarial, proudly selfish.”

Sontag (on Barthes): “Barthes’s strengths as an aphorist suggest a sensibility gifted, before any intervention of theory, for the perception of structure. A method of condensed assertion by means of symmetrically counterposed terms, the aphorism displays the symmetries of situations and ideas—their design, their shape. Like a markedly greater feeling for drawings than for paintings, a talent for aphorism is one of the signs of what could be called the formalist temperament.”

Sontag (on Artaud, on “the willed classic,” essential fraudulence of): “He is an example of the willed classic—an author whom the culture attempts to assimilate but who remains profoundly undigestible. One use of literary respectability in our time—and an important part of the complex career of literary modernism—is to make acceptable an outrageous, essentially forbidding author, who becomes a classic on the basis of the many interesting things to be said about the work that scarcely convey (perhaps even conceal) the real nature of the work itself, which may be, among other things, extremely boring or morally monstrous or terribly painful to read.”

Just some notes I kept thinking of use (for something) put here in abeyance (of that something).