CXCVI
Duress, that book
wherein a tiny
flying insect, a
gnat or Drosophila,
is register’d flat,
smudging the word
Vector, or sissyish.
That latter is
found in Two
Serious Ladies, probably
collect’d the summer
I cowboy’d out
in Wyoming, bunk’d
with the son
of a minor
Panamanian industrialist, got
not a lot
of reading done.
Stretch’d out supine
like a gin-
sop all through
the humid night’s
abject and perfidious
loo-excursions, lit
by the unlouvre’d
yellow of that
lossy electrical pit’s
one bulb, Miss
Gamelon caught in
my craw. Abracadabra
folksy paradise fare,
like the inexplicable
uncaught continuity of
the larval grub
berserker’s analogical connivance,
that fug-pettifogging
book of nature.
Like a parrot
the size of
an Indian’s hand-
sewn quiver perch’d
on my shoulder
saying “Goddamn.” Goddamn.

Frankly, I like to end up sour appendage (“Wha? What th’ fuh?”) to whatever malleable word-consorts “end up” affix’d to the page. Or apprentice. I accept a smidgen of “situation”: it roots the rollicking spiel. Emerson: “’T is the trick of nature thus to degrade to-day; a good deal of buzz, and somewhere a result slipped magically in. Every roof is agreeable to the eye until it is lifted; then we find tragedy and moaning women and hard-eyed husbands and deluges of lethe, and the men ask, ‘What’s the news?’” I don’t think he was talking about a squash’d mosquito in a slim novel, though he might well have been. The good thing: I can’t determine if these are the dog days, the doldrums of summer, Feistiness replacing that minimal sentry Amusement, or if I’ve “hit a lick” coming off a “fit of indigence and frugality.”

Bolaño’s The Skating Rink. Of course there’s a murder, au moins a corpse. And, with the various connections and petty grudges and tiny quotidian manias (each and every one of “us” something of a sicko without portfolio, too irredeemably afeert to act, isn’t that one thing Bolaño hints at?)—there’s no clear path to the perp. I like to see how Bolaño’s allegiance (to Gaspar Heredia, known as Gasparín) shifts, here to Remo Morán. (Meaning, Morán’s story is made of identifiable pieces of what one’s come to think of as Bolaño’s):

I think I said this already, but I’ll say it again just in case: it wasn’t the first time I’d seen a corpse. It had happened twice before. The first time was in Chile, in Concepción, the capital of the south. I was looking out the big window of the gymnasium where I was imprisoned along with about a hundred other people: it was a November night in 1973, the moon was full, and in the courtyard I saw a fat guy surrounded by a ring of police detectives. They were all beating him with their fists, their feet, and rubber truncheons. After a while, the fat guy stopped protesting. Then he fell face down on the ground and it was only then that I realized he was barefoot. One of the detectives lifted his head by the hair and examined it for a moment. Another one said he must be dead. A third remembered having heard something about the fat guy having heart problems. They dragged him away by the feet. In the gymnasium just me and one other prisoner had witnessed the scene; the rest were bundled up sleeping wherever they could find a place, and the air was so thick with snores and sighs I thought we were going to suffocate. I came across the second dead body in Mexico, on the outskirts of Nogales, a city in the north. I was traveling with two friends, in a car that belonged to one of them, and we were going to meet two girls, who in the end never turned up. Before we got to the meeting place, I got out to urinate and probably wandered too far from the highway. The body was between two humps of orange-colored earth, face up, arms outstretched, with a small hole in the forehead, just above the nose; it looked like it could have been made by a hole-punch, although it had in fact been made by a bullet, a .22. A faggot’s gun, said one of my friends. The other friend was Gasparín; he took a look at the body but didn’t say anything. Sometimes in the mornings, when I’m having breakfast on my own, I think I would have loved to be a detective. I’m pretty observant, and I can reason deductively, and I’m a keen reader of crime fiction. If that’s any use . . . which it isn’t . . . Anyway, as Hans Henny Jahn, I think, once wrote: if you find a murder victim, better brace yourself, because the bodies will soon be coming thick and fast . . .

So much of the material of Bolaño’s subsequent books there. With that blithe “I think I would have loved to be a detective”—put up against the memory of the Chilean detectives who beat a man to death—Bolaño means to implicate us all. I am took, too, by reference to Hans Henny Jahnn, a German expressionist writer of the ’twenties, rather successfully silenced by the Nazis in the ’thirties, author of The Ship, hardly read now, news. Is it possible—or far-fetch’d—to connect Bolaño’s description of the corpse (“Blood, from various parts of the fallen body, had flowed in all directions, forming patterns and geometrical figures that I mistook at first for shadows”—a terribly formal arrangement of the body of the murder’d found in the middle of the skating rink) with Jahnn’s lines out of The Ship?

“We have witnessed the horrible again and again, a transformation no one could foresee. A healthy body is run over by a truck, crushed. Blood, once secreted, once feeling its way blindly through the body, pulsating in a meshwork of thin streams, spreading the chemically charged hormones and their mysterious functions like a red tree inside man–this blood now runs out shapelesssly in great puddles. And still no one grasps that, in a network of veins, it has form. But even more horrible–the death struggle itself, in which the innumerable organs, which we believe we feel, take part. Terror is stronger in us than delight.”

Maybe. I heed seriously Bolaño’s sly afterthought about the reader, reading with any vain obligatory aspiration—“self-improvement,” a “better world”—or any hope of its making some ethical difference: “If that’s any use . . . which it isn’t . . .” I read Bolaño largely, though, for sentences like (talking about the “ever-unpredictable Carmen,” the ex-opera singer): “Her lazy, luminous intonation, which, by the way, made the Rookie swoon with delight, had something of the men’s shower room about it, with a little hole in the roof for the Field Marshall’s young daughter to peep through each morning and see the soldiers suffering under the cold showers.” Defiantly and inapproachably odd. 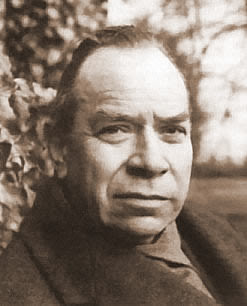