CLXXXIII
Cold rain, sore throat
routing out the right
discoursing Leland. Or Betty,
who of nothingness manufactured
a tract regarding justly
proportion’d reagents, and wax.
A busy thing, imponderable
in its unnerving legginess,
though wrongly accusatory, like
the vengeance one sees
dealt out by nature.
Attention, normally slow at
joinery, regimen-wary, un-
hook’d, hard to weigh
out in the hand.
Today it’s as if
its brassiere is un-
hook’d, causing the two
pans of its scale
to dash madly back
and forth, or up
and down, like two
twins fighting for top
bunk. Oh I am
here to have it
out with the fuss-
budgets of metaphorical romps,
the asinine God’s begat
materialists, the pure object-
beholders, the plethora-denying
boobs of the fact.
The rufous-head’d wood
thrush is up singing
a limpid slurry three-
note that’s unmitigated angelic
discard, pure au-delà,
pure eau-de-vie,
the terrestrial trading up
through a succession of
attending gaffes, split infinities,
celestial hand-me-downs.

If I’d been savvy rather than anxious (raging mal à la gorge, work heebie-jeebies, incipient east-scoot) yesterday, I’d “of” track’d down the Edwin Denby piece that’s the result of that walk with Willem de Kooning with all its talk of “dispersed compositions” of debris, and scale. Call’d “The Silence at Night” (it’s found in the 1948 In Public, In Private, though probably dates earlier)—and Denby runs a little dedicatory reminder under the title: “(The designs on the sidewalk Bill pointed out)”:

The sidewalk cracks, gumspots, the water, the bits of refuse,
They reach out and bloom under arclight, neonlight—
Luck has uncovered this bloom as a by-produce
Having flowered too out behind the frightful stars of night.
And these cerise and lilac strewn fancies, open to bums
Who lie poisoned in vast delivery portals,
These pictures, sat on by the cats that watch the slums,
Are a bouquet luck has dropped here suitable to mortals.
So honey, it’s lucky how we keep throwing away
Honey, it’s lucky how it’s no use anyway
Oh honey, it’s lucky no one knows the way
Listen chum if there’s that much luck then it don’t pay.
The echoes of a voice in the dark of a street
Roar when the pumping heart, bop, stops for a beat.

I like that honey of a Greek chorus toward the end, Williamsesque, American speech. I like the awkward “by-produce” and “portals” (a word that nearly always recalls O’Hara’s “Rhapsody”: “515 Madison Avenue / door to heaven? portal / stopped realities and eternal licentiousness”). I like the tipped-in “bop” (making me even more curious as to the date of its composition: is it a nod to the “bebop” coming out of ’thirties swing in the early ’forties?) I like the intrusion of the highly-“dict’d” “cerise” against the “it don’t pay.” I try to relate the title to something else Denby relates in the piece call’d “The Thirties.” Recalling late night talk-sessions at de Kooning’s loft, Denby writes of remembering “someone saying, ‘Bill, you haven’t said a word for half an hour.’ ‘Yes,’ he answered, his voice rising like a New Yorker’s to falsetto with surprise,’ I was just noticing that, too.’”

That attending—even to one’s own quietness—Denby relates to de Kooning’s insistence on the responsibility of the artist to (I refuse to even say “the vex’d question of”) self. De Kooning: “All an artist has left to work with is his self-consciousness.” (And cruising up mid-sentence, out of “In Memory of My Feelings,” the terrific opening lines: “My quietness has a man in it, he is transparent / and he carries me quietly, like a gondola, through the streets. / He has several likenesses, like stars and years, like numerals.” Is that O’Hara’s version of Emerson’s rip out of “Nature”?

Standing on the bare ground,—my head bathed by the blithe air and uplifted into infinite space,—all mean egotism vanishes. I become a transparent eyeball; I am nothing; I see all; the currents of the Universal Being circulate through me; I am part and parcel of God.

Maybe not. Though I am tempt’d to argue for a continuity, for a quietly consternated imbalance trying (and barely succeeding) to right itself, that is “how art (all art) works.”) Denby says of de Kooning’s painting that “he wanted everything in the picture out of equilibrium except spontaneously all of it.” And, of de Kooning’s desired “form”: “a miraculous force and weight of presence moving from all over the canvas at once.” Against “seduction and climax” (narrative), a “vibration” (Emerson’s “currents”?) Denby: “One could not get into the picture by way of any detail, one had to get into it all at once.” (See O’Hara’s “Easter,” or “Second Avenue.”) In a 1954 essay titled “Forms in Motion and Thought,” Denby writes:

In dancing one keeps taking a step and recovering one’s balance. The risk is a part of the rhythm. One steps out of and into balance; one keeps on doing it, and step by step the mass of the body moves about. But the action is more fun and risk increases when the dancers step to a rhythmic beat of music. Then the pulse of the downbeat can lift the dancer as he takes a step, it can carry him through the air for a moment; and the next downbeat can do it again.

(“Out of and into balance” recalls C. S. Giscombe's terrific memoir Into and Out of Dislocation, that phrase, coming out of a doctor’s remark regarding a dislocated shoulder, coming to “stand for” the movements of a black nineteenth-century Jamaican across the North American continent, and Giscombe’s own trajectory up into British Columbia in chase only partly genealogical.) Naturally, in “applying” that “rhythmic beat” to writing, or painting, one need not make the obvious connection to word (or syllable) beat, (or brushstroke)—one thinks of the slow beat of the hours, or the days. (I simply cannot think of rhythm without Joyce’s line out of “The Dead” deviling me: how “An irregular musketry of applause” “escorts” so and so to the piano, or, post-performance, away.) Denby, too, nearly provides a poetic strategy in one tiny description of talk: “I remember people talking intently and listening intently and then everybody burst out laughing and started off intent on another tack.” Simple as that. Intensity, release, the beat of it. (And, distantly, I recall a night in Milton Kessler’s kitchen in Binghamton, New York, with John Logan, extremely drunk—everybody extremely drunk—spouting a theory of how poetry resembles surfing, mounting and riding the diminishing wave. In one Logan poem, “Honolulu and Back”: “all day long they rode / Surf in the summer sun. Waves knock, and gun.”)

Rhythm and tack and pause, the connectors eschew’d. I like what Denby writes about the “critic”:

The existence of an “authoritative critic” or of a “definitive evaluation” is a fiction like that of a sea serpent. Everybody know s the wild errors of judgment even the best critics of the past have made; it is easier to agree with contemporary judgments but no more likely they are right. It seems to me that it is not the critic’s historic function to have the right opinions but to have interesting ones. He talks but he has nothing to sell. His social value is that of a man standing on a street corner talking so intently about his subject that he doesn’t realize how peculiar he looks doing it. The intentness of his interest makes people who don’t know what he’s talking about believe that whatever it is, it must be real somehow . . .

One quote deserves another: ““So we beat on, boats against the current, borne back ceaselessly into the past”—where, certes, lies the new found land.

Off another few days. To Ithaca, whence once I scuffl’d, young and perfervid. Think of the opening to Richard Fariña’s marvelous Been Down So Long It Looks Like Up to Me:

To Athené then.
Young Gnossos Pappadopoulis, furry Pooh Bear, keeper of the flame, voyaged back from the asphalt seas of the great wasted land: oh highways U.S. 40 and unyielding 66, I am home to the glacier-gnawed gorges, the fingers of lakes, the golden girls of Westchester and Shaker Heights. See me loud with lies, big boots stomping, mind awash with schemes.

Correspondents of late unbelabor’d by my missives, please note: 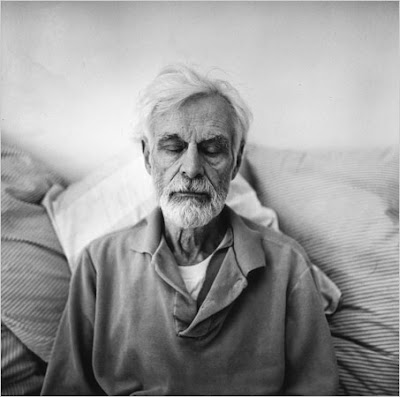