CLXXXVIII
Morning’s nipple’s pucker’d up—
anticipating a greedy mouth.
There’s a kind of
congestion, a shoring against
use, or a measure
of disuse, a gambit
the way the sun
crimps in its fingers,
comes up out of
the sagging power lines
like a fist. Kapow!
says the day, eager
to proceed, to fetch
some eats, scrub down,
smooth a gap-tooth’d
comb through the dozen
or so hairs remaining.
Nulla dies sine linea—
what Balzac, that prize-
fighter, thickish and preening,
pouch-jowly and cape-
draped in a sketch
by Rodin, pinion’d to
the scriptorium wall. Mallarmé,
a shirt-waist’d nebulosity
jerking vaguely left and
right like a velocipedist,
routinely declaim’d how one
oughtn’t begin a sentence
with a monosyllable, ineffectual
(impotent) engine for hauling
forth any statement of
note. Zola’s scuffling days
mark’d by the night-
shirt he wore, unable
to go out, coat
and trousers pawn’d for
eggs, happy and supremely
confident of ‘a capacity
for work,’ a mistress
call’d it ‘going Arab.’
And here it is.

Ah, driving. In Olean, thinking of a Main Street dinner some thirty years back, the only way that particular memory’s accessible, passing through. Or of Robert Lax, friend of Thomas Merton and Ad Reinhardt, who return’d there—hometown—at millennium’s end after years of hollowing-out hermitry living on the Greek island of Patmos. Riparian memory mode, driving is. In between the onslaughts of reverying, one attempts to remember the names of the creeks and rivers—French, Prendergast, Cassadaga, Conewango, Cold Spring, Olean, Oil, one scans the skies for hawks, one makes a million perfect and imperfect photographs with reusable (interchangeable, and of supremely high resolution) pixils of one’s own pinhole-perfect brain-box, a kind of camera obscura, veil’d chamber of one’s richesse.

(Looking for a photograph of Robert Lax, finding lines apropos the morning, presumably out of Circus of the Sun:

The silver morning shifts her birds
From tree to tree;
Young green fires burn along the branch;
The river moves but each wave holds a place,
Pattern of knives above the juggling tide.

Now in the south, the circus of the sun
Lays out its route, lifts the white tent,
Parades the pachyderm,
And pins the green chameleon to the cloth.
Coffee-mists rise above the gabbling cook-tent;
Aerialists web above the tumblers’ ring;

Behold! In flaming silk, the acrobat,
The wire-walking sun.

Lax did, pre-Greece, travel with the Cristiani Family Circus in Canada.) 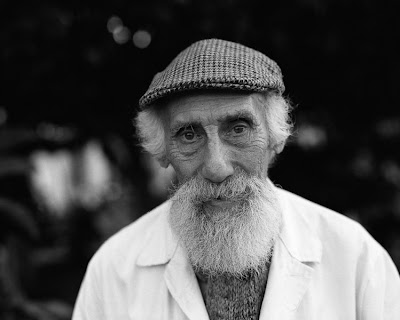 Ithaca, though, is ruin’d. You can’t go home again. Collegetown buckling under the weight of fake-stone monstrosities, six or eight story eye-sores too tall for the hill. Sense of the hippies in the hills ethos become self-congratulatory, codify’d. Cornell cramming one new building in after another (whilst the gorge-crowding James Stirling-design’d Schwartz Center for the Performing Arts—that I watch’d being construct’d in the late-’eighties before I left—looks worn, dirty, broken, and rather dated with its postmodern “quotes” of campanile, &c.) The used bookstores mostly expensive and stock’d with junk. The little reading I managed consolatory (out of the Goncourt Journals, dated 2 January 1867):

A sign of the times: there are no longer any chairs in the bookshops along the embankments. France was the last bookseller who provided chairs where you could sit down and chat and waste a little time between sales. Nowadays books are bought standing. A request for a book and the naming of the price: that is the sort of transaction to which the all-devouring activity of modern trade has reduced bookselling, which used to be a matter for dawdling, idling, and chatty, friendly browsing.

Off to check my traplines, see what’s transpired in my short absence. 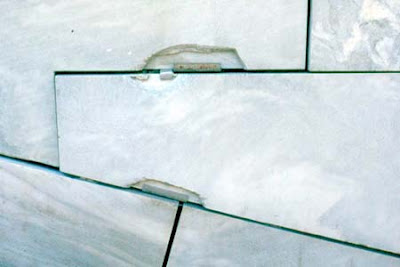