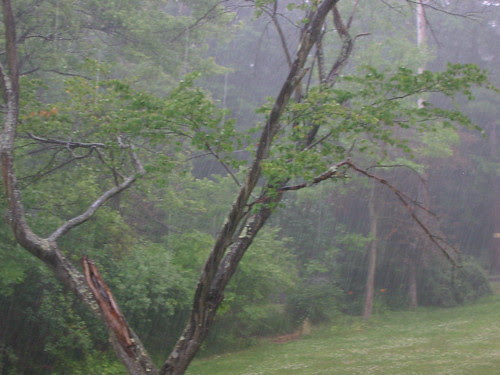 CCIV
To contend, and spent, relent,
turning to the duplicitous ornery
sea, its surge and push
‘like a hand omnipotent’ (Melville).
Evidence of the unrestrainedly pre-
logical might of the earth,
its arbitrary stimuli, its monstrous
incessancy, its unreserved intransigence, its
fits. ‘Art, in reply, seeks
only to close its eyes,
grit its teeth.’ Hence, plenary
thrash concomitance, the sun-bender,
the submerged rapturist, the pussy-
licker, the drunk—that un-
rank’d ‘hath not th’advantage’ un-
mooring to avert one’s reason-
stopper’d ‘goût pour la terre
et les pierres.’ I lie
between slabs of shale like
a trilobite dying beneath Silurian
sediments, a stash’d unfit behoover,
a bury’d remedial cache. At
the hub of the Canadian
Shield, I join the trilobite,
affiinity’s strange unsmudgeable, a jawing,
joint’d mess, The Joiner’s mess.

Perfectly chaotic morning: rain, bicycle, blood work, errands. A book left splay’d out, anneal’d by humidity to the floor like a butterfly. Solace in a casual reading of Dionysius of Halicarnasssus’s rogering around with the austere (and other) forms of “literary compostion”:

I hold the view that there are very many distinct forms of composition . . . I also think that, as in personal appearance, so in literary composition, an individual character is associated with each of us; and I find not a bad illustration in painting. As in that art all painters mix their pigments together in a variety of shades, in the same way in poetry and all other literature, though we all use the same words, we do not put them together in the same manner. I believe, however, there are only the following three generically different kinds of composition . . . since I cannot find authentic names by which to call them, because none exists, I name them by metaphorical terms—the first, austere, the second polished, the third well-blended. I have no idea how to describe the way in which the third is produced—“my mind is too divided to utter truth,” [apparently quoting a—terrific—fragment by Pindar]. I cannot say whether it is formed by removing the two extremes or by combining them, for it is not easy to find a clear solution to the problem. So perhaps it may be better to say that it is by the relaxation and intensification of these extremes that the very many varieties of median forms arise. . . .
The special character of the austere style of composition is this: it requires that the words shall stand firmly on their own feet and occupy strong positions; and that the parts of sentence shall be at considerable distances from one another, separated by perceptible intervals. It does not mind admitting harsh and dissonant collocations, like blocks of natural stone laid together in building, with their sides not cut square or polished smooth, but remaining unworked and rough-hewn. It has a general liking for expansion by means of long words which extend over a wide space, because restriction to short syllables is repugnant to it, except when necessity sometimes compels.
In respect of words, then, these are the effects which it strives to achieve and the principles to which it adheres. In its clauses it both pursues the same policy with regard to words, and cultivates dignified and impressive rhythms, and aims to make its clauses not parallel in structure or sound, nor slaves to rigid sequence, but noble, conspicuous and free. . . . As to periods, it does not, for the most part, even attempt to compose them as self-contained units in which the sense of each is complete: and if it drifts into this accidentally, it aims to emphasize its own unstudied and simple character, neither using any additional words which contribute nothing to the sense, merely in order to complete the period, nor taking special care that the rhythmic movement should have a certain show or polished character; and certainly not measuring their length so that it is just sufficient for the speaker’s breath, nor paying attention to any other such matter. This style of composition has these further characteristics: it is flexible in its use of cases, uses a variety of figures and few connectives, lacks articles, and often neglects grammatical sequence. It is not at all florid, but magnanimous, outspoken, unadorned: its beauty consists in its patina of antiquity.

Comme on disait il y a des décennies: dig it!

Out of Simon Pettet’s Hearth (Talisman House, 2008), a collect’d—see Ralph Hawkins’s excellent notice of it here:


ah! then, as I was rising,
’long this crowning road,
just beyond the big oil drums,

there leaked into my open ear
from some far pool,
the faint peep of a hyla,

one little hyla somewhere in the fens,
sexually-aroused by the fresh genial season,

and not about to be left behind!

crawls up, on bank or bush,
(or leafy stem),
squats, inelegant, on a dry leaf,
takes out a little “flute-like thing”

and bravely essays a note,
or more, “which scarce renders the vernal air”,

fulfilling the avian code, it
does no violence to the zephyr,

but yet, painlessly, breaks through all obstacles,

and far over the downs,
and onto the backs of the dumb sheep grazing
on tufted grass

and straight into the ear
of yours truly,
the listening patient.

The Hylidae, the tree frogs. Some of the pertinent lines out of Thoreau’s Journal (March 21, 1853): “Ah! then, as I was rising this crowning road, just beyond the old lime-kiln, there leaked into my open ear the faint peep of a hyla from some far pool. One little hyla somewhere in the fens, aroused by the genial season, crawls up the bank or a bush, squats on a dry leaf, and essays a note or two, which scarcely rends the air, does no violence to the zephyr, but yet breaks through all obstacles, thick-planted maples, and far over the downs to the ear of the listening naturalist, who will never see that piper in this world,—nor even the next, it may be,—as it were the first faint cry of the new-born year, notwithstanding the notes of birds. Where so long I have heard only the brattling and moaning of the wind, what means this tenser, far-piercing sound? All nature rejoices with one joy. If the hyla has revived again, may not I?” (One sees, immediately, in the skint severity of Pettet’s version, a cottoning to the Poundian adages: “Direct treatment of the ‘thing’, whether subjective or objective” and “To use absolutely no word that does not contribute to the presentation.”) Keener put here in an untitled piece:

Some call
the sound post
“the soul”
of the violin

because its exact
pressure
on table and back

and the point at which it’s palced
(in relation to the foot of the bridge)
means so much.

Somewhere
Between
120
and
250
white horse hairs
for the bow.

The best wood is
Brazilian lance wood
but these days that’s hard to get.

Pinpoint precision balancing against the taut mysteriousness of the laconic. 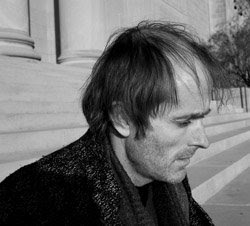