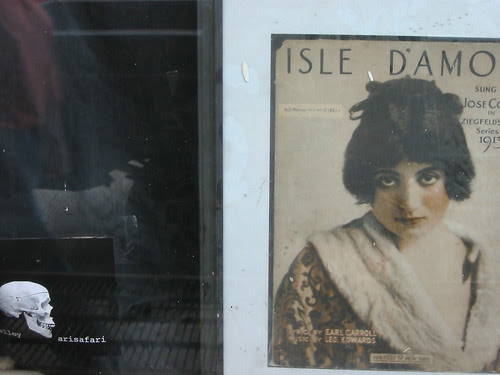 CXCI
Copernicus jettison’d the Ptolemaic
paradigm of an order’d
universe, The Jetsons got
oust’d off the net-
works before the introduction
of the euro. Empiricism
of the “straight reply”
is the straight reply.
Napping scores the brain-
cells for a post-
preprocess’d bout with slouchy
diligence, a disposition session
wherein the idiocy folds
appear pre-creased, so
easy it is to
say the Skokie thing.
I am trying to
keep up a high-
dollar ratio between militantly
unmitigated musical sawing wild
and bash ratiocinatory stress-
relations: who can’t see
that? A robin is
singing its cheery [beat]
cheerio nonsense high up
in a red oak:
there’s always a robin
hereabouts doing that shit,
it’s Michigan after all.
I like to think
I hear Robert Duncan
intoning a sotto voce
count-off during that
pause in the robin-
blaze. That guy: talk’d
a continual circuitry—all
throughout the patient dis-
mantling of a noise
he’d be there talking.
What’s gamut for one’s
elixir for another. “Oh
Ptolemy,” one says—stretching
it (the word) out
like tea with boysenberry
jam—“I miss’d my
chance to say ‘Meet
you in the Eurozone!’”

Lazy. Trying to comprehend what Lezama Lima means (what anybody means) by “image.” Here (out of the excellent José Lezama Lima: Selections (University of California Press, 2005), edited by Ernesto Livon-Grosman) Lezama Lima is responding to a query by Armando Alvarez Bravo (“Image in your poetry is a motif, a theme, a concern. It arises as a defense against realities that become realities by their own momentum, but, at the same time, it arises as a force. How do you establish the relationships between image and metaphor?”):

In terms of my poetic system of the world, metaphor and image have as much in the way of carnality or living flesh within the poem as they have in the way of philosophical efficacy, external world, or essential reason. One of the mysteries of poetry is the relationship between the analogue or connective force of metaphor, which advances and by so doing creates what we might call the substantive ground of poetry, and this advance through infinite analogies to a final point where the image is located, which image has a powerful regressive force, capable of covering all the substantiveness. The relation between metaphor and image can be likened to a horse that can both fly and swim and persists within a resistant substance, which is what we may consider the image to be. The image is the reality of the invisible world. Thus the Greeks placed images as populators of the world of the dead. I believe that the marvel of a poem is that it manages to create a body, a resistant substance set between a metaphor that advances by creating infinite connections and a final image that assures the survival of that substance, that poiesis. . . . The connections of metaphor are progressive and infinite. The firecovering that the image forms over the substantiveness of poetry is as unitary and fixed as a star. That’s why I state in one of my poems this deep paradox of poetry: that love is not made caressingly from pore to pore, but from pore to star, where space forms a suspension and the body plunges down and swims at length.

Something, Toto, tells me we’re a long way off “An ‘Image’ is that which presents an intellectual and emotional complex in an instant of time,” no? Although: Pound’s sense of the instantaneity of the “presentation”—the suddenness of that unveiling (“It is the presentation of such a ‘complex’ instantaneously which gives that sense of sudden liberation; that sense of freedom from time limits and space limits; that sense of sudden growth . . .”)—seems akin to Lezama Lima’s breathtaking sense of liberation (“the body plunges down”). What is absent here (if one insists on translating it into a norteamericano context): a sense of the “thingness” of the physical world as what Lezama Lima calls the “substantive ground.” It’s as if metaphor (a cycle of unending replacements) leaps into motion of its own accord, only to arrive (land, “ground”?) somehow (“the marvel of a poem is”) at “a final point where the image is located.” “Of its own accord”—I trust that’s what the Williams of Spring and All would call “imagination” (“an actual force comparable to electricity or steam”):

Imagination is not to avoid reality, nor is it description nor an evocation of objects or situations, it is to say that poetry does not tamper with the world but moves it—It affirms reality most powerfully and therefore, since reality needs no personal support but exists free from human action, as proven by science in the indestructibility of matter and of force, it creates a new object, a play, a dance which is not a mirror up to nature but—

And Williams’s defining line—“poetry: new form dealt with as a reality in itself”—swoops in the complete the ellipsis. (Or: “As birds’ wings beat the solid air without which none could fly so words freed by the imagination affirm reality by their flight”—an image rather oddly akin to Lezama Lima’s “horse that can both fly and swim and persists within a resistant substance.”) Too, like Lezama Lima, isn’t Williams suggesting that the triggering spark of poiesis (“independent—moving at will from one thing to another”) is “not ‘like’ anything but transfused with the same forces which transfuse the earth”:

Nature is the hint to composition not because it is familiar to us and therefore the terms we apply to it have a least common denominator quality which gives the currency—but because it possesses the quality of independent existence, of reality which we feel in ourselves. It is not opposed to art but apposed to it.

At which point my recognizably “lazy” brain-box need’d a long walk through the aster-spiked fields under the spray’d-out recklessness of the salutary stars: not a “fit” but a unitary skinless experience. 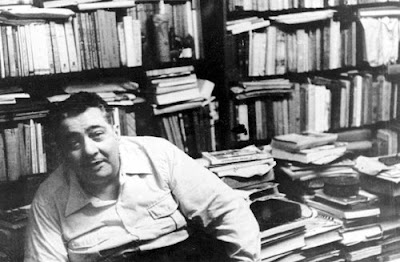