Roberto Bolaño’s The Skating Rink (I) 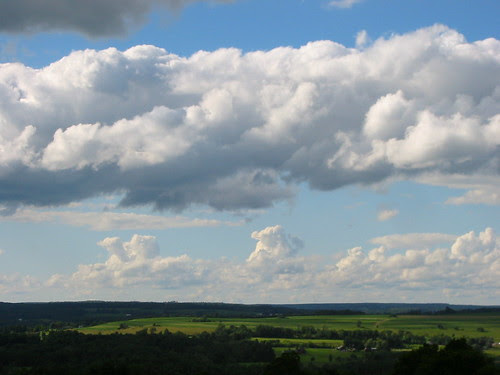 CXCV
A brief summery tuckahoe
run, up Moorman’s creek
and back, the truck
skirting unregiment’d outcroppings of
“granitic charnockites” and one
solitary slab marking a
Civil War soldier’s demise,
name of Buck. Axial
gist and pretense: how
memory flushes out of
the present’s riotous array
a nigh-tangible context
for what it’d previously
assign’d to a nether-
gilt void, a rabble
of the gaffe-raffish.
Strictly Louis Sullivan, how
that bathos-craving grave
(it is my heart)
provided an assembling nucleus,
a shoal to break
the wilderness against. “Birds
arrived like dirty water
in waves” is how
Stevens put in, high
up in the stellar
tribunal, gone spindly with
dispersal, attempting with one
fierce eye the color
of a blue tick
hound, an unhue’d gritty
blue, to rein in
the cumbersome spiel of
the meaningless irremediable everything—
unhook’d, inexact, and unapparell’d—
its vociferous plenum rent.

Received a copy of Roberto Bolaño’s The Skating Rink (New Directions, 2009), translated by Chris Andrews, and stay’d up late reading it. Originally publish’d (La pista de hielo) in 1993, it’s apparently Bolaño’s earliest novel (though one finds references to something (seemingly a policière?) call’d (marvelously) Consejos de un discípulo de Morrison a un fanático de Joyce—“Advice from a Morrison Disciple to a Joyce Fanatic”—co-written with Antoni García Porta, and publish’d in 1984. In The Skating Rink Bolaño uses a tiny chorus of narrators—transplant’d South American made good Remo Morán, Bolaño stand-in Gaspar Heredia (hired by Morán as a night watchman at a Costa Brava campground), and insecure fat-boy Socialist Enric Rosquelles—to tell the story. Morán’d known Heredia “back in the vague shifty territory of our adolescence, the province of hardened poets” in Mexico City; Heredia’s in a “precarious” legal situation with no residency papers or work permit, at the end of a string of casual jobs—“from manning a newspaper stand on the Ramblas to sewing up leather bags in a sweatshop with a rickety old Singer”—running out of money in Barcelona; Rosquelles is managing the Social Services Department in the town of Z where the campground is located, and becoming obsess’d with the town’s own budding “international skating star” Nuria Martí. Entering in, too: a seemingly blank cipher (“seemed to be watching a film projected in the sky”) of a woman named Caridad who attracts the attention of Heredia (“Something about Caridad, something about her back and her hair, triggered a familiar but brief and almost imperceptible feeling of strangeness and danger”), who carries a knife under her shirt and who is nearly always accompany’d by a supposed former opera singer named Carmen (“Her varied repertoire was all she remembered of her glory days, so she said. Naples was the name of her absolute triumph, the culmination of a splendid and terrible period, which she never recounted in detail, beyond saying that she sang both Mozart and José Alfredo Jiménez.”) Too, there is an enormous ruin’d palace on the outskirts of the town of Z—the Palacio Benvingut, named after one Carrer Joan Benvingut, who “came back, and served as an example: he showed that a local boy could make good in the Americas”—(“partly designed by . . . López i Porta, one of Gaudí’s epigones, and partly by Benvingut himself, which explains the labyrinthine, chaotic, indecisive layout of every storey in the building.”) In the ruin’d and abandon’d palace, which looks “as if it were built on shifting sands and not on solid rock” and that presents a changeable number of storeys to the eye, Rosquelles constructs a skating rink for Nuria Martí.

If the choral form of the storytelling looks forward to Bolaño’s mode in The Savage Detectives, the setting here seems to look emphatically back at Borges’s labyrinths, and the changing house of the Buendía family in García Márquez’s Macondo, the one “white, like a dove,” or “papered . . . inside and out and from top to bottom with one-peso banknotes” or “filled with yellow butterflies” or requiring that one move through it “sprinkling the house distilled water and a bund of nettles.” Where I think it differs: in the moments of reckless speed of stories, a pell mell delivery of Bolaño’s that’d seem to approach poetry-making, how the words march forth staggering and legless, unstoppable. Look (El Carajillo—“coffee with a dash”—is an old drunk sort of ex-handyman at the campground, company for Heredia):

At night his favorite topic was war, specifically the final years of the Spanish Civil War. The story was always the same, with minor variations: a group of Republican soldiers, armed with hand grenades, was advancing toward a tank formation. The tanks opened fire; the soldiers flattened themselves on the ground, and after a few moments began to advance again. Again the tanks sprayed the squad with machine-gun fire, the soldiers dropped to the ground, and then resumed their advance; after the fourth or fifth repetition there was a new and terrifying development: the tanks, which had been standing still until then, began to move toward the soldiers. Two out of three times he told the story, El Carajillo’s face went red at this point, as if he was suffocating, and he began to cry. What happened then? Some soldiers turned and ran, others kept going toward the tank, and most of them were cut down screaming and cursing. Sometimes, if the story lasted a bit longer, I got a glimpse of one or two tanks burning amidst the dead bodies and the chaos. Shit-scared, on they went. Shit-scared, who needs legs? It was never clear which side El Carajillo had fought on, and I never asked him. Maybe it was all made up; there weren’t many tanks in the Spanish Civil War. In Barcelona I met an old butcher in the Boquería market who swore he had been in a trench less than two yards away from Marshall Tito. He wasn’t a liar, but as far as I know Tito was never in Spain. So how the hell did he turn up in the butcher’s memory? A mystery.

That’s one piece of one of Gaspar Heredia’s story. Is it that odd shrug of interjection, “if the story lasted a bit longer,” that makes it (the quality of Bolaño’s fiction) seem entirely fluid, ectoplasmic, unhesitant, writing its rules (or not) as it goes? Or, there’s a wild disquisition on shit (a kind of smiting back at the “separate reality”—or happy idiocy—of magical realism?) Here’s Heredia reporting the talk of two sisters who daily clean’d the campground facilities (“Although they both worked an average of fifteen hours a day, they still found time to have a few drinks at night, by the light of a butane lamp, sitting on plastic chairs by the front door of their tent, brushing away the mosquitoes and chatting about this and that”):

Mainly about how filthy human beings are. Their night debriefings always came around to shit, in its various forms, as if it was a language they were struggling to decipher. Talking with them I learned that people shat in the showers, on the floors, on either side of the toilet bowl, and even on its edges, which is no mean feat, requiring a considerable degree of balance and skill. People used shit to write on the doors and to foul the hand basins. Shit that had to be shat and then shifted to symbolic and prominent places: the mirror, the fire extinguisher, the faucets. Shit gathered and daubed to make animal forms (giraffes, elephants, Mickey Mouse), or the letters of soccer graffiti, or bodily organs (eyes, hearts, dicks). For the sisters, the supreme offence was that it happened in the women’s bathroom too, though not as often, and always with certain tell-tale features suggesting that a single culprit was responsible for those outrages. A “filthy delinquent” they were determined to hunt down. 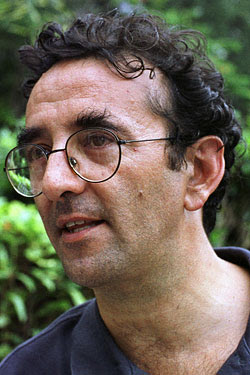