CLXXXI
Summer dusk. Rusty hinge noises of a pheasant, that
and a long train’s unscrolling blow,
enormous and bent
back against itself like a tragedy, or a comedic
bout of punch-
ups, bluster of fisticuffs, fighters turning
in concomitant candor the color of rain.
That summer
I read Shakespeare “without qualms,”
my thumb stuck out
to dodge Dorset rain-
showers, aiming nowhere in particular,
bumping up against a statuesque Drake in Tavistock, done.
A caduceus with its entwined snakes and wing’d staff,

flightiness doctor’d, entrapped by a quarrel, isn’t that what
one’s uncivil cahoots (call it writing) amounts to,
mounting
up in an untamper’d clamor of torn allegiances, denigrating
“the stupidity of the populace,”
elbowing out the serial
miscreants, singing mid-bounce like a goldfinch?
Greasy-looking
the bloke who offer’d a lift in a Jaguar,
slid a fatty paw off-shift leg-bound (my
leg), ask’d sweetly if I had a big cock.
Why yes—yes and blow and enormous and bent—

every postmortem’s a verbum perfectum,
a reply in lieu
of what I did mutter, something about how that’s
a hard thing to determine,
unlike the axe handle
whose haft is pattern and blade is means, exactly
there at hand,
cock’s perfect model’s not at beck
or call, an unheft’d snoot accoutrement.
He drove off,
huff’d with “the flesh of a constantly repeated permanence.”
That word-
luscious summer I scooter’d to Corfu, allow’d
that “the unselected nature of the material” might prevail.

Oh, one is wont to say, dear. Against the sprawl and scrawl of the writing hand, one measures oneself out in a finicky iterant register, moving a word here, no, here, the sort of thing that finally allows the plucky to leap up shouting out that “All art is arbitrary.” The way José Manuel Prieto in Nocturnal Butterflies of the Russian Empire(Grove Press, 2000)—the epigraph, by Ignatius de Loyola, reads “In the hands of my superior I must be malleable wax, to be shaped to any form, whether to write letters or to receive them”—noting the body’s “unselected” suasions, its mighty dérives, is suddenly launch’d out of the narrating rôle: “Like when you’re sitting in an armchair at home and suddenly feel like you’re in a pasture in Inner Mongolia, all the same physical sensations, wind bending the tall grass, small ponies grazing. I would really like to find an explanation for this phenomenon.” Later Prieto refers to “Jamblico, the Alexandrian philosopher” and “bilocation, the simultaneous appearance of one person in two different places”:

This is what Jamblico says, in brief: that a certain divine cause can temporarily sever the real quantitative connection that a person’s body has to a particular place, spiritualizing it (modulating it, I’d say, but explanations later) in a certain way so that the body can be seen in far-off places. There is no contradiction in this. The existence and nonexistence of a body in the same place would be contradictory, but that’s not what he’s talking about. His is a different relation: the existence of corporeal substance in one place and extensions in another, simultaneously, a phenomenon common to the gods.
I was not a god. Nor was I an exile, I don’t like that word (I prefer an older one, from before 1917 and even 1789). I was just a traveler. But the state of a traveler emulates that of a god, because it goes everywhere. Therefore: what is true of a divine body is also true of a traveler’s.

Or, one nudges, a writer’s. Prieto’s protagonist—known in the novel as J.—is an opportunist / smuggler in and around post-Soviet Russia and the European capitals, engaged in selling off contraband night-vision goggles, or underwater pistols, or Hasselblad cameras, or silent air guns, mostly truck shook out of the diminish’d Soviet armies. J. argues—all very Nabokovian the book, particularly in its bending of time itself to consciousness, think of Nabokov’s lines out of Transparent Things—

When we concentrate on a material object, whatever its situation, the very act of attention may lead to our involuntarily sinking into the history of that object. Novices must learn to skim over matter if they want matter to stay at the exact level of the moment. Transparent things, through which the past shines!
Man-made objects, or natural ones, inert in themselves but much used by careless life (you are thinking, and quite rightly so, of a hillside stone over which a multitude of small animals have scurried in the course of incalculable seasons) are particularly difficult to keep in surface focus: novices fall through the surface, humming happily to themselves, and are soon reveling with childish abandon in the story of this stone, of that heath. I shall explain. A thin veneer of immediate reality is spread over natural and artificial matter, and whoever wishes to remain in the now, with the now, on the now, should please not break its tension film. Otherwise the inexperienced miracle-worker will find himself no longer walking on water but descending upright among staring fish. More in a moment.

—that since “there’s high-grade redundancy in the physical frame and the fluids running though it . . . technically, it’s perfectly feasible to cut the atomic unit in half without decreasing physical or spatial presence.” So that (J. argues) “I could be like a television signal that travels around the world and is reincorporated (or made visible) in a receiving device. I was the original, or One, no question, but I’d crossed over some cities (again and again) and formed chance connections and at last I saw.” Consciousness splay’d, broke, fragment’d, what makes time remain “at the level of the moment”—sheer presence—allows, too, bilocation. Prieto:

I’d left bits of my consciousness, bits of myself on so many customs’ screens, a copy of me could easily have been formed from those samples, a me composed of fifty percent of my person. Not a clone, but the same signal divided in two. Along the same lines as frequency modulation, the process by which a radio signal is divided into two packages of waves, one for the left canal (or ear) and one for the right canal (or ear).

Born in Cuba in 1962, Prieto’s lived in Mexico City since 1995—though he’s currently a Fellow at the New York Public Library’s Center for Scholars and Writers. Translator of Russian: Akhmatova, Brodsky, Mayakovsky, Nabokov, amongst others. The American edition title, Nocturnal Butterflies of the Russian Empire (the original Spanish is call’d Livadia, refers to a book J. uses—“Diurnal and Nocturnal Butterflies of the Russian Empire, by V. V. Sirin,” a book whose descriptions of individual species is “less ‘psychological,’ more nineteenth century.” V. V. Sirin: the pseudonym under which Nabokov publish’d Russian novels in Berlin. The ‘psychological’ likely a joke regarding Nabokov’s routine mockery of Freud, “the Viennese quack.” 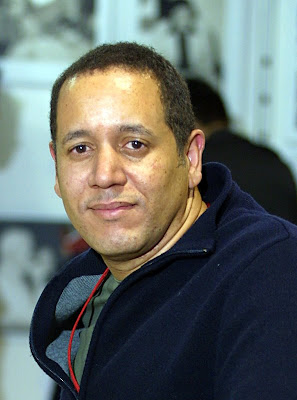