“A Lupus Loping through Lupine”

NOTES TO THE TRANSLATION

Line
1     mere off-white figures:   Undoubtedly, the reference is to the Achaians, the intruders to the Eastern continent, they who, having carefully advanced a pre-fabricated story of abduction and honor in order to rally a people at once downtrod and made imbecilic by ease, entered into a foreign excursion for eventual wealth and control. Imperialists are always “off-white.”

5     xanthopemphredoniae:   The Wasps, a penumbral squad of twenty-somethings led by a Hollywood noir teetotaler who went by the name “Guzman.” Guzman’s aims were unintelligible, vociferous, crude. He advocated what he called “serene excess” as a means of toppling the Achaian usurpers.

7     wine-borers [oenotrype]:   A rare usage, here seemingly referring less to the fabled midges of the amphora (who, in a manner not unlike that of the pourriture noble or noble rot’s striking the grape itself, aided in what the Bourdieuvians called “taste-formation”) and more to the endless ratiocination without pause of wine drinkers.

8     [                 ]:   A clean gap in the shape of a parallelogram is mysteriously cut into the papyrus here, as if with a razor blade. The previous word chasma [gaping] and the succeeding cathamma [knot] led some early commentators to propose (famously punning) “a riddled text,” that is, an intentional material aporia. Others pointed to state-controlled conspiratorial archivists; others to vandals.

Provincialism consists in:
(a) An ignorance of the manners, customs and nature of people living outside one’s own village, parish, or nation.
(b) A desire to coerce others into conformity.

To the point, too: the way Pound identified the mania he’d eventually succumb to himself with the prescient epigraph by Gustave Flaubert: “If they had read my ‘Education Sentimentale’ these things would not have happened.”

20     ram-clannish:   A species of apple of my eye-ism, “best-of-ism.” The Achaian self-construct required continual delineations and declaration of it, veritable epidemics of self-righteousness, celebratory ruts and displays of bounteousness, God-dispensatedness, yea, holiness. Historical record points to a people mean, dumpy, delusional.

21     cerebrophenax:   Literally, “braincheater.” A dish favored by The Wasps. Baked succulent cauliflower tops and calf brains drizzled with olive oils and a sort of precursor of parmesan cheese. Cooked, the two main ingredients ought to be indistinguishable.

24     Lucas Cranach type:   Clearly an anachronism. See Cranach the Elder’s Eve. Trying to point to a “ripe skinny without slatternliness.” An earlier version had “trailer park girl.” Raphael’s “La Fornarina” ’d serve, too, but for the sullen coquetry about the eyes.

One could continue rather endlessly, though the chore of “filling in” a form that’s declared itself and beckon’d—that’s always struck me with the long gong of tedium. I lit (like a starling) “upon” this particular saucer full of milk in a coincidental perusal of Georges Perec’s “last complete book”—it’s novella-sized—A Gallery Portrait and Peter Russell’s The Elegies of Quintilius (Anvil, 1996), a thing I found in Pittsburgh, the two in rapid succession. The Perec, I read now in David Bellos’s introduction, “is a kind of jigsaw puzzle in its construction, . . . made up at least in part of fragments of other texts, of allusions to others works . . . and of personal nods . . . to friends and to places associated with them.” Code fun! The Russell provides appendices and notes (a whole apparatus I’ve not exactly untangled the riches of, thinking it better to proceed in a confident—though not swaggering!—stupor into most literature, a little off-balance) to, particularly, a couple of “late” elegies (one is subtitled “A poem of Quintilius’s madness”; another begins with the lovely line: “Spartan I am indeed, lentil-fed, farting”). If translation is all about relations, word to thing, word to word, thing (cultural practice, etc.) to thing: where a better ground for romping through relational mayhem (that is, making literature)? And look, here’s Peter Russell supplying a note to a line in the “madness” poem that reads in its entirety, “In the Age of Wolves”:

Q.’s extremely vulgar Latin has variculti which plainly does not fit the context here even if it is construed as dog-Latin. In the archaic Scandinavian context, plainly it is a transcription of vargöld, ‘time or age of wolves.’ This seems more plausible that a possible vargljoth, ‘wolf howlings.’ The lack of culture in Q.’s time was indeed appalling and in may ways due to its ‘variousness.’ It was at first tempting to accept the seemingly Latinate word at is face value.
Q.’s inspiration plainly comes from some rudimentary knowledge of the Eddaic traditions though they could hardly have been written down in his day. Even so, his memories of Rome or Athens or Hadramaut, where homo was indeed homini lupus, can hardly have been much different from those of Santayana, or of Mandelshtam (in the Third Rome), with their animadversions on wolves. The translator himself has seen a wolf in Venice at a late hour of the night, though it is only fair to mention the fact that his verbatim report to the International Association for the Protection of Wolves has been held up to doubt on the grounds that the observer maintained that the wolf was in hot pursuit of the poet Shelley. In any case, it is plain that wolves are with us to stay, whether in the Alban Hills or in our supermarkets and gift shops, not to say the Foreign Office. Celtic etymology—and I shall shortly be publishing fragmentary evidence for Q.’s familiarity with the Celtic world—bears this out in a singularly convincing way. The German Volk, ‘the people,’ neutered in English into ‘folk,’ appears in Irish of olc meaning evil, rapacious, wicked. Obviously this is cognate with the Russian volk, ‘a wolf,’ and the Sanskrit vrka or Avestan vəhrka, so identifying the root with the predominant class in modern society. That Quintilius was aware of this connection some fifteen hundred years before Karl Marx was born is surely noteworthy? Indeed I shall demonstrate before long from another Quintilian fragment carved in Runic letters on the tail of a maple-wood mermaid now in the museum at Cape Breton that Mr Al Purdy’s celebrated lines

—probably the best Canadian poetry has produced in the modern age—are in fact, though of course quite unwittingly, a word for word translation of a couplet—yes—of Quintilius, which permits us to claim the latter as the first Canadian poet . . .

And so forth. One might suspect Peter Russell’d sprung fully grown out of the hornèd brow of Mr Kent Johnson, if one didn’t suffer the oddest sensation at the very (meagre) thought: a kind of subcutaneous growling that sets in all up and down one’s body, accompany’d by uncontrollable salivating and a tendency to lope.

Off, points north, for a week. 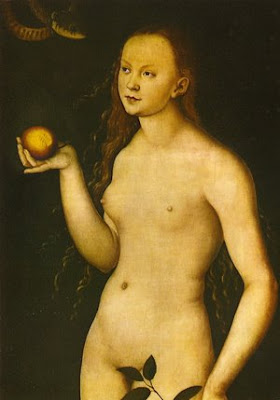 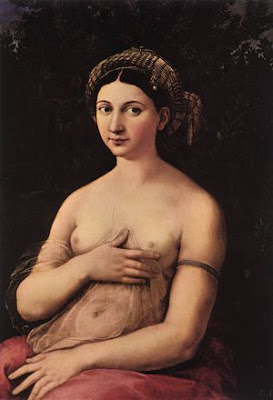