On the Corner of Prestige and Timidity Or rural ofays with semi-
companionable grudges fueled by drinks
the fluster-color of alloys
made of fire-raked byproducts,
brittle spit-metals that shine
don’t take to, that break
off easy, porous as foam.
One raises up Brittany pups,
dogs covered with blotches the
size of calf livers, pulled
twenty-nine barbed porcupine quills
out of its snout with
a pair of needle-nose
pliers, damn nuisance it is.
Anger’s the common currency, the black muck of decay
stinks of fury, blood-offal of the untenable rut
of seeing: the beyond is out there just off Prestige
Street, the sagging porch we ought to back the Chevy up to it
with a winch and a chain, pull it down with that God-
opulent charity bucket to smithereens and beyond.
To see per-
force in advance
what a thing
is, makes becoming
hardly a thing
noticeable beyond the confines of duck-fatalism, that way of ending up with one’s ass in the air, dabbling. The country’s a mess, and the quick singular self is out getting the upper hand against a cloud, a Dagwood Bumstead sandwich of a cloud, a towering cloud, a cloud that rains down parcels of contaminants, organochlorides and polychlorinated biphenyls in a torch song of what the rain contains. Its momentary clatter against the broad green leaves of the sycamore singes one upright, resolving to make a midpoint out of one’s luck, and stand to it. Luck ain’t a thing
one pays out pretty like
a guy wire, is no
measurable rent in a solid
field of rents and gaps
and behoovings, luck is no
off-beat tempo ragging up
the sodden level continuum of
ovation, its self-summary, its
end in itself, res publica.
The country’s a mess, self-
soiling and adamant, or cat-
like, contentedly impervious, a pink
tongue out for any milk,
ass-dandy, vicious, razor-toothed.
Sleeping martial impulses get a
corner on timidity, and everybody
is suddenly out beating drums
in general alarum to defend
a fat mastiff’s seizure of
whatever it takes to haul
home the fatback, or de-
fructify the land out beyond
one’s own bunting-draped cane-
breaks just a little more.

Reading (my style is omnivorous, my method is pointedly exhausting—I’ll detect a former logger’s two-track winding in under the jack pines and bury myself up to the axle trying to traverse all the way out to its egress near Johannesburg, the town in northern Michigan where we’d go for Independence Day. I’d gape fixedly at the brawny towheads who’d try to shinny up the greased pole to reach the ten-note nail’d to its top, or dodge and hoot with the crowd when a gaggle of boys in mud-soil’d T-shirts shot by in loud pursuit of a pig, greased too. One day I read in a newspaper how a postcard mail’d in Detroit in 1926’d made its way—thirty-some years later—to an address in Johannesburg, its recipient long moved away or expired. The theory went that it’d baffled a number of postal employees in South Africa in its haphazard and roundabout route to its destination . . .) reading, I repeat, another book by Jaimy Gordon, 1990’s She Drove Without Stopping, largely a soberer thing than Bogeywoman. Long being a reader of sentences—measuring a book by its quotient of terrific sentences—I am indifferent to such restraint. That is, I revel too in the “plotted and pieced” tempos as the slapdash and reckless. Or, look how Gordon marks a boy slump’d in a brokeback couch on a porch, the bottle he’d been pouring down dropped mercilessly to the floor: “His white hands lay in his lap, each touchingly curled as if holding the two halves of some precious but broken thing until he could think how to repair it.” Or how she marks a teenaged girl: “now and then she would flag at her mission of disputing every word her father said.” Which reminds me (uncontrollably gulping in fail’d attempt to saddle my smirk and sneer with something less opprobrious than smarm), what’s that “new symbolism” Silliman’s proposing? I’d agree there’s a lot of writing hereabouts of late chock’d full of miasmas of those deadly gray gradations with no discernably particulars to jaw (like a jawbreaker) usually characterized as somehow following the intricacies of “thinking” (see Jorie Graham and her spawn, see Leslie Scalapino and hers) (I “think” if that’s “thinking” I want no part of it). Is that “symbolism”? A game of guess-what-the-heck-I’m-thinking-of? It’s true that Symbolist-explorer Arthur Symons, in a rhetorical flourish that (now) seems to fall in a heap of indistinguishables, call’d Symbolism “a literature in which the visible world is no longer a reality, and the unseen world no longer a dream.” Ugh. One’s mired enough in dull verbiage without any unnecessary platitudes of praise for oatmeal-textured generalities, songless slurries of masquerade. 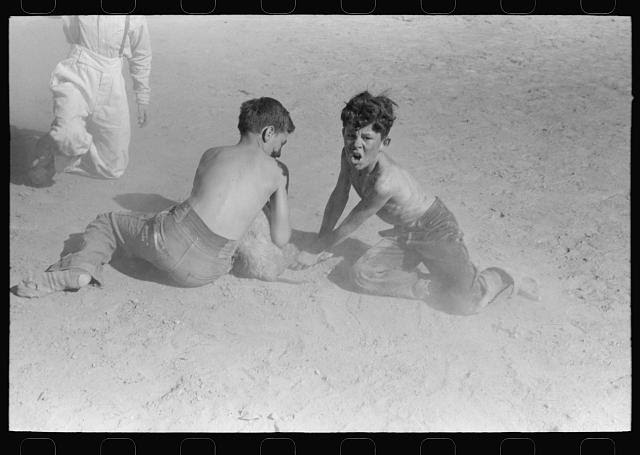