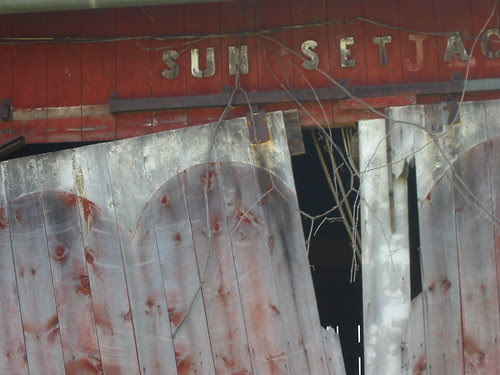 
Such animal scrutiny is a
House assembling itself, making a

Scorcher of a solo out
Of its one gradient song.

Or “radiant,” I don’t know.
Feedback welcome means Google me

First. The Italian word for
Today is oggi, an exemplary

Pile-up of vocables, all
Ball’d up like a sock.

Is an équerre a T-
Square in French, or a

The rearguard likes to enthuse
Itself up by regarding—well!

(Utter’d with the petty explosive
Petulance of the solitary windbag.)

And here a horse’s ass
Hove up into sight, a

Big peachy duel-globular thing
Like a dumptruck, with a

Twiggy braid for a tail,
Trying to drum up support.

I like how “off” one goes out there in the nether-bracken, messing about in the woods, the cyber-pipeline turn’d completely “off.” One comes up with a travelogue (“I changed my handwriting and way of doing my hair, jumped first instead of last into the fetid plunge-bath, played football better and became an exhibit: the gay, generous, rebellious Irishman, with a whiff of Kipling’s McTurk”—thus Cyril Connolly in 1938)—or succeeds in shedding an ounce or two of quotables and finds oneself suddenly exhaust’d, or singing tunelessly to mock-surreptitious (the sneaky surreal, like nudging a Gila monster with one’s toe and calling it a poem) Tate-Simic ditties of the late ’sixties, nigh-comatose with wonder at one’s apparent lower’d estimation of oneself. (Or, one addles forth with random noises, seeking to jumpstart a parade, savage for it, “a vicious little golden-haired Caligula.”) I did (I swear I did) try to impose a duty on my wayward self: I took down off the lectern (it’d been splay’d wide to support the atlas of the former Soviet states in turmoil) the latest volume (I use the word grandiloquently, trading “up” for “effect”) of The Grand Piano. Part six. Meaning the marvelous marketing mis-adventure’s about to come full throttle or my name’s not Norman Douglas (“They were both at their best when serving on committees. They did not make the mistake of handling human affairs in the bulk, but disposed of them item by item, sharply. The body was the item before them now, and on it they turned their well-trained brains. Ron Silliman, after a little demur, accepted the body as genuine, and they passed on to the next point.”)

If only. How many attempts did one make to “begin” the Crayola “regulation-brown” book? “Where is the body? Where’s the body in the text? That text, this text, any one? Silliman’s idea of a rhetorical strategy advancing like a cloud missing its trousers (or a bored cop on the beat)—no sign anywhere that that interrogation (“this interrogation, any one”) ’ll ever relent (see “Sunset Debris”). The disappointment in Silliman’s squibs for the Piano persists, and the reason for that disappointment comes clear: these are pre-rehearsed pieces. There is no “essaying” in sight, no exploratory anything—all is pat, pre-determined, vetted and signed. Nowhere is Silliman out to see where thinking goes, to try out some mischief, to collapse in a fright-puddle at the sound of a dud of one’s own making. He is “product-oriented” and must think “quality control” means never having to dodge, say, a yipping wire-hair terrier of a sentence that is doubling back to nip one’s preconceptions (to quote Montaigne). A whole carload of trademark Silliman “petites histoires” shoots off the assembly line of the prose, wrench’d here and wingnut’d there. So: the story of the “unreadable” “‘typewritten’ Courier text” of Duncan’s Ground Work: Before the War; the story of Denise Levertov and “The People’s Prick”; the story of Jack Gilbert’s creative writing class strategically interrupt’d by two dancers who “suddenly burst through the door stark naked” (the assignment to “write what we saw” apparently lost on Silliman, who invariably reports the scene in terms of “burst,” “door,” “stark” and “naked,” as if he drew a bad lot of vocabulary-leftovers out of some rejected Penthouse letters); the centerpiece story of how Silliman, in September 1978, read the whole of Ketjak “at the corner of Powell & Market in San Francisco, in front of the original branch of the Bank of America” (why that particular detail in every recounting?) “to celebrate my first ‘big’ publication as a poet.” The story of a particular performance lends little credence to Silliman’s “argument”—an attempt’d refuting of the “accusation about Language poetry . . . that it had (has) no relation to the body”—though it allows Silliman to trot out another heroic (and favor’d) detail: that at the end of the reading he’s “literally spitting blood”—here with the curious appendage “tho not enough that anyone would notice.” Stories without depth. Nowhere a consideration of how Language writing react’d against the Olsonian breath, the count’d breath-measures of Duncan, the mantric prosody of Ginsberg. No attention to what “I HATE SPEECH” meant (means) to writing’s relation to body. No contemplation of how the line (essentially disposed of by the New Sentence) might enact the body’s own fierce and variable measures. Beyond the heroics: a fetish for notebooks (“I can take weeks just deciding which notebook to use for a new project & I’m willing to spend serious money to get one that I think might have a good text hidden within, just waiting for me to come and release it”—see Language text as damsel-in-distress) and pens (“I’ve largely used the same pen, a Waterman converted to a felt tip, since maybe that same year of 1978 . . .”), sophomoric stuff. One lovely paragraph, oddly short for “motor mouth” Silliman:

As for sex in my poetry—it sometimes seems to me that it’s everywhere. Just pick up Sunset Debris and start reading aloud.

Which strikes me as smelling of that same disingenuous faux-innocent pleading George W. Bush indulges in, a kind of entitled whining. Accompany’d by unfound’d insinuatings as to one’s—in Bush’s case—patriotic or moral fervor, or one’s strength in adversity. Silliman’s own version of using insinuating tactics against perceived “enemies” of Language writing goes like this:

The formula, “the Language poets don’t X,” whatever X might be at the moment, strikes me as part of a larger phenomenon, the fear of Language, just possibly with a small l.

Nowhere expand’d. No troubling of what such a “fear of Language” (or “language”) might mean or entail or how it might manifest itself. Just a bugaboo, a threat, that free-standing linguaphobe.