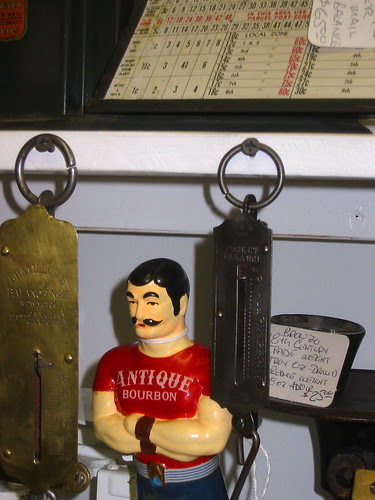 Scales with Figure of a Man

Steve Benson’s piece in the latest installment of The Grand Piano: An Experiment in Collective Autobiography, San Francisco, 1975-1980 (to be exhaustingly “formal” about it) negotiates “the shipwreck / Of the singular” (the epigraph is George Oppen’s—and, in the context, that “shipwreck” comes to represent the body, what each is “Obsessed, bewildered // By”) with no little savvy, and only occasionally hamper’d by the vagaries of psychological jargon that’ve marred earlier entries. Benson’s writing about how—beyond the never-ending process of “settling into” one’s sexual identity and habits, a thing invariably difficult, though likely moreso for gay individuals in the period in question—beyond that, Benson is confront’d with new (literary) constructs of “gay identity” (“the branding and codification that was ongoing in gay male culture at that time, unremittingly structuring and canonizing and valorizing”) and figuring out ways to respond to that. He salutes (and rejects) the “hilarious, moving, generous, and wry” stories of Bruce Boone and Robert Glück (“exemplary of a new gay literature”) with a somewhat wryly perceptive remark: “My actual affections for others, whether unfulfilled or complexly baffled, lent themselves to turgid, relentless melodrama of a self-demeaning ruminative kind I was not ready to find comedic or lucid in any way worthy of print’s equivocal integrity.” And seemingly settles avant la lettre into what he claims the “queer movement” eventually coalesced around, that is, a “feisty assertion of variance as value.” “Gay,” Benson writes, “honestly conceived, Whitmanesque, contains multitudes.” And, indeed, it is likely the case that Benson’s practices—along with Lyn Hejinian’s—prove the most various (least dogmatic?) of any of the Grand Pianists:

The ways I did conceive gayness . . . as value showed up in my writings and performances in variously obvious, pervasive and systemic ways, through costumes, undressing, changing clothes, through performances without advance plan or fixed focus, with arbitrary, often unduly awkward constraints, through reframes, pronoun changes, occlusions of identification, and inversions of sense and context, through willful shifts of syntax and expository intention mid-sentence and an elastic orientation toward narration, form, and address that refused stabilization while still insisting on any present state or statement as it is.

Writing with the (gay) body as such finding “form to some degree in the open fall (a.k.a. negative capability) of reorientations,” constant and restless and assertive reorientations. Even Benson’s vocabulary bespeaks the wanton body with its talk of “engaging the medium as something elastic, tensile, porous, mutable, everywhere resistant and yielding, immanent and ready to be overthrown.” Body of language, both angel of light and ruinous muddy tangible besmirch’d with use, the body intervenes with its taut sinews, its reeks, its rough-voiced warnings, its habitudes of use, and it shapes a body of work.

For Bob Perelman, the body is other (Le corps, c’est lui as Flaubert puts it in the one policier he wrote in Egypt with that stringbean Maxime du Camp), rarely (or barely) one’s own. The premier body is seemingly not the writer’s own, but the measuring body, the receptive / rejective body. Perelman deftly weaves together exemplary incidents of each: Norman Fischer’s reassuring laugh (“the embodied reaction”) at a shared (and grand) passage out of Coleridge’s Biographia Literaria and Barrett Watten’s attack (“violent repudiation”) of a Perelman-offer’d snippet of Robert Rauschenberg on method (“I put my trust in the materials that confront me because they put me in touch with the unknown. It’s then that I begin to work. When I don’t have the comfort of sureness and certainty. Sometimes Jack Daniels helps too . . .”) during a post-“Talks” discussion (after David Bromige’s “Intention & Poetry”). Lots here. The Rauschenberg line sounds like Keats’s “being in uncertainties, Mysteries, doubts, without any irritable reaching after fact and reason” with a dollop of sauce for good measure. That “Negative Capability” that fail’d Coleridge so spectacularly—I hadn’t known, or’d forgotten until just now, looking again at Keats’s letter in order to fossick out the line—how Keats himself sees Coleridge’s failing, pointing to how Coleridge “would let go by a fine isolated verisimilitude caught from the Penetralium of mystery, from being incapable of remaining content with half knowledge.” Donc, one suspects, Watten, whose sniping about Rauschenberg (“this huge figure of a self that’s being ‘acted on’ by these materials”) I’d read today as discontentment with (fear of) “half knowledge.” Which’d make Watten’s outburst parallel to what Perelman (unfairly, I think) calls “Coleridge’s gripe”: “a pedantic fulmination by the inventor of the clerisy (a vision of the professoriat).” Professor Coleridge, meet Professor Watten.

Because I enjoy Coleridge’s sass so much, here’s the passage Perelman lineates and abridges (slightly), follow’d by Perelman’s own enjoyable sass-reading of its “application for today.” Coleridge:

I have attempted to illustrate the present state of our language, in its relation to literature, by a press-room of larger and smaller stereotype pieces, which, in the present Anglo-Gallican fashion of unconnected, epigrammatic periods, it requires but an ordinary portion of ingenuity to vary indefinitely, and yet still produce something, which, if not sense, will be so like it as to do as well. Perhaps better: for it spares the reader the trouble of thinking; prevents vacancy while it indulges indolence; and secures the memory from all danger of an intellectual plethora. Hence of all trades, literature at present demands the least talent or information; and, of all modes of literature, the manufacturing of poems.

My enthusiasm didn’t arise from some trans-historical truth value of Coleridge’s words. While one could read the sniffy “Anglo-Gallican fashion” as anticipating contemporary tut-tutting over Derridean styles, read “unconnected epigrammatic periods” as a version of the New Sentence, and read “a press-room of larger and smaller stereotype pieces” as prefiguring Flarf’s internet appropriations, such more or less strained prophetic analogies are not what grabbed me. The excitement came from watching a powerful verbal boxer landing real blows: “spares the reader the trouble of thinking,” “prevents vacancy while it indulges indolence.” with the final ‘couplets’ [here, the final sentence] a vicious pair of one-two’s knocking poetry—or at least contemporary poetry, that hapless hostage to “the present state of our language”—clean out of the ring.

Reading, too late, and in terrific long gulps, the autumnal air beginning to flood in through the windows, Antonio Muñoz Molina’s moving Sepharad, translated by Margaret Sayers Peden. One thinks of W. G. Sebald’s hybrid fictional / non-fictional narratives, one thinks of Peter Weiss’s terrific The Aesthetics of Resistance (two volumes of which remain un-English’d). Mid-book, Muñoz Molina offers up what I read as vignette of’s technique:

For two or three years I have flirted with the idea of writing a novel, imagined situations and places, like snapshots, or like those posters displayed on large billboards at the entrance to a movie theater. That these stills were never in narrative sequence made them all the more powerful, freed them of the weight and vulgar conventions of a scenario; they were revelations in the present, with no before or after. When I didn’t have the money to go inside, I would spend hours looking at the photographs outside the theatre, not needing to invent a story to fit them together like pieces of a jigsaw puzzle. Each became a mystery, illuminating the others, creating multiple links that I could break or modify at my whim, patterns in which no image nullified the others or gained precedence or lost its uniqueness within the whole.

Written in discrete and not obviously sequenced chapters (“large billboards”), the book is ideogrammatic, surely a species of Shklovsky’s “plotless prose”—or, one’d say: “all narrative is local.” Lives get traced (most movingly, perhaps, those of some members of the regularly decimated German Communist Party, Willi Münzenberg and leader Heinz Neumann and their wives, the sisters Babette Gross and Margarete (Greta) Buber-Neumann, who, at “the death camp of Ravensbrück . . . listened to stories her friend Milena Jesenska told her about Kafka.”) The lines between invention and history cross and weave: I sit upright at the narrator’s announcement of finding “Arthur Koestler’s autobiography, Invisible Writing, published in London in 1954”: “I had bought that volume with the red binding and coarse yellow paper in a secondhand bookstore in Charlottesville, Virginia, one winter day in 1993. The store was in a red wooden building that reminded me a little of a cabin or a barn, at the edge of a snowy woods.” And one’s caught in the crosshairs of Muñoz Molina’s capacious technique, unable to “account” for that red bookstore (one reminds oneself, one left Charlottesville two years earlier), longing, though, to delineate the tangible, get one toehold on the “real.”