Out Swimming with Asklepios 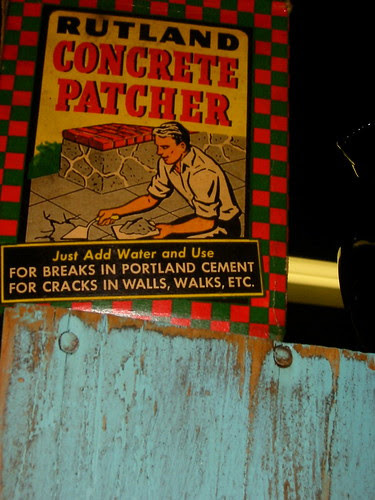 A week dawdled away just south of Elk Rapids, swimming sandbar to sandbar out into the East Arm of Grand Traverse Bay, lazing in the wind-pummel’d blue to see the Caspian terns rifle by. High bluffs of cherry orchards and sunflowers, the usual junk emporiums (and its desperadoes), the remainders in the cellar of Horizon Books in Traverse City, generally good for coughing up a couple of five dollar numbers: John Banville’s Prague Pictures: Portrait of a City and Wu Ming’s 54, translated by Shaun Whiteside, work of the anonymous Italian collectivity (of five) whose name means “no name” in Mandarin. I transport’d a deadweight of books north and read (ignoring a few chapters of Melville’s Israel Potter) only one: Cees Nooteboom’s rather minuscule The Following Story (1993), translated out of the Dutch by Ina Rilke. Epigraph’d by Theodor Adorno (Notes on Literature, II): “Modesty hesitates to express metaphysical concepts directly; if one tries, one delivers oneself up to jubilant misunderstanding.” Because I conceive of Adorno as rarely “jubilant” about anything, because I love Jonathan Williams’s title Jubilant Thicket with the Harry Callahan pubic tangle (demurely call’d Cape Cod, 1972) gracing its cover, because “jubilant misunderstanding” ’s got echoes of Beckett’s “fail better” or Stevens’s “The poem must resist the intelligence / Almost successfully” or Stevens’s “Lean encyclopædists” or Stevens’s “cloud-pole / Of communication”: look what occurs if one, stymied, decides to open the book of Stevens. I did pursue a translation with some vigor, roughing it out, going a little courser-batty hunting down possible unbeknownst (by me) idioms: of Emmanuel Hocquard’s 2007 Conditions de Lumière: Élégies. And somehow, particularly whilst out swimming (“the body whole, working perfectly”), the two books, Nooteboom’s and Hocquard’s, twined up against one another, interloop’d, tangled. I suppose one’d say, too broadly, that Nooteboom’s writing about “time, narrative time” and Hocquard “the changeable ‘look’ of things.” Which is to say each is a memoirist, an elegist. Nooteboom’s broodings about time (“time is an enigma, an intractable measureless phenomenon into which, out of sheer helplessness, we have introduced a semblance of order. ‘Time is the system that must prevent everything from happening at once.’ I had caught that sentence in midair, so to speak, coming from the radio one day . . .”) seem’d to transform into measured and genteel havockings about the conspiracies of light:

. . . there are nights when the stars are out to strike fear into us, and this was one of them. I had never seen so many stars. I felt as if I could hear them above the sound of the sea, calling to us, longing, angry, jeering. Due to the absence of all other light, they encircled us like a dome, light-holes, light-gravel, laughing at the names and numbers we had given them long ago in the belated second of our appearance on earth. They were ignorant of their names, of the bizarre shapes our limited eyes had once seen in them—scorpions, horses, serpents, lions of burning gas—and far below them we stood, suffused with the ineradicable notion that we were standing at the very center, with far beneath us another closed dome, a safe, spherical screen all around us which would present itself forever in the same guise.

(Perfect, certes, for one lolling out in the blue of the East Arm, looking up into the whole big welter of blue, disfigured only by the series of spit-clouds running along the land that runs out to Old Mission, land that “divides” the water, making East Arm identifiably something “other,” West Arm too.) Nooteboom’s invasion into Hocquard’s “changeable ‘look’ of things” occurs in the next paragraph:

I . . . looked at the others. There was nothing to prove it, but they had changed—no; they had changed again. Things were disappearing, lines were missing. I kept seeing part of someone’s mouth or not, or an eye, for the tiniest fraction of a second their identity would be gone; then I would see the body of one through that of another, as if their solidity were being dismantled, and at the same time the radiance of what was still visible intensified. If it didn’t sound so absurd, I would have said that they were luminous.

Put against—for the sense of the decipherable part of the Nooteboom-Hocquard mind-braid—the third (of twenty-one) sequence of Conditions de Lumière, rough, excising (with the sudden whim of the imperatrice) whatever counter-readings I noted or intended, making a “thing unchangeable” out of a week of lovely flux. The attraction of translating is surely that processual sense of constructing a work of innumerable spinning plates, none of which need topple or stop. Hocquard:

Each to its page. A thousand minor adjustments possible. Tempt’d to hoodwink the enterprise, knot up a harness to fetch the word-regiments into one’s own turf, cut loose with a volley of different intent (one’s own), to hell with accuracy and couth. (Some’d say I did that anyways.) One notes: how fraught with hair-trigger traps the translated is! A single lapse of diction enough to blow the whole thing to smithereens—make of it something entirely different! And how lumbering and hide-bound and witless one’s “own” work appears next to it! Skin of a bull elephant. Or it is ding’d and malleable, a cloud-jalopy, a fume, a rough-houser! Tough canvas bolster with legs, clod of no finesse whatsoever! One might replace all of its words and still, a nigh-identical poem’d remain.

Side marks. The big bald eagle up in a white pine like an old overcoat flung there, with scarf, rumpled, white. My father noting a geological shift—some combo of sand, vegetation, elevation—coming down a slight incline just shy of Clare: “Here’s where the North Country ends.” Nooteboom’s talk of “owing a cock to Aesculapius”—“which I say to show them that I want to die in this world, the world of reality,” And a radio announcer—near Grayling, or maybe with my brother returning up out of the jaunt to several barns full of rusty traps (fox, weasels, mink, &c.) and sack’d cane chairs and the most God-forsook mildew’d collection of books and magazines ever in Rapid City—saying how Neil Young insists, particularly of late, on “the real.” 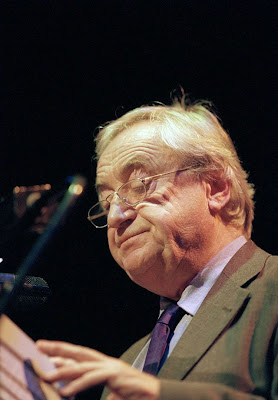