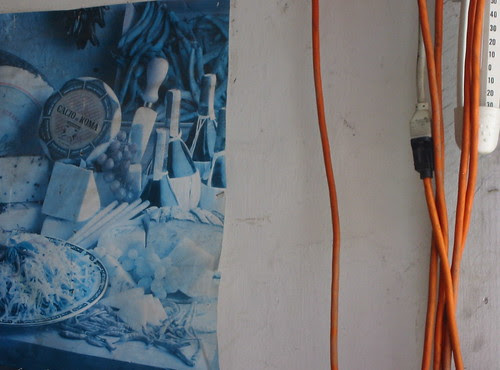 My immediate sense is that Carl Martin’s earlier work (in Genii Over Salzburg) owed less to John Ashbery (who champion’d it) than the newer stuff: the Genii pieces immoderate, sui generis, awe-compelling the way stumbling up against, say, Georg Trakl is. Here’s “The Vision” out of the 1998 book:

The shrill, militaristic scream
Of a bird
Over the Baltic sea
Is as dented, gray
As a warboat’s hull, its white wind

Captain’s compass, in the pilot-
Cabin console reflecting clouds.
A witch’s memory
Of Walpurgisnacht, conjured up.
Needle and ice.

Watchfires at sea are an illusion,
A desert’s swill mirage
Spilling into the sailor’s eye.
Homeward to port the sickness leans
Off balance like a drunk.

The ropes are fouled
That anchor cloud to sea, gull to ocean
Like wings of Bismarckian gold
Rain seeds the waters with red.
A corpse like a scarecrow rises into the sky.

One senses less (result of shorter lines, clip’d sentences) of the demotic swell and omnivorous chattiness one sees in the later book, even in its short pieces. “The Vision” dons a nigh-syllogistic patter (or, more precisely, pattern): bird to sea, boat to wind, compass to clouds, needle to ice, mirage to eye, rain to waters, corpse to sky. All being somehow insertions. A threnody of particulars-in-relation moving through the brainbox, expiring one by one by replacement. If one sees a hint of Ashbery invading the pukka Martin (in crazy nonce-trounced botanical sparring one thinks of, say, garlic mustard up against buckthorn, two unexpulsibles “de-naturing” the suburban lawn), no matter: there’s plenty of heart-stopping mischief here, with effects identifiably Martin’s own. Here’s “White Cargo”:

As the adverse account shoos flies
there are still remnants of the dynastic fan.
Golf balls are tinder in the muzzle of art.
Camels like glittering ashtrays in the barber’s mirror
sink to their knees with domino teeth:
an advert for a fleshy deck of cards. Only
a straight razor separates hell from marriage.
And if camels are marriageable they adorn
the stern of this ancient bateau-citerne: The captain
smiling like a mule. How fitting for the French coast!
Noël, old boy, pass the oxygen—would you?

Still, there’s that highly palpable sense that this is verging on a logical (paraphraseable) sense—is not “merely” surreal. It puts it into the territory of the uncanny, limn’d hints of the beyond, unknowable and unveil’d. (Surrealism rarely does so: in the hands of most of its adherents it becomes tedious, mechanical, predictably “zany.”) Not to say Martin’s forebears all fall out of the German Romantics, the French Surrealists, the Ashbery world-whorling centrifuge of the cavernous or swampy American ear. Look how Martin rewrites Stevens, and comes out looking like the King of the Ghosts!

NO SOP, NO POSSUM, NO JIVE

We must pit ourselves brutally,
testing the tar and pitch
of immaculate forefathers. Ditto, etc.
X-temporizing, scrounging luxuriously
as we climb intricate cobs, nipples
and rosy vellums inscribed with an oriole.
I see no further than this, though
I’ve been lower, into hell’s orifice;
popped back in like a rabbit!

Do I think that I could “explicate” that? I don’t know. I’d make “in” (as opposed to “out”) in the final line carry extraordinary weight. I’d make “pit” and “orifice” echo. I’d make the dismissive “Ditto, etc.” a way of climbing up those damn “rosy vellums” (see fine printing, see the history of American poetry as a history of upper-class privilege) into the “heights” of the American tree (with the tar-capable and pitch-capable—all sorts of senses bouncing around) “forefathers,” those “immaculate” “X”es. I’d make noise about the sound relations between pit and pitch, and brutally and luxuriously, vellum and hell, oriole and orifice. I’d likely get into the knotty politics of vernacular appropriation and recuperation, that who’s-zooming-whom question. And I doubt any of that’d make the piece my familiar, or any less odd, preternaturally so. Or look how Martin puts the burden on some sophisticated scat (kin to Harryette Mullen’s Muse & Drudge, leastwise by way of a shared parentage in “traveling bag” blues and shouts, all the tremendous gumbo of the African / American diaspora:

The wharf is dripping the sounds are gripping
in the conch shell diddle de possum belle ripping
the seagulls like spots on a shoe
Could this be the right fight the selectively high kite
in this final year of my dusky farewell?

O say can you ask the black traveling bag does he
hold the demanding the soul sifting canister
world-war annoying hell’s circuit of stars!

I’ve flown farther still than the old Father Guild
picking and singing the cotton-gin moonlight
delighting and wooing candy cane in the chair-posts
before running to Tara and tarrying still.

But sense without feeling still ain’t worth a pence,
it’s the cribbing and snuffing that runs up the candle
and babies come tumbling like tubas from Sousa.
Let’s give it a heyday for widows in black!

In Martin’s work, the temptation to point to precursors in the lingual adventures of, say, Joseph Ceravolo or Clark Coolidge, probably ought to be “quash’d without emoting.” One might better (here) point too Mother Goose (“the seagulls like spots on a shoe” = “the dish ran away with the spoon”). The details (words) pick’d seem too precise, and point beyond “simple” sound-material, rhythm-material to summonings educed with deliberation if not intent. Even lines like “The vexing crater is weary and astute: / a molten ox eye, a chute of dreams” (in “Landscape It’s ‘OK’ to Sleep With, Really”) seek and avoid “the blank tube of reflection” to move with confidence toward “meaning unearthed.” Martin puts it magnificently, the way that saying (anything) negotiates not saying (anything much), every attempt at speech “merely an entrance”: “taut words are amazing / in their overabundance, their rummy cadence, their dissatisfaction.” Surfeit of satisfaction, though, in the saying of it “like that.” 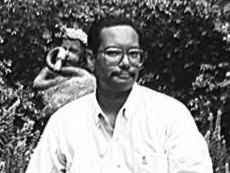 A PENCIL COVER’D WITH TOOTH MARKS

A sunset is an intellectual phenomenon.
Fernando Pessoa / Bernardo Soares

The apparatus always shoos one off its engine
So entirely the pulse of the thing continually beckons, its
Finger crook’d and moist. Three crows meander
Around a sundial, beaking things aimlessly, uttering
Nonce words. One’s wearing an old school tie,
Reunion of sorts. I don’t think there’s any need
To apply pressure to a landscape like that by
Bargaining with possible simulacra: it is, as the gals
At the launderette say, what it is. They’re talking
About what couplings occurred after last call at Benno’s,
Resignedly talking about troubles “better than
No troubles at all.” Alliance in a leer, its tiniest fire.