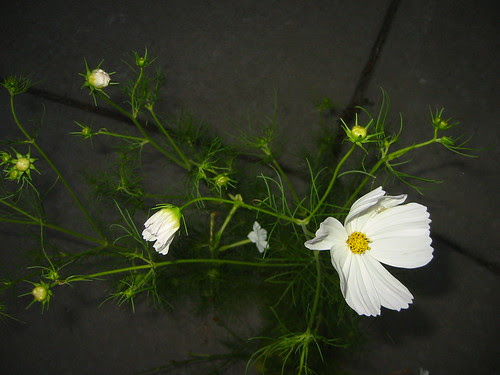 3
Bob who? is what the yonkers say, salience another word for sticking out one’s tongue. The everyday is hid: that is one definition of the everyday. It is the forlorn history of a quarrel with history that makes the everyday shy off unuseably. A walk into the blacking night, out where the katydids do brushes, snared by summer’s end. Reading a page of Greek history each night, stalking a sense of contiguity in the land’s scar, cut by fire, the burning of dead warriors made one day on the Scamander plain. “Age” ought to go in the title of any story about the everyday: “The Age of the Everyday.”
To prevent, deter, distract, thinking
Heists itself up into pitch
And glyph, and so ceases.
Its wild impermeable empirical suck
Gone to smithereens of thought,
Saleable courtesy cards, oily personal
Cups of munchies, master mixes.
Or the yellow sun arrives
Tintinnabulating like a cymbal struck
And a morning begins with
A walk under the cyanide-
Color’d sky, feet a retort
To the brain’s selectable capsules.
A rabbit nuzzling into clover.
One awaits the pitch and
Yaw of turbulence that signals
A dash beyond the common-
Place utility-mongering, out into
A field tassel’d with asters,
Goldfinches bouncing in flight, singing
On the run. The vocabulary
Of obscenity is not easy,
The vocabulary of the everyday
Smudges out beyond the bandwidth
Required for its receipt, it
Is grunt and sigh, clipped
Off vocables and shrugs. A
Radio is a rhythm.

Rae Armantrout’s short offering in the sixth volume of The Grand Piano traverses gender’d territory between The Feminine Mystique (“the unexplained restlessness of housewives stranded each morning with their vaunted new appliances”—a terribly ’fifties scene in the Viewfinder; today it is all of us, inexplicably empty-head’d and lacking all will in the vasty post-surf space of our sleek “laptop and venti-sized chai” run-ins with the world) and Kathy Acker’s “radical surgery on the canonical text, removing some part of it and replacing it—absurdly, daringly, glaringly—with some version of herself.” And, quoting opening lines of a 1987 poem titled “Necromance,” Armantrout slightly shifts the George Oppen lines of the volume’s epigraph (“Obsessed, bewildered // By the shipwreck / Of the singular”) to read: “The Siren always sings / like this. Morbid / glamour of the singular.” And, in fine self-explicatory fettle, claims that (in the poem) the song of the Sirens “is connected with an attractive aesthetic which celebrates precision and, implicitly, identity”:

The desire for the singular runs deep in Western culture. The siren song may be luring explorers to search for the smallest, indivisible particle of matter, for instance, or for the “mot juste.” In either case, the poem implies the search is doomed from the start. The beauty of the classical Sirens’ song drove men mad and, presumably, caused shipwrecks.

A goodly and palatable fining down, and succinctly limn’d. It puts singularity in the hoosegow of the helpless, the drawn, the garreteer. A singularity in physics is that unresolvable point where all human-made laws collapse into gibberish. What, though, to extend Armantrout’s meditation, of the siren song of community, the “scene,” that “glam” storm of yea-saying glitter and competitive grutch? Isn’t that, in fact, the more suasive of the Sirenic regimens? Isn’t it there that the blood-rush of sheer number whelms up to quash (the helpless, the drawn, the garreteer)? “Of being numerous,” indeed: at what point’s the fecund gaiety of “the gang’s all here”—coterie junction—tip into the commandeering kind of morbidity of the mob, with its own brand of “morbid glamour”?